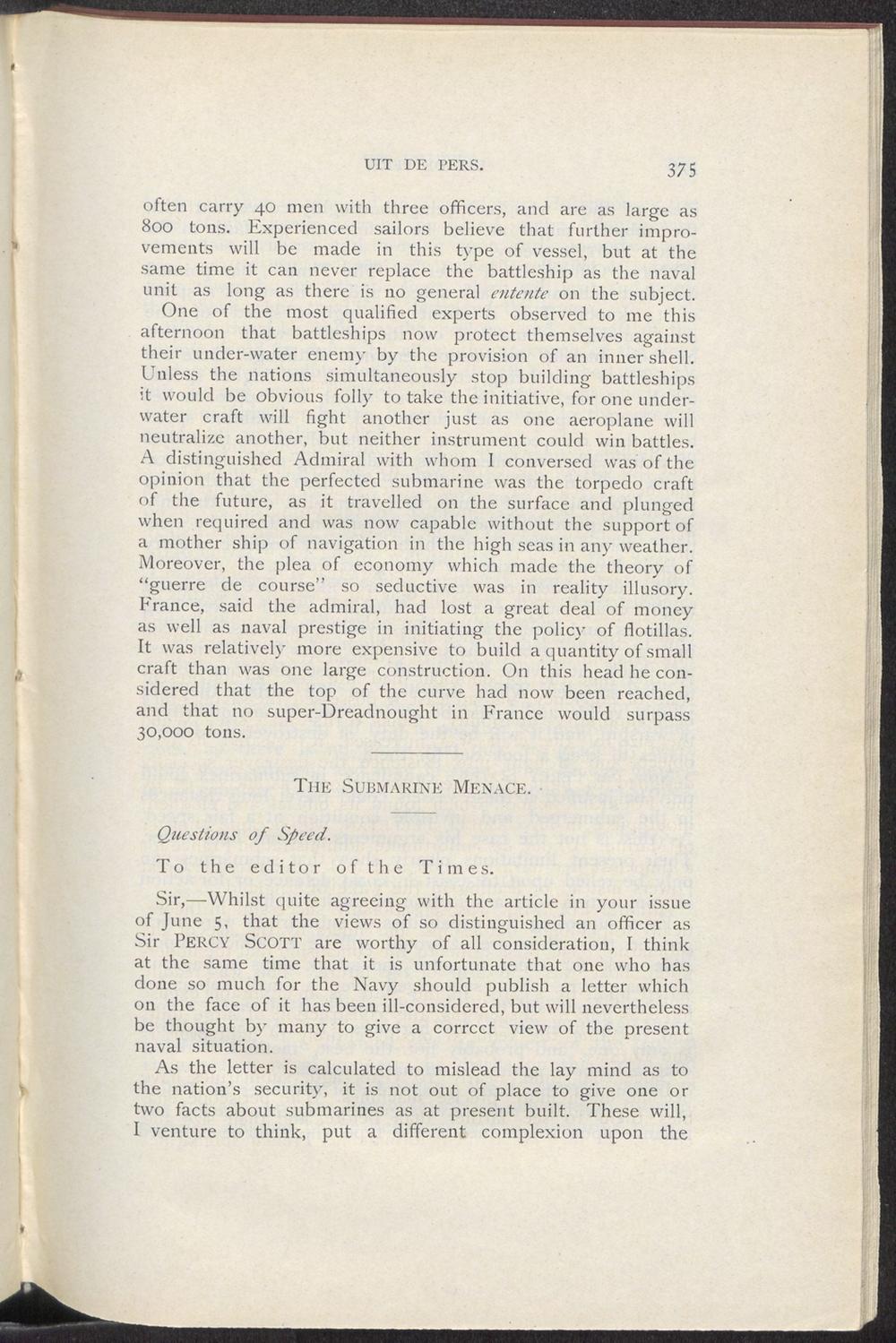 often carry 40 men with three officers, and are as large as 800 tons. Experienced sailors believe that further improvements will be made in this type of vessel, but at the same time it can never replace the battleship as the naval unit as long as there is no general entente on the subject.

One of the most qualified experts observed to me this afternoon that battleships now protect themselves against their under-water enemy by the provision of an inner shell. Unless the nations simultaneously stop building battleships it would be obvious folly to take the initiative, for one underwater craft will fight another just as one aeroplane will neutralizc another, but neither instrument could win battles. A distinguished Admiral with whom I conversed was of the opinion that the perfected submarine was the torpedo craft of the future, as it travelled on the surface and plunged when required and was now capable without the support of a mother ship of navigation in the high seas in any weather. Moreover, the plea of economy which made the theory of "guerre de course" so seductive was in reality illusory. France, said the admiral, had lost a great deal of money as well as naval prestige in initiating the policy of flotillas. It was relatively more expensive to build a quantity of small craft than was one large construction. On this head he considered that the top of the curve had now been reached, and that no super-Dreadnought in France would surpass 30,000 tons.

To the editor of the Times.

Sir,—Whilst quite agreeing with the article in your issue of June 5, that the views of so distinguished an officer as Sir percy Scott are worthy of all consideration, I think at the same time that it is unfortunate that one who has done so much for the Navy should publish a letter which on the face of it has been ill-considered, but will nevertheless be thought by many to give a correct view of the present naval situation.

As the letter is calculated to mislead the lay mind as to the nation's security, it is not out of place to give one or two facts about submarines as at present built. These will, I venture to think, put a different complexion upon the