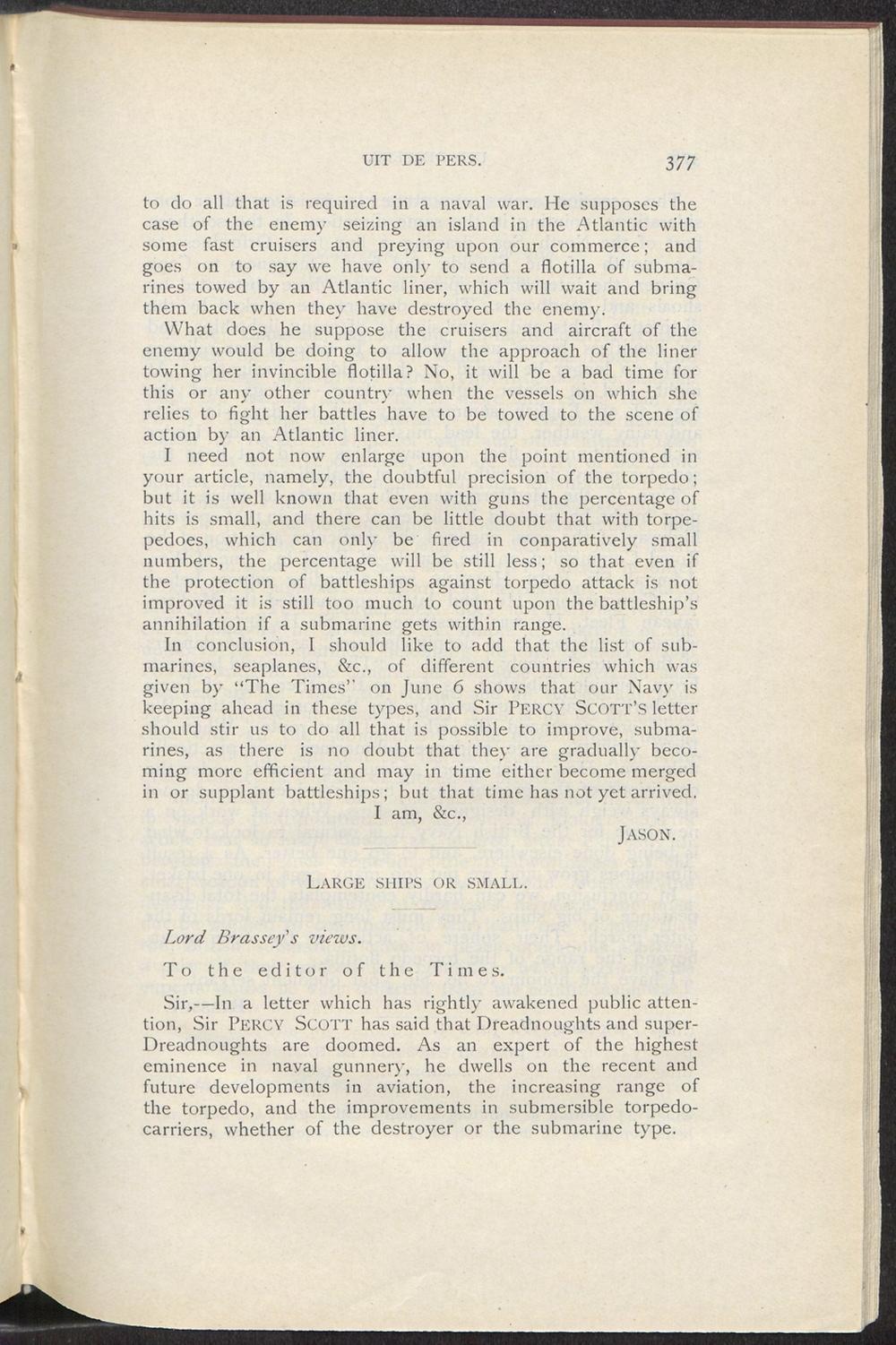 to do all that is required in a naval war. He supposes the case of the enemy seizing an island in the Atlantic with some fast cruisers and preying upon our commerce; and goes on to say we have only to send a flotilla of submarines towed by an Atlantic liner, which will wait and bring them back when they have destroyed the enemy.

What does he suppose the cruisers and aircraft of the enemy would be doing to allow the approach of the liner towing her invincible flotilla? No, it will be a bad time for this or any other country when the vessels on which she relies to fight her battles have to be towed to the scène of action by an Atlantic liner.

I need not now enlarge upon the point mentioned in your article, namely, the doubtful precision of the torpedo; but it is well known that even with guns the percentage of hits is small, and there can be little doubt that with torpepedoes, which can only be fired in conparatively small numbers, the percentage will be still less; so that even if the protection of battleships against torpedo attack is not improved it is still too much to count upon the battleship's annihilation if a submarine gets within range.

In conclusion, I should like to add that the list of submarines, seaplanes, &c, of different countries which was given by "The Times'' on June 6 shows that our Navy is keeping ahead in these types, and Sir percy scott's letter should stir us to do all that is possible to improve, submarines, as there is no doubt that they are gradually becoming more efficiënt and may in time either become merged in or supplant battleships; but that time has not yet arrived. I am, &c,

To the editor of the Times.

Sir,—In a letter which has rightly awakened public attention, Sir Percy Scott has said that Dreadnoughts and superDreadnoughts are doomed. As an expert of the highest éminence in nayal gunnery, he dwells on the recent and future developments in aviation, the increasing range of the torpedo, and the improvements in submersible torpedocarriers, whether of the destroyer or the submarine type.