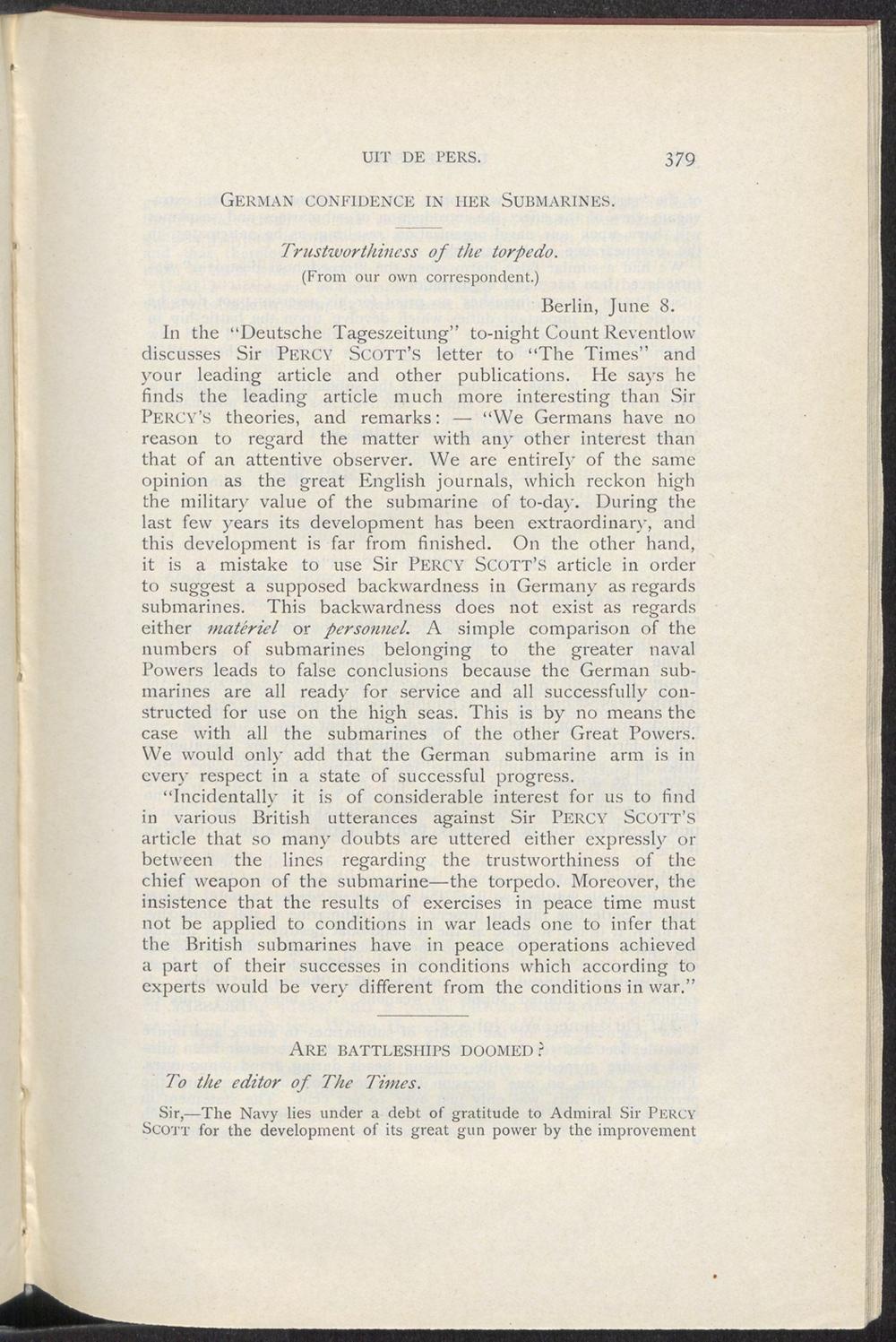 German confidence in her Submarines.

Trustworthiness of the torpedo. (From our own correspondent.)

In the "Deutsche Tageszeitung" to-night Count Reventlow discusses Sir percy Scott's letter to "The Times" and your leading article and other publications. He says he finds the leading article much more interesting than Sir pergy's theories, and remarks: — "We Germans have no reason to regard the matter with any other interest than that of an attentive observer. We are entirely of the same opinion as the great English journals, which reckon high the military value of the submarine of to-day. During the last few years its development has been extraordinary, and this development is far from finished. On the other hand, it is a mistake to use Sir Percy Scott's article in order to suggest a supposed backwardness in Germany as regards submarines. This backwardness does not exist as regards either matériel or personnel. A simple comparison of the numbers of submarines belonging to the greater naval Powers leads to false conclusions because the German submarines are all ready for service and all successfully constructed for use on the high seas. This is by no means the case with all the submarines of the other Great Powers. We would only add that the German submarine arm is in even- respect in a state of successful progress.

"Incidentally it is of considerable interest for us to find in various British utterances against Sir Percy scott's article that so many doubts are uttered either expressly or between the lines regarding the trustworthiness of the chief weapon of the submarine—the torpedo. Moreover, the insistence that the results of exercises in peace time must not be applied to conditions in war leads one to infer that the British submarines have in peace operations achieved a part of their successes in conditions which according to experts would be very different from the conditions in war."

Are battleships doomed ? To the editor of The Times.

Sir,—The Navy lies under a debt of gratitude to Admiral Sir Percy Scott for the development of its great gun power by the improvement