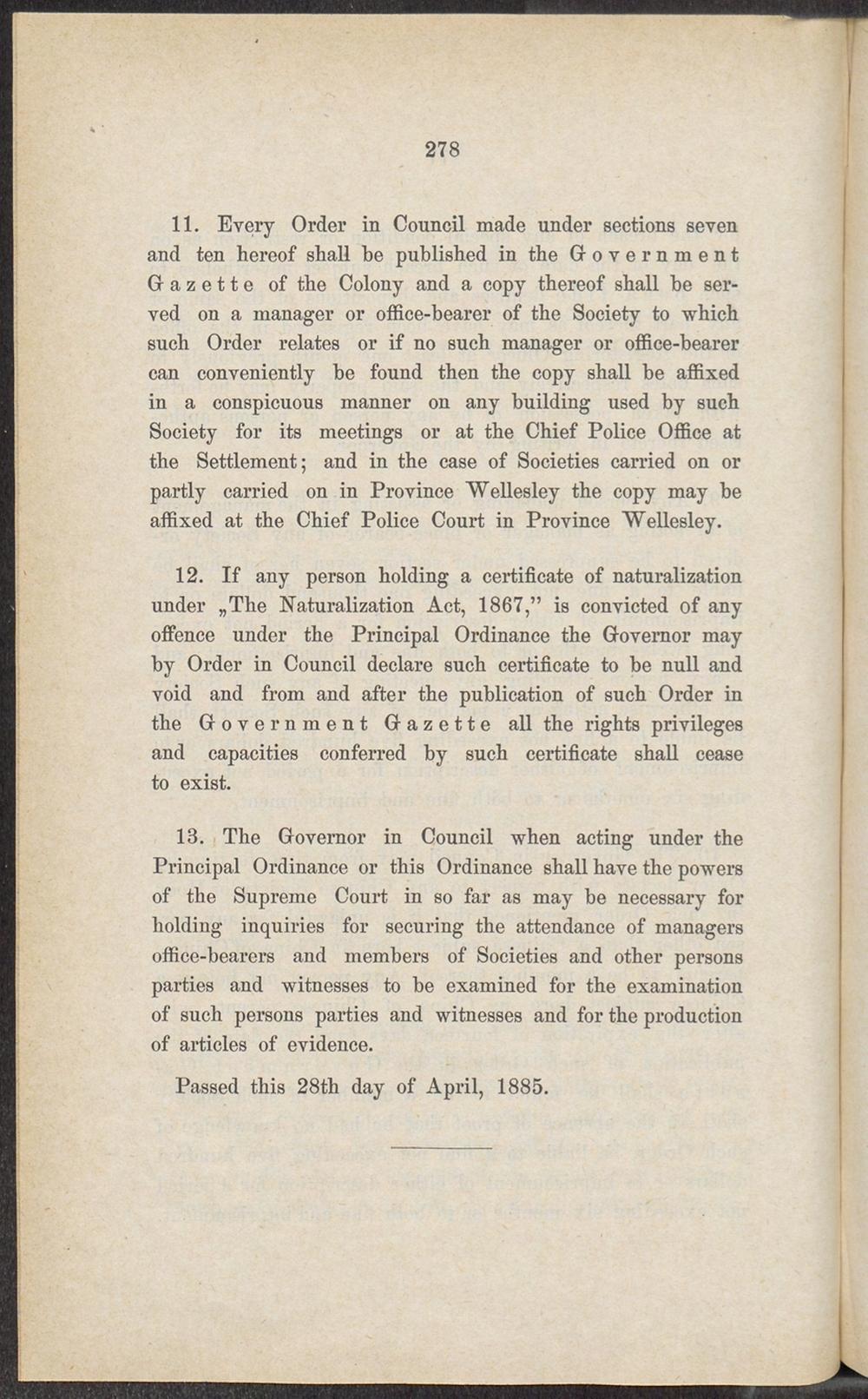 11. Every Order in Council made under sections seven and ten hereof shall he published in the Government G a z e 11 e of the Colony and a copy thereof shall be served on a manager or office-bearer of the Society to which such Order relates or if no such manager or office-bearer can conveniently be found then the copy shall be affixed in a conspicuous manner on any building used by such Society for its meetings or at the Chief Police Office at the Settlement; and in the case of Societies carried on or partly carried on in Province Wellesley the copy may be affixed at the Chief Police Court in Province Wellesley.

12. If any person holding a certificate of naturalization under „The Naturalization Act, 1867," is convicted of any offence under the Principal Ordinance the Governor may by Order in Council declare such certificate to be null and void and from and after the publication of such Order in the Government Gazette all the rights privileges and capacities conferred by such certificate shall cease to exist.

13. The Governor in Council when acting under the Principal Ordinance or this Ordinance shall have the powers of the Suprème Court in so far as may be necessary for holding inquiries for securing the attendance of managers office-bearers and members of Societies and other persons parties and witnesses to be examined for the examination of such persons parties and witnesses and for the production of articles of evidence.