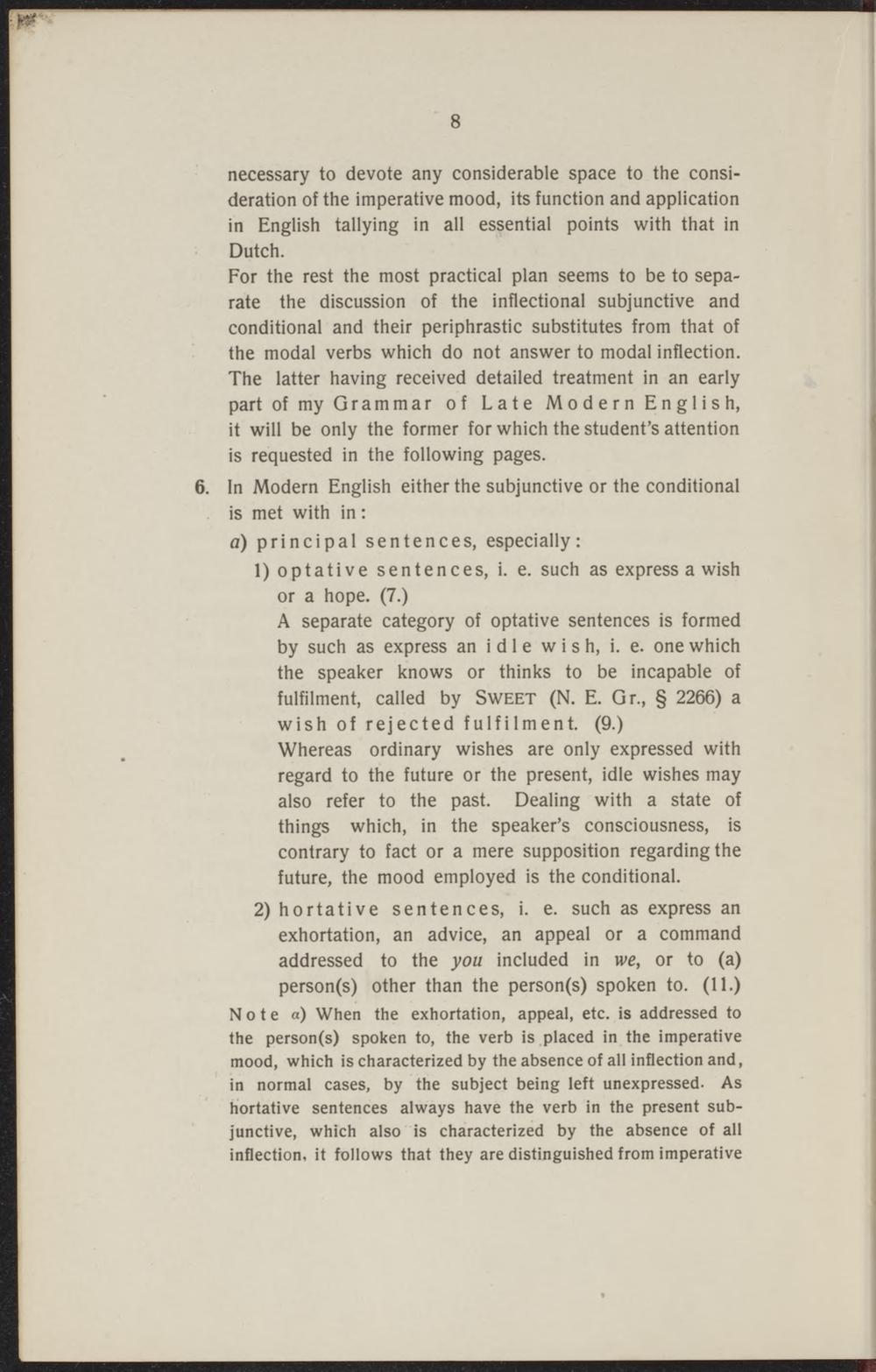 necessary to devote any considerable space to the consideration of the imperative mood, its function and application in English tallying in all essential points with that in Dutch.

For the rest the most practical plan seems to be to separate the discussion of the inflectional subjunctive and conditional and their periphrastic substitutes from that of the modal verbs which do not answer to modal inflection. The latter having received detailed treatment in an early part of my Grammar of Late Modern English, it will be only the former for which the student's attention is requested in the following pages. 6. In Modern English either the subjunctive or the conditional is met with in:

A separate category of optative sentences is formed by such as express an i d 1 e wish, i. e. one which the speaker knows or thinks to be incapable of fulfilment, called by Sweet (N. E. Gr., § 2266) a wish of rejected fulfilment (9.) Whereas ordinary wishes are only expressed with regard to the future or the present, idle wishes may also refer to the past. Dealing with a state of things which, in the speaker's consciousness, is contrary to fact or a mere supposition regarding the future, the mood employed is the conditional.

2) hortative sentences, i. e. such as express an exhortation, an advice, an appeal or a command addressed to the you included in we, or to (a) person(s) other than the person(s) spoken to. (11.)