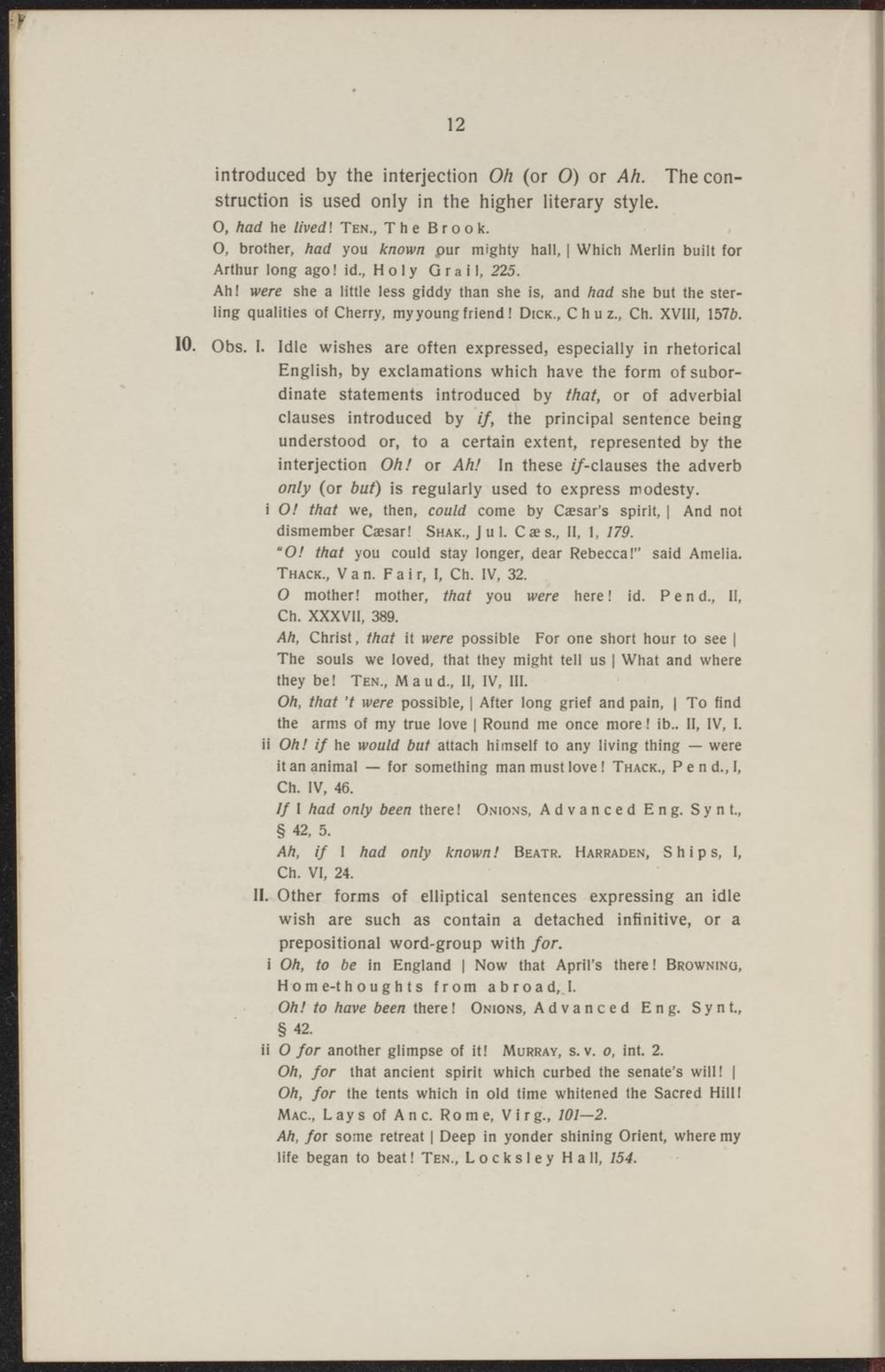 introduced by the interjection Oh (or O) or Ah. The construction is used only in the higher literary style. O, had he Uvedl Ten., The Brook.

Ahl were she a Httle less glddy than she is, and had she but the sterling qualities of Cherry, myyoungfriendl Dick., Chuz, Ch. XVIII, 1576.

Obs. I. Idle wishes are often expressed, especially in rhetorical English, by exclamations which have the form of subordinate statements introduced by that, or of adverbial clauses introduced by if, the principal sentence being understood or, to a certain extent, represented by the interjection Oh.' or Ah! In these //-clauses the ad verb only (or but) is regularly used to express modesty.

Ah, Christ, that it were possible For one short hour to see | The souls we loved, that they might teil us | What and where they be! Ten., Maud., II, IV, III.

II. Other forms of elliptical sentences expressing an idle wish are such as contain a detached infinitive, or a prepositional word-group with for.

i Oh, to be in England | Now that April's there! Browning, Home-thougbts from abroad, I.

Oh, for that ancient spirit which curbed the senate's willl | Oh, for the tents which in old time whitened the Sacred Hilll Mac, Lays of Anc. Rome, Virg., 101—2. Ah, foi some retreat | Deep in yonder sbining Oriënt, where my life began to beat! Ten., Locksley Hall, 154.