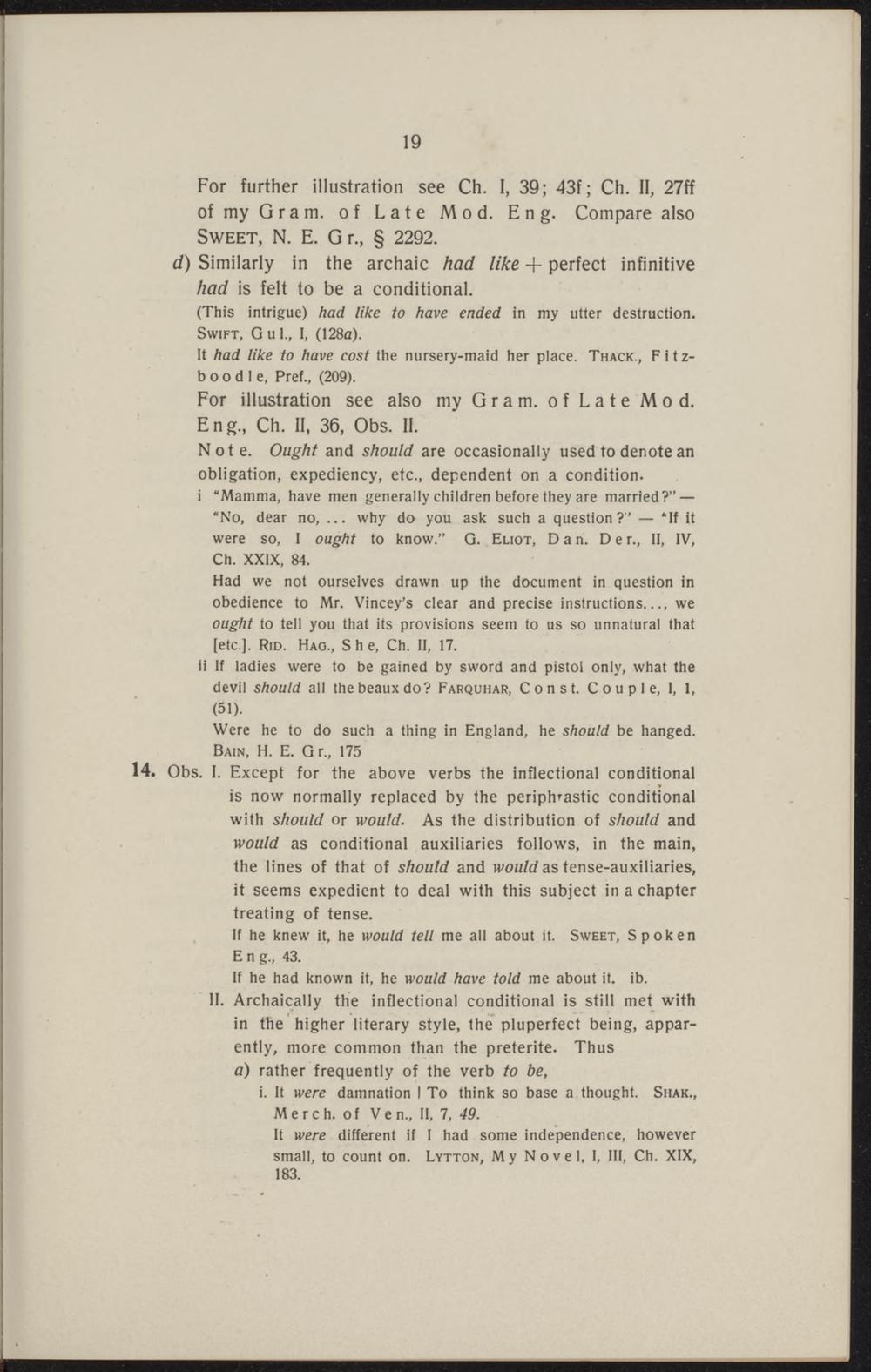 Note. Ought and should are occasionally used to denote an obligation, expediency, etc, dependent on a condition.

Had we not ourselves drawn up the document in question in obedience to Mr. VIncey's clear and precise instructions,.., we ought to teil you that its provisions seem to us so unnatural that [etc.]. Rid. Hao, She, Ch. II, 17.

ii If ladies were to be gained by sword and pistol only, what the devil should all thebeauxdo? Farquhar, Const. Coup le, I, 1, (51).

Were he to do such a thing In England, he should be hanged.

Bain, H. E. Gr, 175 14. Obs. I. Except for the above verbs the inflectional conditional is now normally replaced by the periphrastic conditional with should or would. As the distribution of should and

. would as conditional auxiliaries follows, in the main, the lines of that of should and would as tense-auxiliaries, it seems expediënt to deal with this subject in a chapter treating of tense.

If he had known It, he would have told me about it. ib. II. Archaically the inflectional conditional is still met With in fhe higher literary style, the* pluperfect being, apparently, more common than the preterite. Thus a) rather frequently of the verb to be,