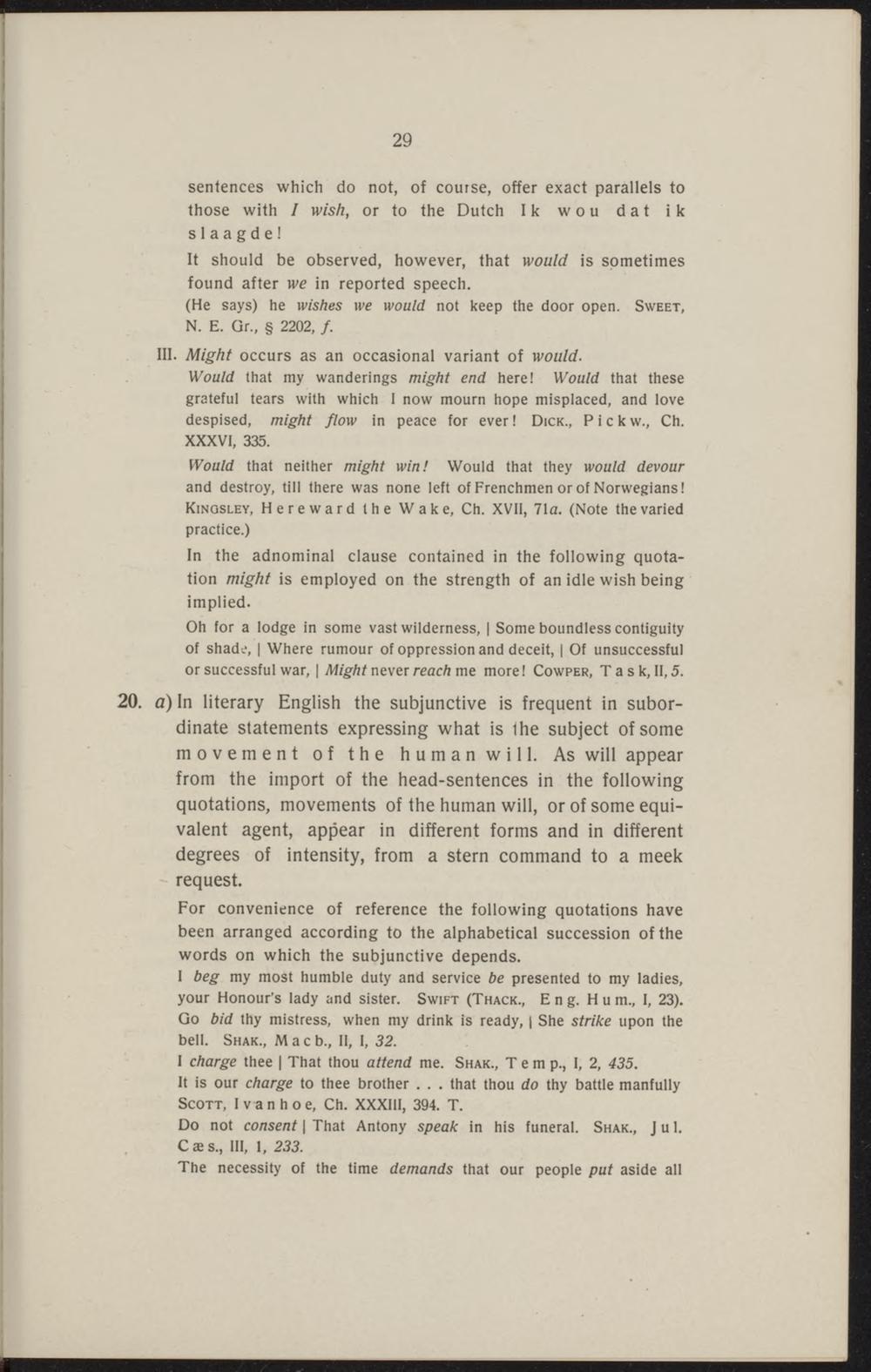 sentences which do not, of course, offer exact parallels to those with / wish, or to the Dutch Ik wou dat ik slaagdel

It should be observed, however, that would is spmetimes found after we in reported speech.

III. Might occurs as an occasional variant of would.

Would that my wanderings might end herel Would that these grateful tears with which I now mourn hope misplaced, and love despised, might flow in peace for everi Dick, Pickw, Ch. XXXVI, 335.

Would that neither might win! Would that they would devour and destroy, till there was none left of Frenchmen or of Norwegians! Kinosley, Hereward the Wake, Ch. XVII, 71a. (Note thevaried practice.)

In the adnominal clause contained in the following quotation might is employed on the strength of an idle wish being implied.

Oh for a lodge in some vastwilderness, | Some boundless contlguity of shade, | Where rumour of oppression and deceit, | Of unsuccessful or successful war, | Might never reach me more! Cowper, Ta sk, 11,5.

a)In literary English the subjunctive is frequent in subordinate statements expressing what is the subject of some movement of the human will, As will appear from the import of the head-sentences in the following quotations, movements of the human will, or of some equivalent agent, appear in different forms and in different degrees of intensity, from a stern command to a meek request.

For convenience of reference the following quotations have been arranged according to the alphabetical succession of the words on which the subjunctive depends. I heg my most humble duty and service be presented to my ladies, your Honour's lady and sister. Swift (Thack, Eng. Hum, I, 23). Go bid thy mistress, when my drink is ready, | She strike upon the belI. Shak, Macb, II, I, 32.

It is our charge to thee brother . . . that thou do thy battle manfully