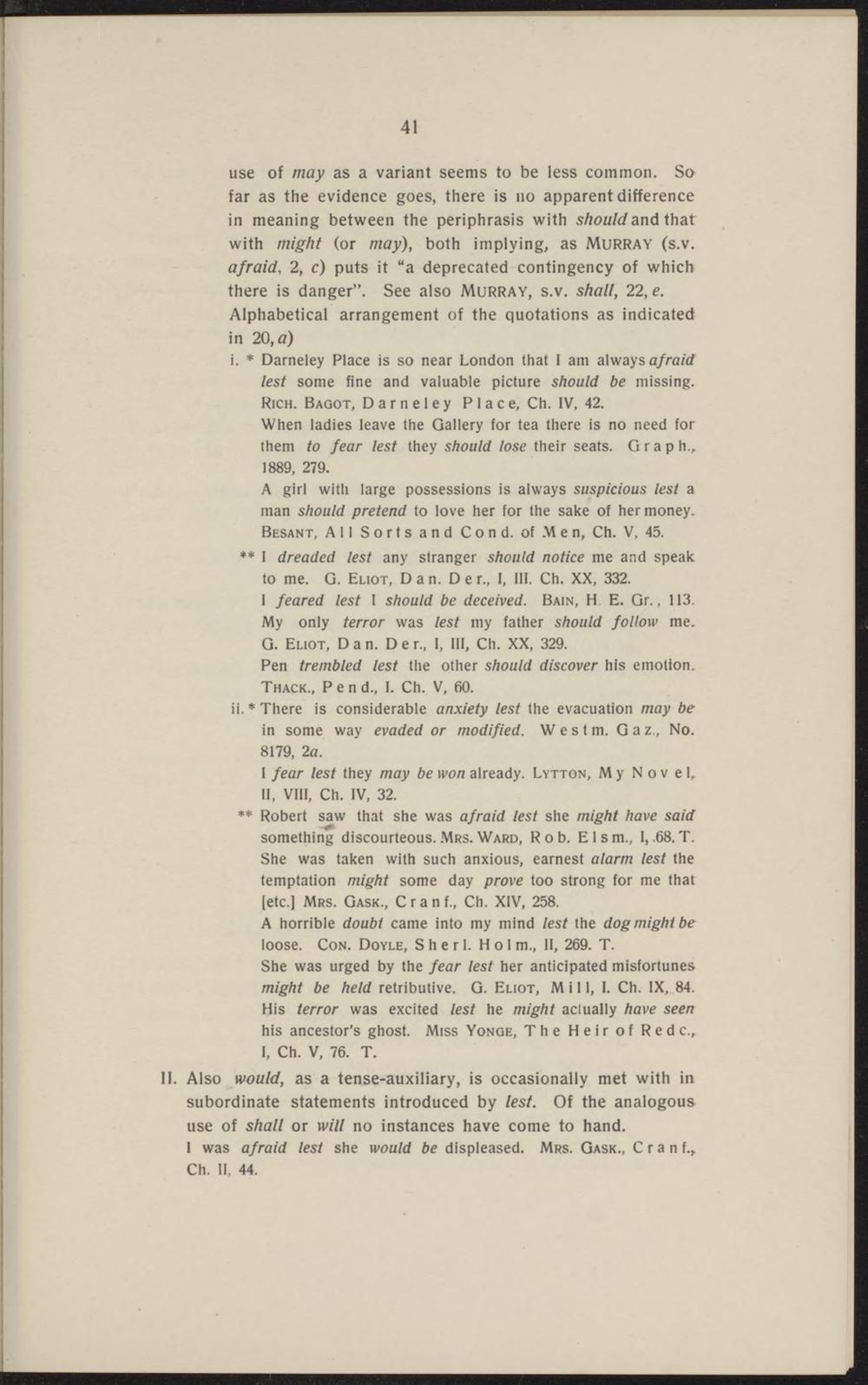 use of may as a variant seems to be less common. So far as the evidence goes, there is no apparent difference in meaning between the periphrasis with should and that with might (or may), both implying, as Murray (s.v. a/raid, 2, c) puts it "a deprecated contingency of which there is danger". See also Murray, s.v. shall, 22, e. Alphabetical arrangement of the quotations as indicated in 20, a)

i. * Darneley Place is so near London that I am always af raid

lest some fine and valuable picture should be missing. Rich. Baoot, Darneley P1 a c e, Ch. IV, 42. When ladies leave the Gallery for tea there is no need for them to fear lest they should lose their seats. Grap h, 1889, 279.

ii. * There is considerable anxiety lest the evacuation may be

Also would, as a tense-auxiliary, is occasionally met with in subordinate statements introduced by lest. Of the analogous use of shall or will no instances have come to hand. I was afraid test she would be displeased. Mrs. Gask, Cranf, Ch. D, 44.