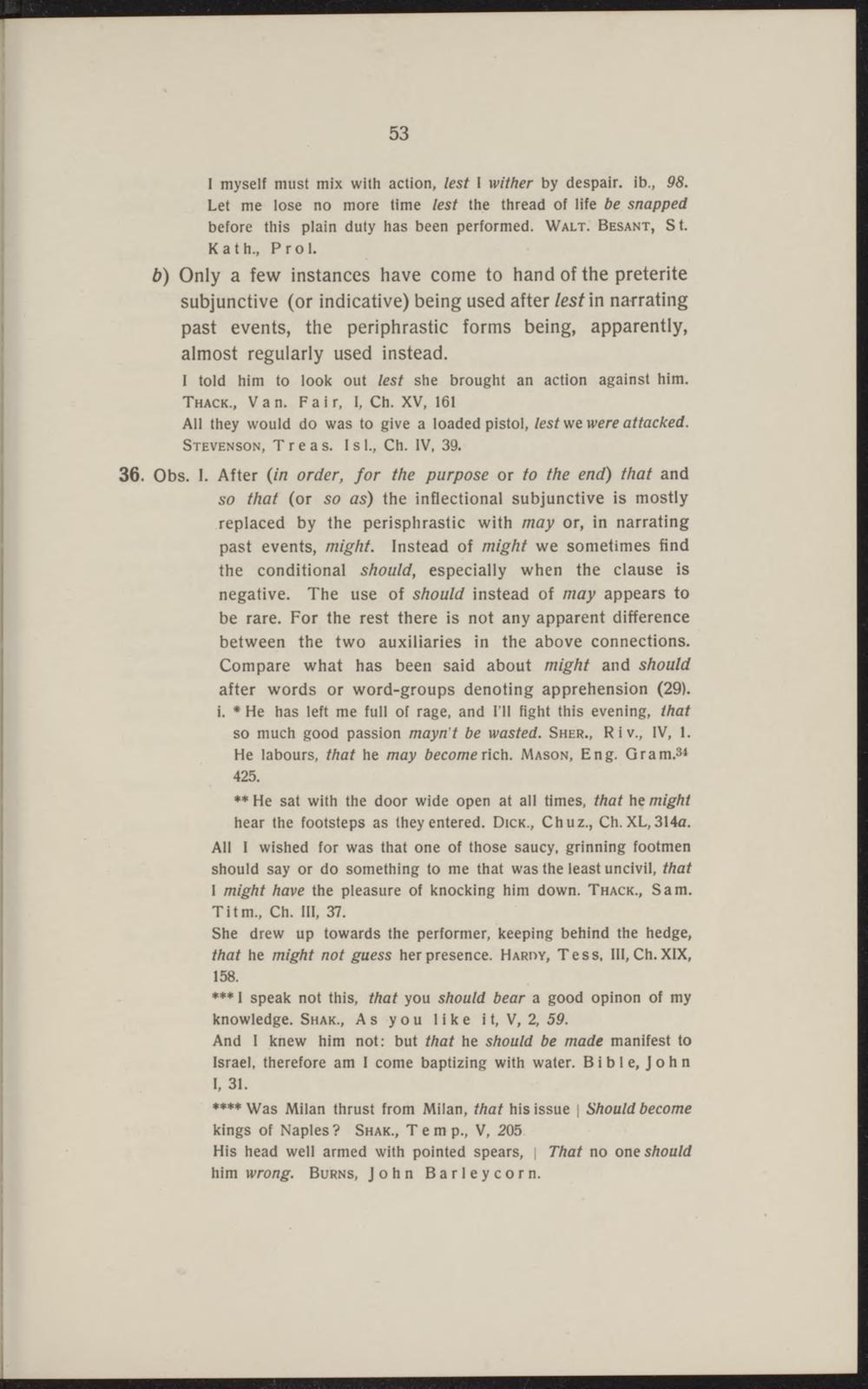 I myself must mix with action, lest I wither by despair. ib, 98. Let me lose no more time lest the thread of life be snapped before this plain duty has been performed. Walt. Besant, St. Kath, Prol.

o) Only a few instances have come to hand of the preterite subjunctive (or indicative) being used after lest in narrating past events, the periphrastic forms being, apparently, almost regularly used instead.

36. Obs. I. After (in order, for the purpose or to the end) that and so that (or so as) the inflectional subjunctive is mostly replaced by the perisphrastic with may or, in narrating past events, might. Instead of might we sometimes find the conditional should, especially when the clause is negative. The use of should instead of may appears to be rare. For the rest there is not any apparent difference between the two auxiliaries in the above connections. Compare what has been said about might and should after words or word-groups denoting apprehension (29). i. * He has left me full of rage, and ril fight this evenlng, that

He labours, that he may become rich. Mason, Eng. Gram.*4

** He sat with the door wide open at all times, that he might hear the footsteps as theyentered. Dick, Chuz, Ch.XL,314a. All I wished for was that one of those saucy, grinning footmen should say or do something to me that was the least uncivil, that I might have the pleasure of knocking him down. Thack, Sam. Titm, Ch. III, 37.

She drew up towards the performer, keeping behind the hedge, that he might not guess her presence. Hardt, Tess, III, Ch. XIX, 158.

**** Was Milan thrust from Milan, that his issue j Should become kings of Naples? Shak, Temp, V, 205 His head well armed with pointed spears, | That no one should him wrong. Burns, John Barieycorn.