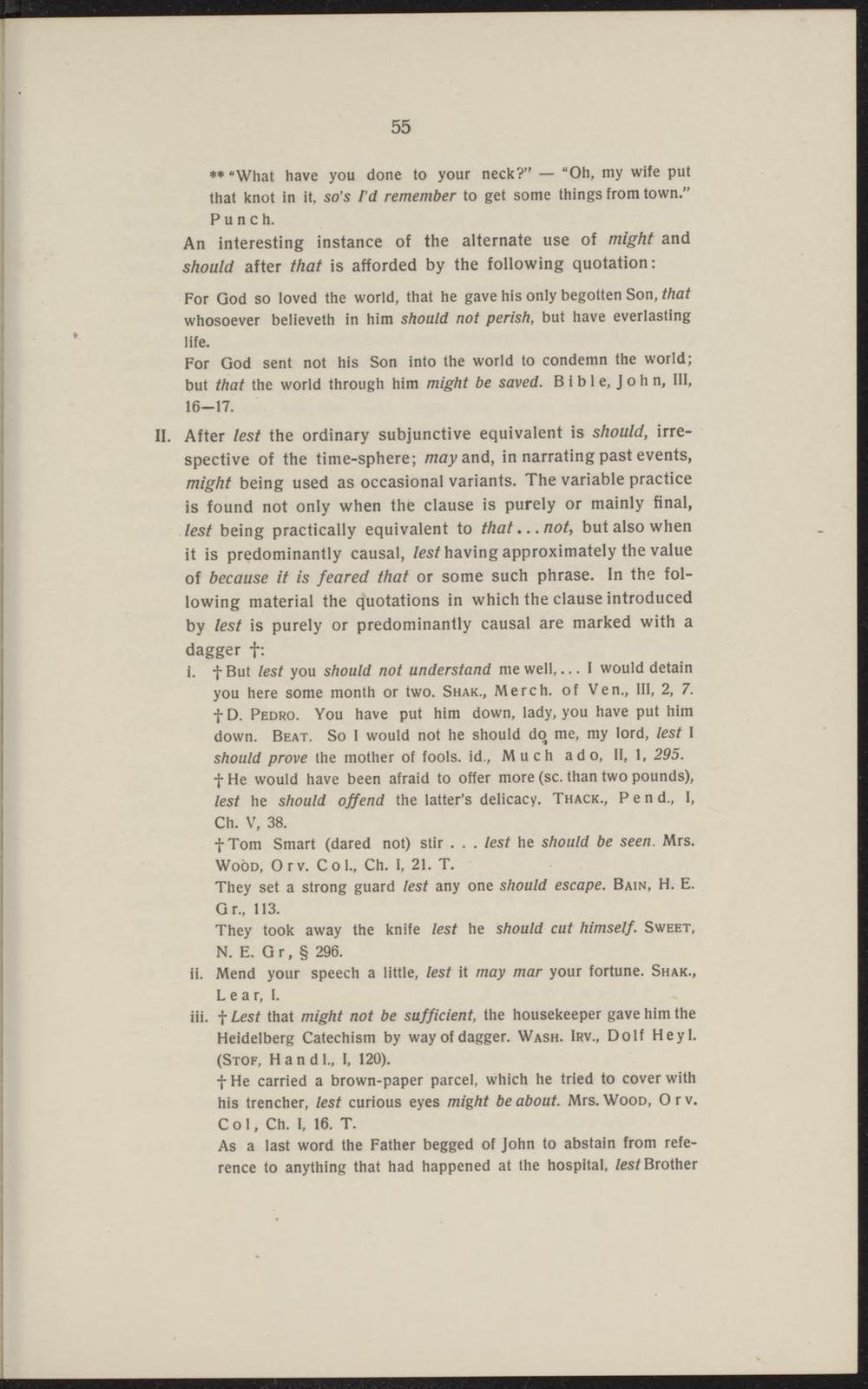 An interesting instance of the alternate use of might and should after that is afforded by the following quotation:

For God so loved the world, that he gave his only begotten Son, that whosoever believeth in him should not perish, but have everiasting life.

After lest the ordinary subjunctive equivalent is should, irrespective of the time-sphere; may and, in narrating past events, might being used as occasional variants. The variable practice is found not only when thfe clause is purely or mainly final, lest being practically equivalent to that... not, but also when it is predominantly causal, lest havingapproxlmately the value of because It ts feared that or some such phrase. In the following material the quotations in which the clause introduced by lest is purely or predominantly causal are marked with a dagger f:

II. Mend your speech a little, lest It may mar your fortune. Shak, Lear, I.

iii. fLest that might not be sufficiënt, the housekeeper gave him the Heidelberg Catechism by way of dagger. Wash. Irv, Dolf Heyl. (Stof, H a n d 1, I, 120).

As a last word the Father begged of John to abstain from reference to anything that had happened at the hospital, /es/Brother