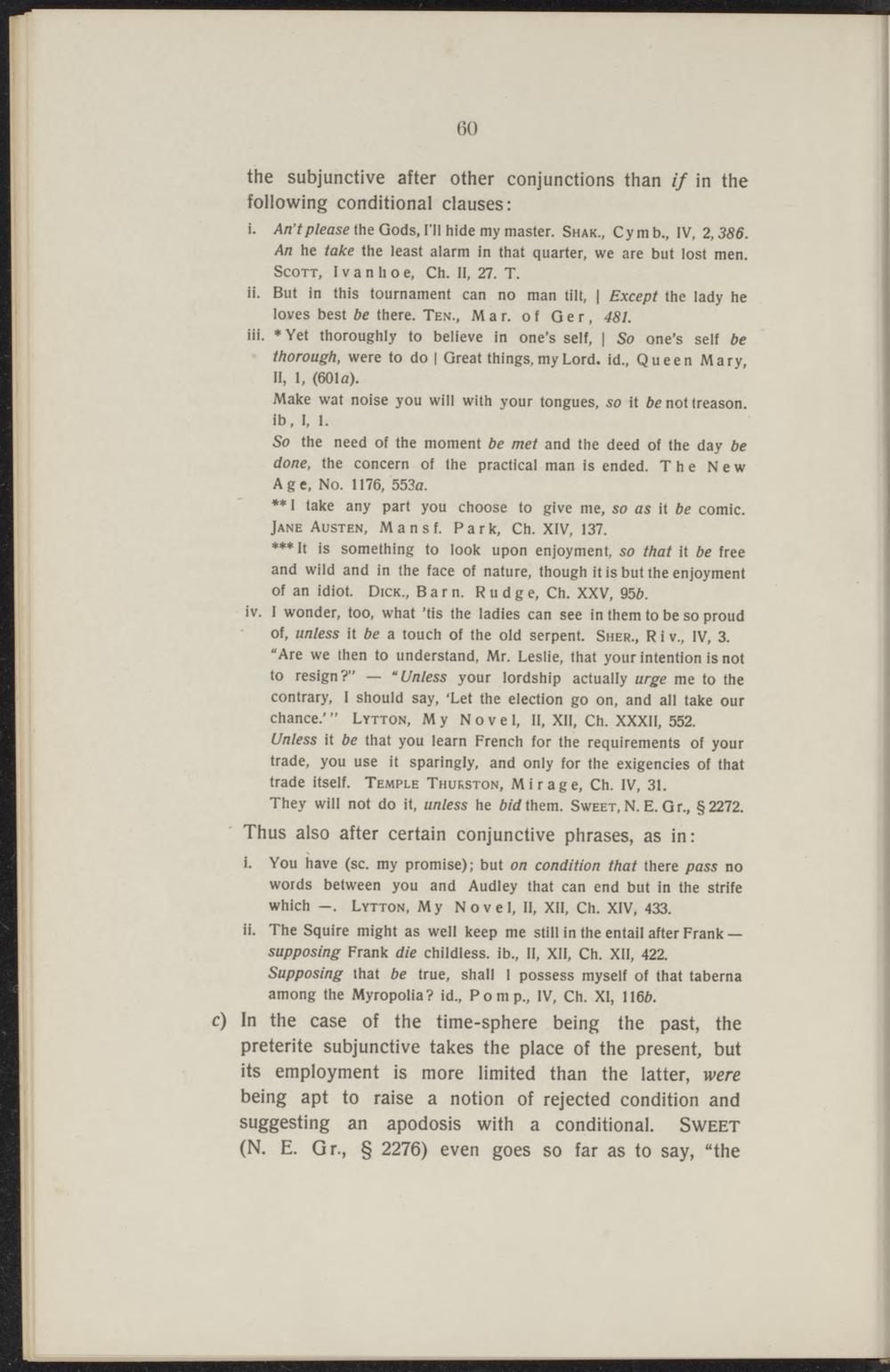 the subjunctive after other conjunctions than if in the following conditional clauses:

An he take the least alarm in that quarter, we are but lost men.

Make wat nolse you will with your tongues, so it be not treason. ib, I, 1.

iv. I wonder, too, what 'tis the Iadies can see in them to be so proud of, unless it be a touch of the old serpent Sher, RI v, IV, 3. 'Are we then to understand, Mr. Leslie, that your intention is not to resign?" — "Unless your lords hip actually urge me to the contrary, I should say, 'Let the election go on, and all take our chance.'" Lytton, M y N o v e I, II, XII, Ch. XXXII, 552. Unless It be that you learn French for the requirements of your trade, you use it sparingly, and only for the exigencies of that trade itself. Temple Thurston, M i r a g e, Ch. IV, 31.

Thus also after certain conjunctive phrases, as in:

i. You have (sc. my promise); but on condition that there pass no words between you and Audley that can end but in the strife which —. Lytton, My No vel, II, XII, Ch. XIV, 433.

ii. The Squire might as well keep me still in the entail after Frank — supposing Frank die childless. ib, II, XII, Ch. XII, 422. Supposing that be true, shall 1 possess myself of that taberna among the Myropotla? Id, Pomp, IV, Ch. XI, 1166.

c) In the case of the time-sphere being the past, the preterite subjunctive takes the place of the present, but its employment is more limited than the latter, were being apt to raise a notion of rejected condition and suggesting an apodosis with a conditional. Sweet (N. E. Gr., § 2276) even goes so far as to say, "the