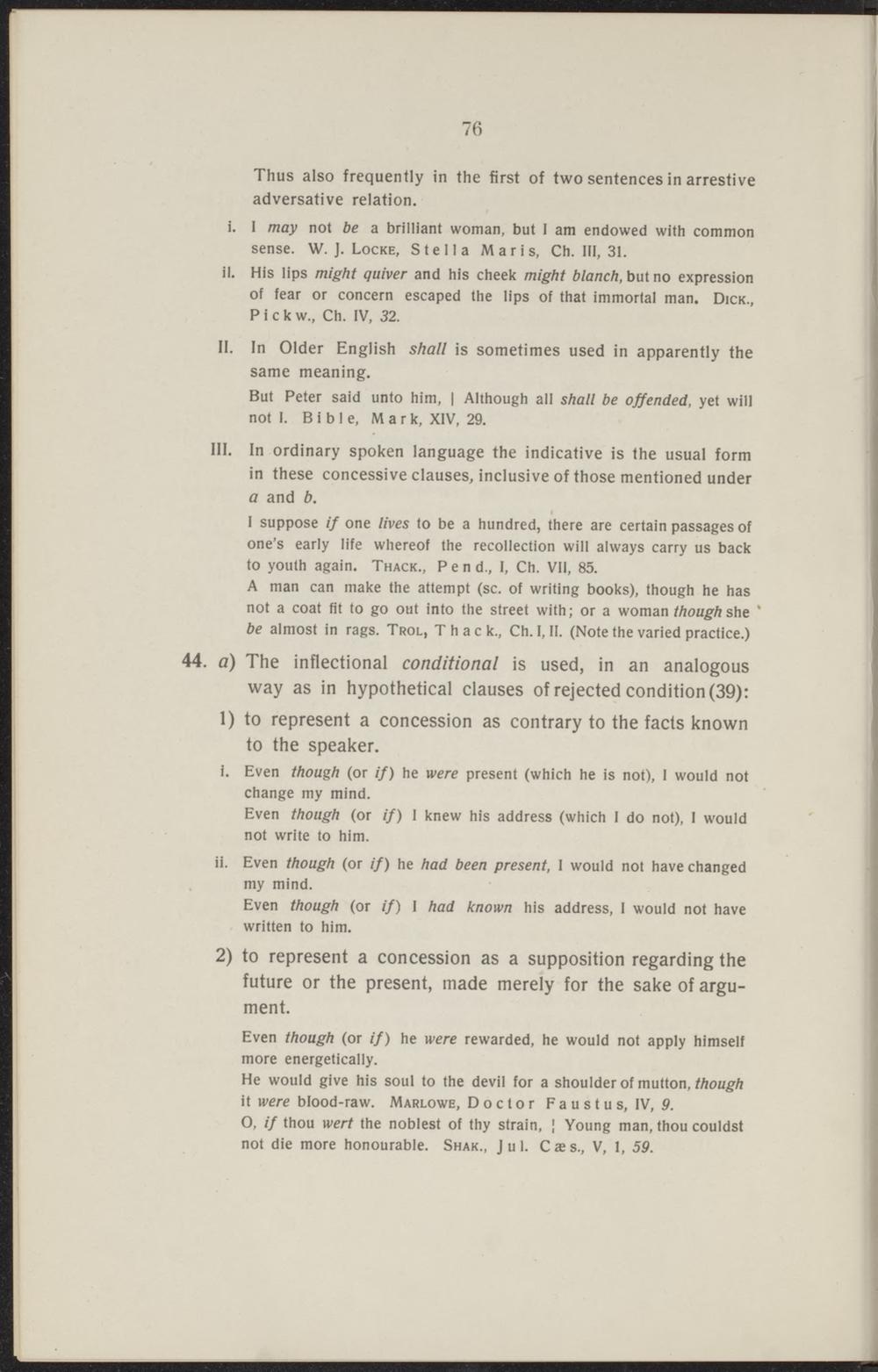 Thus also frequently in the first of two sentences in arrestive adversative relation.

ii. His lips might gatver and his cheek might blanch, butno expression of fear or concern escaped the lips of that immortal man. Dick, PI c k w, Ch. IV, 32.

II. In Older English shall is sometimes used in apparently the same meaning.

III. In ordinary spoken language the indicative is the usual form in these concessive clauses, inclusive of those mentioned under a and b,

I suppose if one lives to be a hundred, there are certain passages of one's early life whereof the recoilection will always carry us back to youth again. Thack, P e n d, I, Ch. VII, 85. A man can make the attempt (sc of writing books), though he has not a coat fit to go out into the street with; or a woman though she ' be almost in rags. Trol, Thack, Ch. I, II. (Note the varied practice.)

44. a) The inflectional conditional is used, in an analogous way as in hypothetical clauses of rejected condition (39):

1) to represent a concession as contrary to the facts known to the speaker.

i. Even though (or if) he were present (which he is not), I would not change my mind.

Even though (or if) I knew his address (which I do not), I would not write to him.

ii. Even though (or if) he had been present, 1 would not havechanged my mind.

Even though (or if) I had known his address, I would not have written to him.

2) to represent a concession as a supposition regarding the future or the present, made merely for the sake of argument.

Even though (or if) he were rewarded, he would not apply himself more energetically.