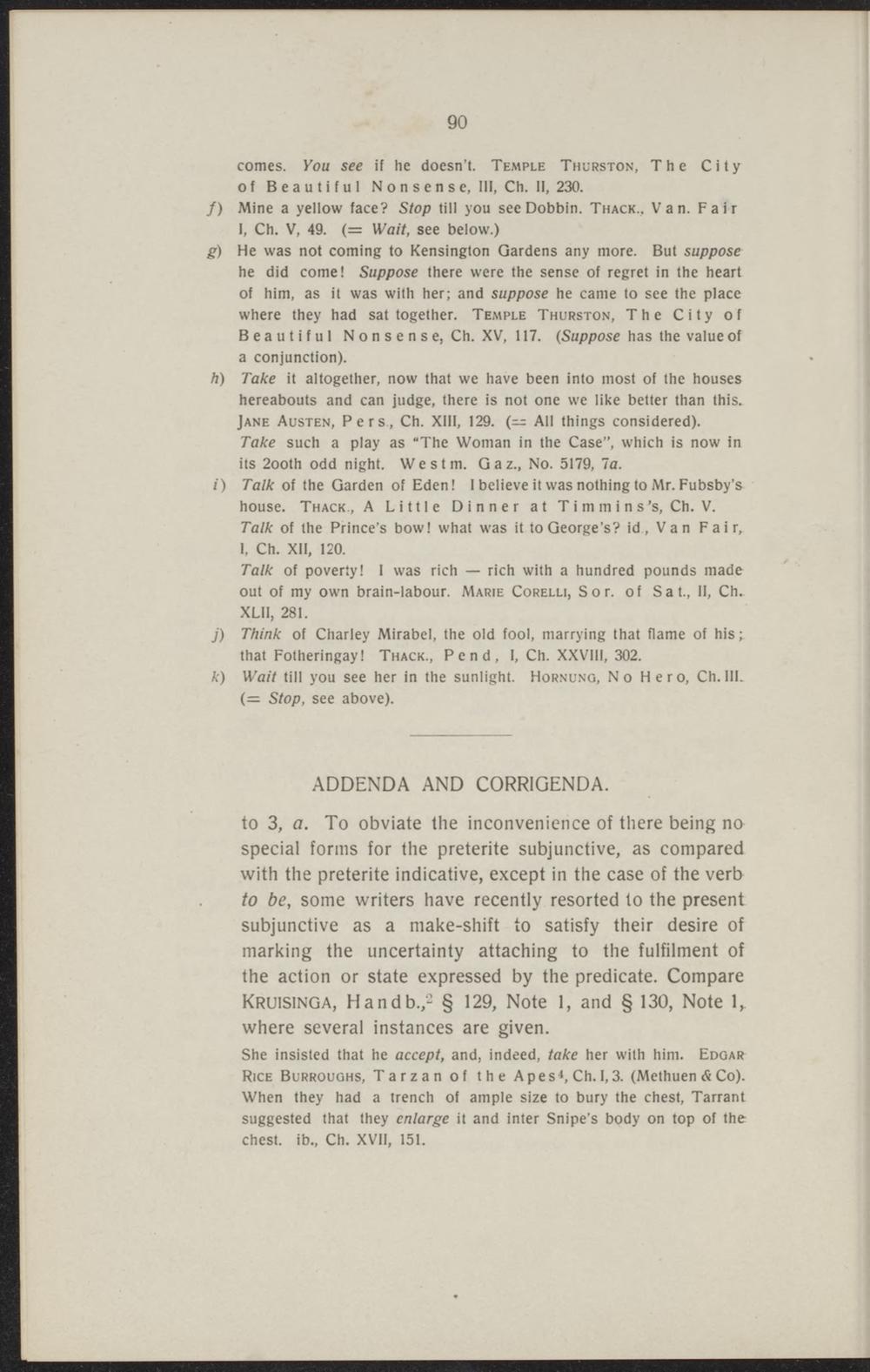 g) He was not coming to Kensington Gardens any more. But suppose he did comel Suppose there were the sense of regret in the heart of him, as it was with her; and suppose he came to see the place where they had sat together. Temple Thurston, The City of Beautiful Nonsens e, Ch. XV, 117. (Suppose has the value of a conjunction).

h) Take it altogether, now that we have been into most of the houses hereabouts and can judge, there is not one we like better than this. Jane Austen, Pers., Ch. XIII, 129. (— All things considered). Take such a play as "The Woman in the Case", which is now in its 2ooth odd night. Westm. Gaz, No. 5179, 7a.

Talk of povertyi I was rich — rich with a hundred pounds made out of my own brain-labour. Marie Corelli, Sor. of Sat, II, Ch. XLII, 281.

j) Think of Charley Mirabel, the old fooi, marrying that flame of his ;

to 3, cl. To obviate the inconvenience of there being no special forms for the preterite subjunctive, as compared with the preterite indicative, except in the case of the verb to be, some writers have recently resorted to the present subjunctive as a make-shift to satisfy their desire of marking the uncertainty attaching to the fulfilment of the action or state expressed by the predicate. Compare Kruisinga, Handb.,2 § 129, Note 1, and § 130, Note 1, where several instances are given.

She insisted that he accept, and, indeed, take her with him. Edoar Rice Burrouohs, Tarzanof the Apes4, Ch. 1,3. (Methuen & Co). When they had a trench of ample size to bury the chest, Tarrant suggested that they enlarge it and inter Snipe's body on top of the chest. ib, Ch. XVil, 151.