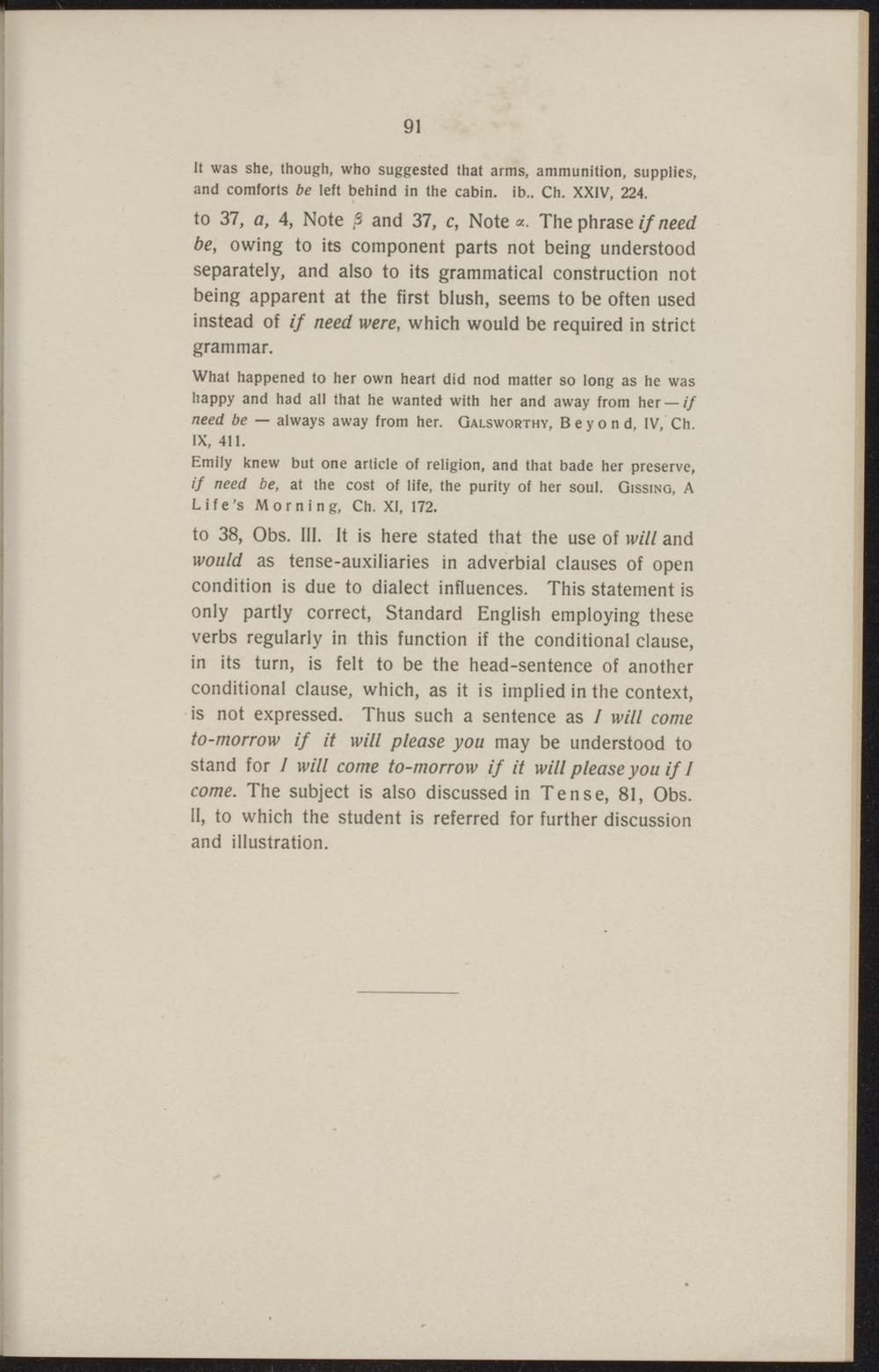 It was sbe, though, who suggested that arms, ammunition, supplies, and comforts be left behind in the cabin. ib.. Ch. XXIV, 224.

to 37, a, 4, Note j3 and 37, c, Note«. The phraser/ need be, owing to its component parts not being understood separately, and also to its grammatical construction not being apparent at the first blush, seems to be often used instead of if need were, which would be required in strict grammar.

What happened to her own heart did nod matter so long as he was happy and had all that he wanted with her and away from her — // need be — always away from her. Qalsworthy, B e y o n d, IV, Ch. IX, 411.

Emily knew but one arlicle of religion, and that bade her preserve, if need be, at the cost of life, the purity of her soul. Gissing, A Life's Morning, Ch. XI, 172.

to 38, Obs. III. It is here stated that the use of will and would as tense-auxiliaries in adverbial clauses of open condition is due to dialect influences. This statement is only partly correct, Standard English employing these verbs regularly in this function if the conditional clause, in its turn, is feit to be the head-sentence of another conditional clause, which, as it is implied in the context, is not expressed. Thus such a sentence as / will come to-morrow if it will please you may be understood to stand for / will come to-morrow if it will please you if I come. The subject is also discussed in Tense, 81, Obs. II, to which the student is referred for further discussion and illustration.