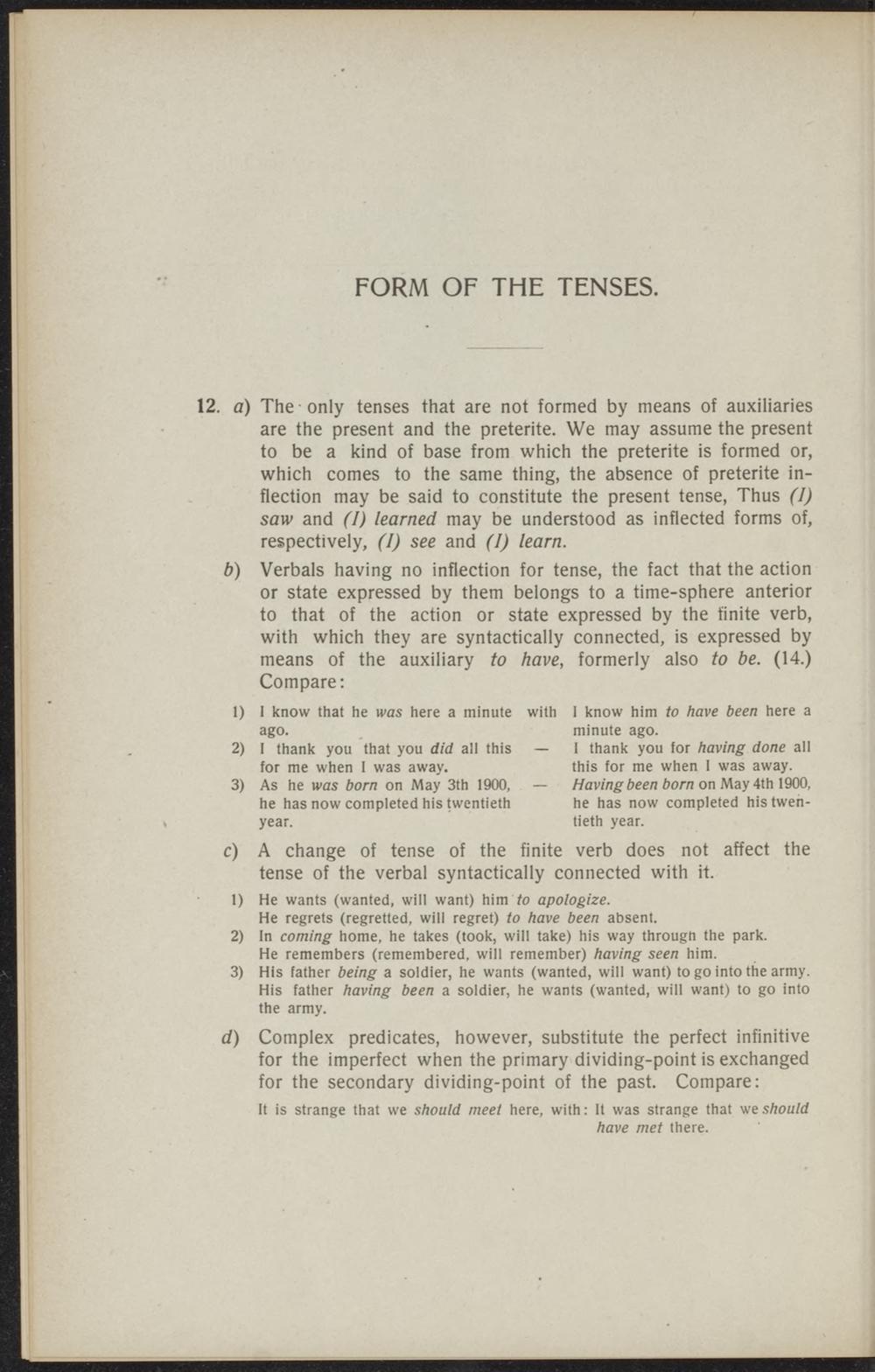 FORM OF THE TENSES.

1) I know that he was here a minute with I know him to have been here a ago. minute ago.

c) A change of tense of the finite verb does not affect the tense of the verbal syntactically connected with it.

1) He wants (wanted, will want) him to apologize.

He regrets (regretted, will regret) to have been absent.

2) In coming home, he takes (took, will take) his way through the park. He remembers (remembered, will remember) having seen him.

have met there. 'v