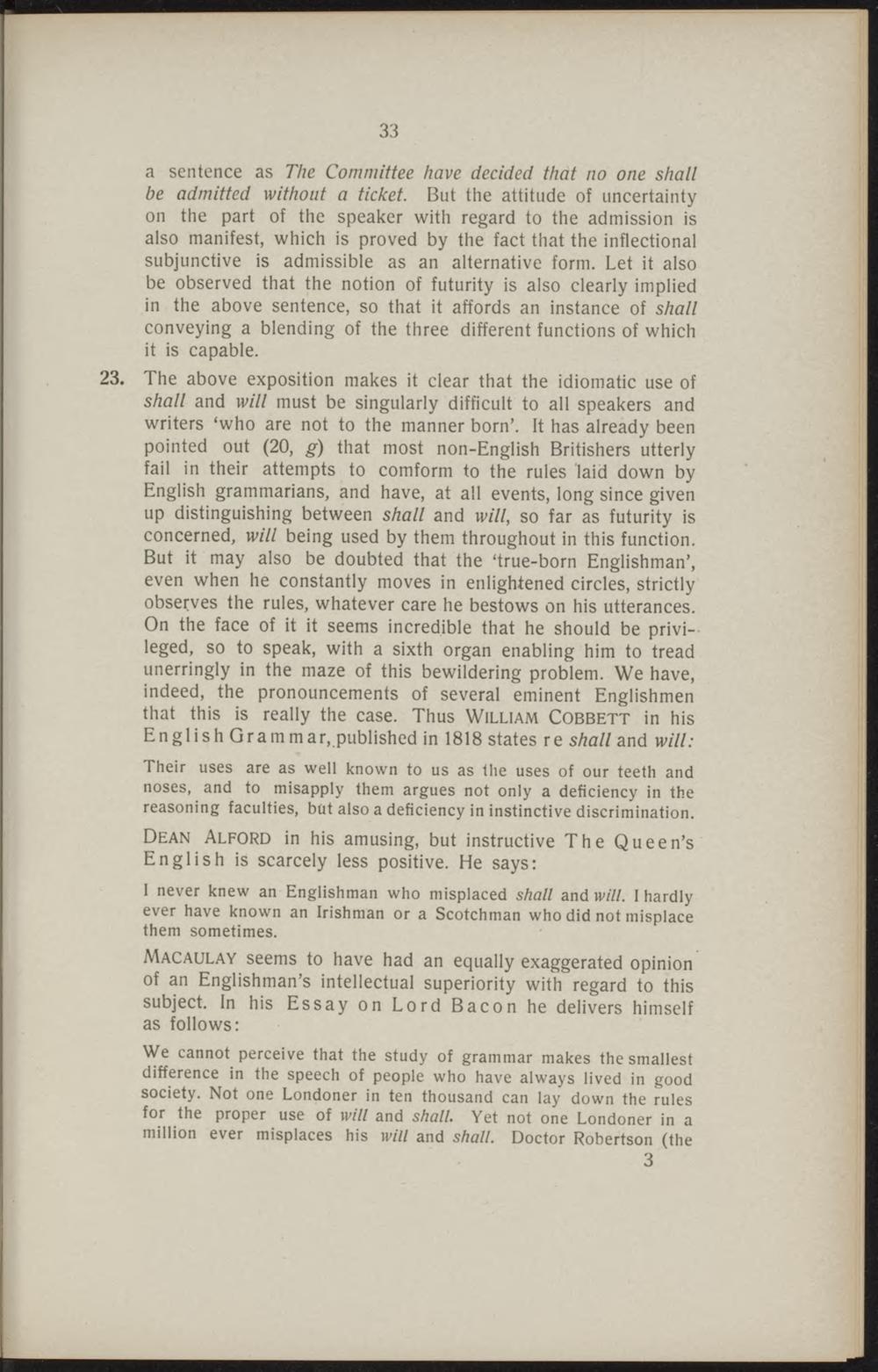 a sentence as The Committee have decided that no one shall be admitted without a ticket. But the attitude of uncertainty on the part of the speaker with regard to the admission is also manifest, which is proved by the fact that the inflectional subjunctive is admissible as an alternative form. Let it also be observed that the notion of futurity is also clearly implied in the above sentence, so that it affords an instance of shall conveying a blending of the three different functions of which it is capable.

The above exposition makes it clear that the idiomatic use of shall and will must be singularly difficult to all speakers and writers 'who are not to the manner born'. It has already been pointed out (20, g) that most non-English Britishers utterly fail in their attempts to comform to the rules laid down by English grammarians, and have, at all events, long since given up distinguishing between shall and will, so far as futurity is concerned, will being used by them throughout in this function. But it may also be doubted that the 'true-born Englishman', even when he constantly moves in enlightened circles, strictly observes the rules, whatever care he bestows on his utterances. On the face of it it seems incredible that he should be privileged, so to speak, with a sixth organ enabling him to tread unerringly in the maze of this bewildering problem. We have, indeed, the pronouncements of several eminent Englishmen that this is really the case. Thus William Cobbett in his English Grammar, published in 1818 states re shall and will:

Their uses are as well known to us as the uses of our teeth and noses, and to misapply them argues not only a deficiency in the reasoning faculties, büt also a deficiency in instinctive discrimination.

Dean Alford in his amusing, but instructive The Queen's English is scarcely less positive. He says:

I never knew an Englishman who misplaced shall and will. ihardly ever have known an Irishman or a Scotchman who did not misplace them sometimes.

Macaulay seems to have had an equally exaggerated opinion of an Englishman's intellectual superiority with regard to this subject. In his Essay on Lord Bacon he delivers himself as follows: