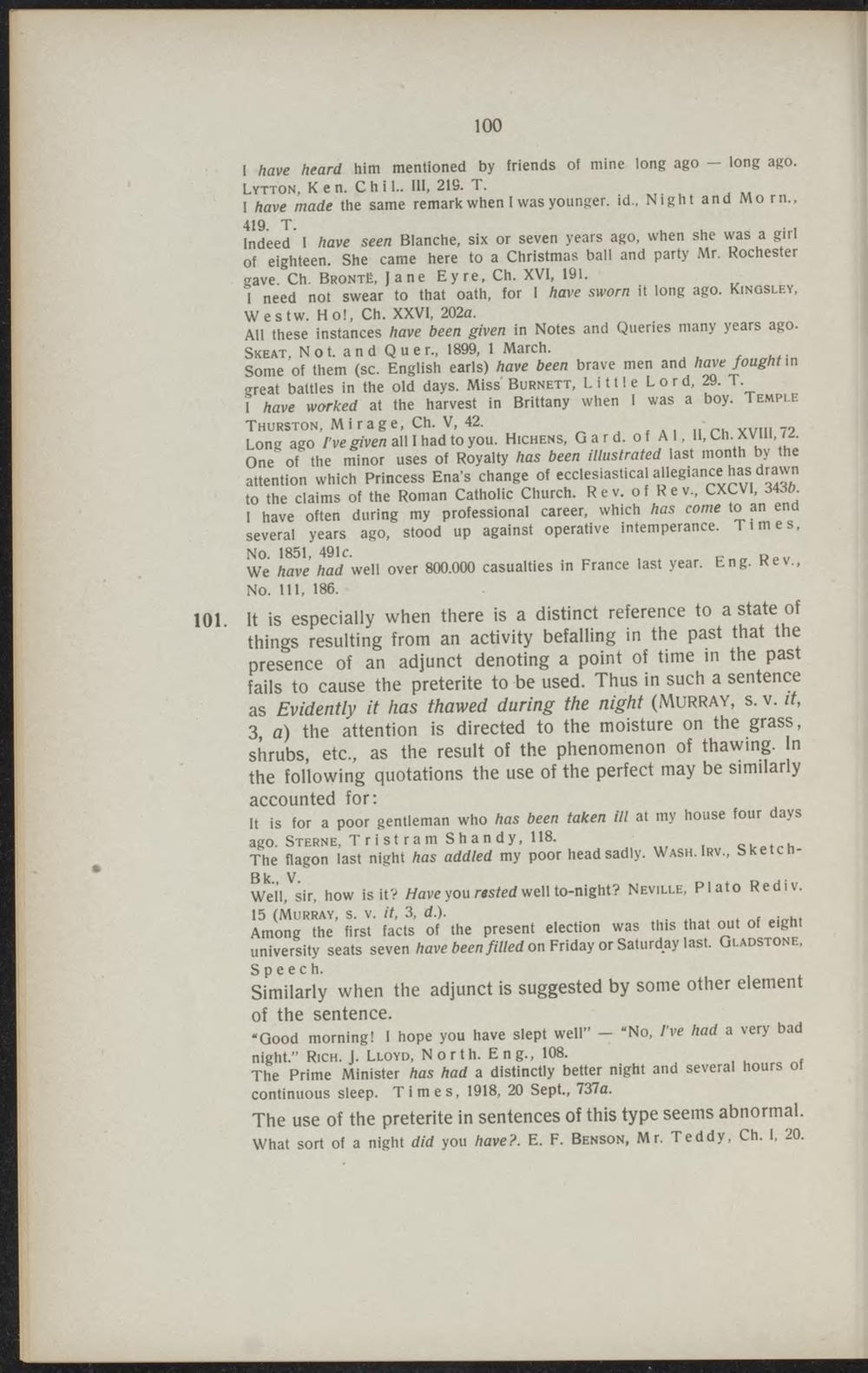 I have made the same remark when I was younger. id., Night and Mor n.,

hideed I have seen Blanche, six or seven years ago, when she was a girl of eighteen. She came here to a Christmas ball and party Mr. Rochester gave Ch. Brontë, Jane Eyre, Ch. XVI, 191.

All these instances have been given in Notes and Queries many years ago.

Long ago fveeiVenalilhadtoyou. Hichens, Gard. of Al, II,Ch.XVUl, u. One of the minor uses of Royalty Aas been illustrated last month by the attention which Princess Ena's change of ecclesiastical allegiance has d«wn to the claims of the Roman Catholic Church. Rev. of Rev, CXCVI, 3436. I have often during my professional career, which has come to an end several years ago, stood up against operative intemperance. Times, No. 1851, 491c. p We Aave Aad well over 800.000 casualties in France last year. Eng. Kev.,

It is especially when there is a distinct reference to a state of things resulting from an activity befalling in the past that the presence of an adjunct denoting a point of time in the past fails to cause the preterite to-be used. Thus in such a sentence as Evidently it has thawed during the night (Murray, s. v. it, 3, a) the attention is directed to the moisture on the grass, shrubs etc, as the result of the phenomenon of thawing. In the following quotations the use of the perfect may be similarly accounted for:

It is for a poor gentleman who Aas been taken UI at my house four days ago. Sterne, Tristram Shandy, 118.

Among the first facts of the present election was this that out of eight university seats seven have been filledon Friday orSaturday last. Gladstone, Speech.

Similarly when the adjunct is suggested by some other element of the sentence.

The Prime Minister Aas Aad a distinctly better night and several hours oi continuous sleep. Times, 1918, 20 Sept, 737a. The use of the preterite in sentences of this type seems abnormal. What sort of a night did you Aave?. E. F. Benson, Mr. Teddy, Ch. 1, 20.