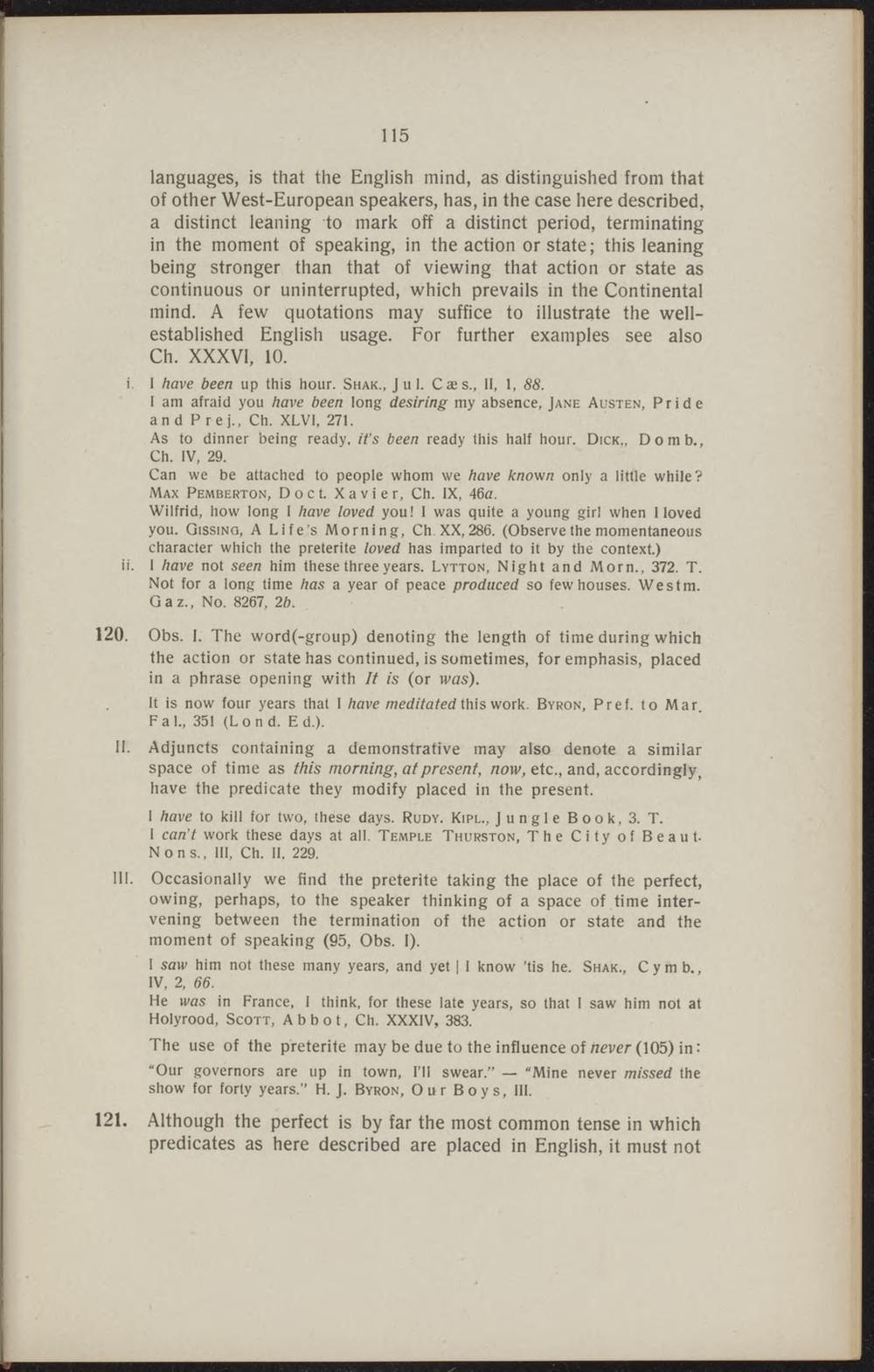 languages, is that the English mind, as distinguished from that of other West-European speakers, has, in the case here described, a distinct leaning to mark off a distinct period, terminating in the moment of speaking, in the action or state; this leaning being stronger than that of viewing that action or state as continuous or uninterrupted, which prevails in the Continental mind. A few quotations may suffice to illustrate the wellestablished English usage. For further examples see also Ch. XXXVI, 10.

I am afraid you have been long desiring my absence, Jane Austen, Pride and Prej, Ch. XLVI, 271.

Can we be attached to people whom we have known only a little while? Max Pemberton, Doet. Xavier, Ch. IX, 46a.

Wilfrid, how long I have loved you! I was quite a young girl when I loved you. Gissing, A Life's Morning, Ch. XX,286. (Observethe momentaneous character which the preterite loved has imparted to it by the context.) ii. I have not seen him these three years. Lytton, Night and Morn., 372. T. Not for a long time has a year of peace produced so few houses. Westm. Gaz, No. 8267, 2b.

120. Obs. I. The word(-group) denoting the length of time during which the action or state has continued, is sometimes, for emphasis, placed in a phrase opening with It is (or was).

II. Adjuncts containing a demonstrative may also denote a similar space of time as this morning, at present, now, etc, and, accordingly, have the predicate they modify placed in the present.

I can't work these days at all. Temple Thurston, The City of Beaut.

III. Occasionally we find the preterite taking the place of the perfect, owing, perhaps, to the speaker thinking of a space of time intervening between the termination of the action or state and the moment of speaking (95, Obs. I).

The use of the preterite may be due to the influence of never (105) in:

121. Although the perfect is by far the most common tense in which predicates as here described are placed in English, it must not