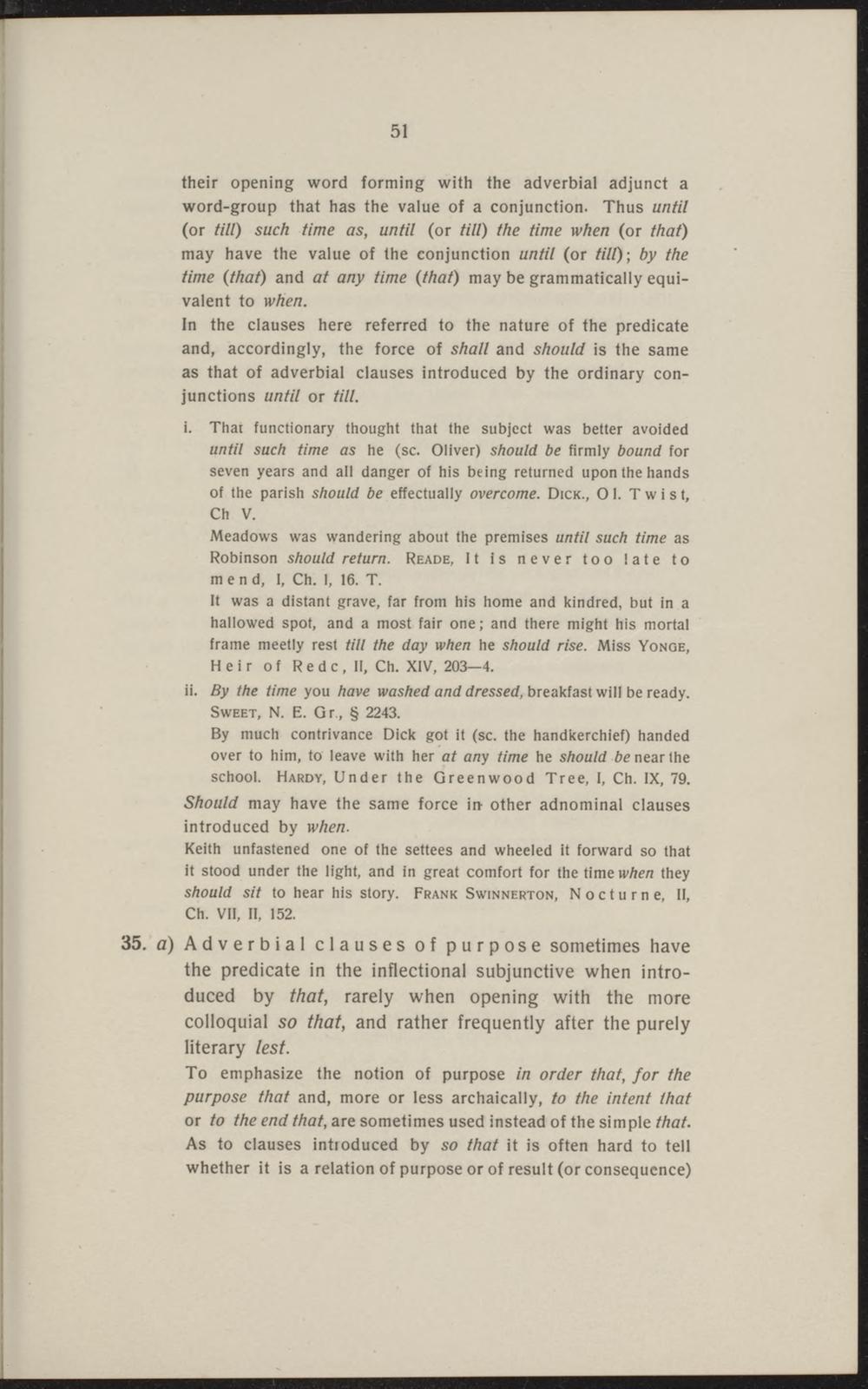 ht the clauses here referred to the nature of the predicate and, accordingly, the force of shall and should is the same as that of adverbial clauses introduced by the ordinary conjunctions until or till.

1. Thai functlonary thought that the subject was better avoided until such time as he (sc. Oiiver) should be firmly bound for seven years and all danger of his being returned upon the hands of the parish should be effectually overcome. Dick, 01. Twist, Ch V.

Meadows was wandering about the premises until such time as Robinson should return. Reade, It is never too late to mend, I, Ch. I, 16. T.

It was a distant grave, far from his home and kindred, but in a hallowed spot, and a most fair one; and there might his mortal frame meetly rest till the day when he should rise. Miss Yonoe, Heir of Rede, II, Ch. XIV, 203—4. ii. By the time you have washed and dressed, breakfast will be ready. Sweet, N. E. Gr, § 2243.

By mach contrivance Dick got it (sc. the handkerchief) handed over to him, to' leave with her at any time he should be near the school. Hardt, Under the Greenwood Tree, I, Ch. IX, 79.

Should may have the same force in other adnominal clauses

Keith unfastened one of the settees and wheeled it forward so that it stood under the light, and in great comfort for the time when they should sit to hear his story. Frank Swinnerton, Nocturne, II, Ch. vn, n, 152.

a) Adverbial clauses of purpose sometimes have the predicate in the inflectional subjunctive when introduced by that, rarely when opening with the more colloquial so that, and rather frequently after the purely literary lest.

To emphasize the notion of purpose in order that, for the purpose that and, more or less archakally, to the intent that or to the end that, are sometimes used instead of the simple that. As to clauses introduced by so that it Is often hard to teil whether it is a relation of purpose or of result (or consequence)