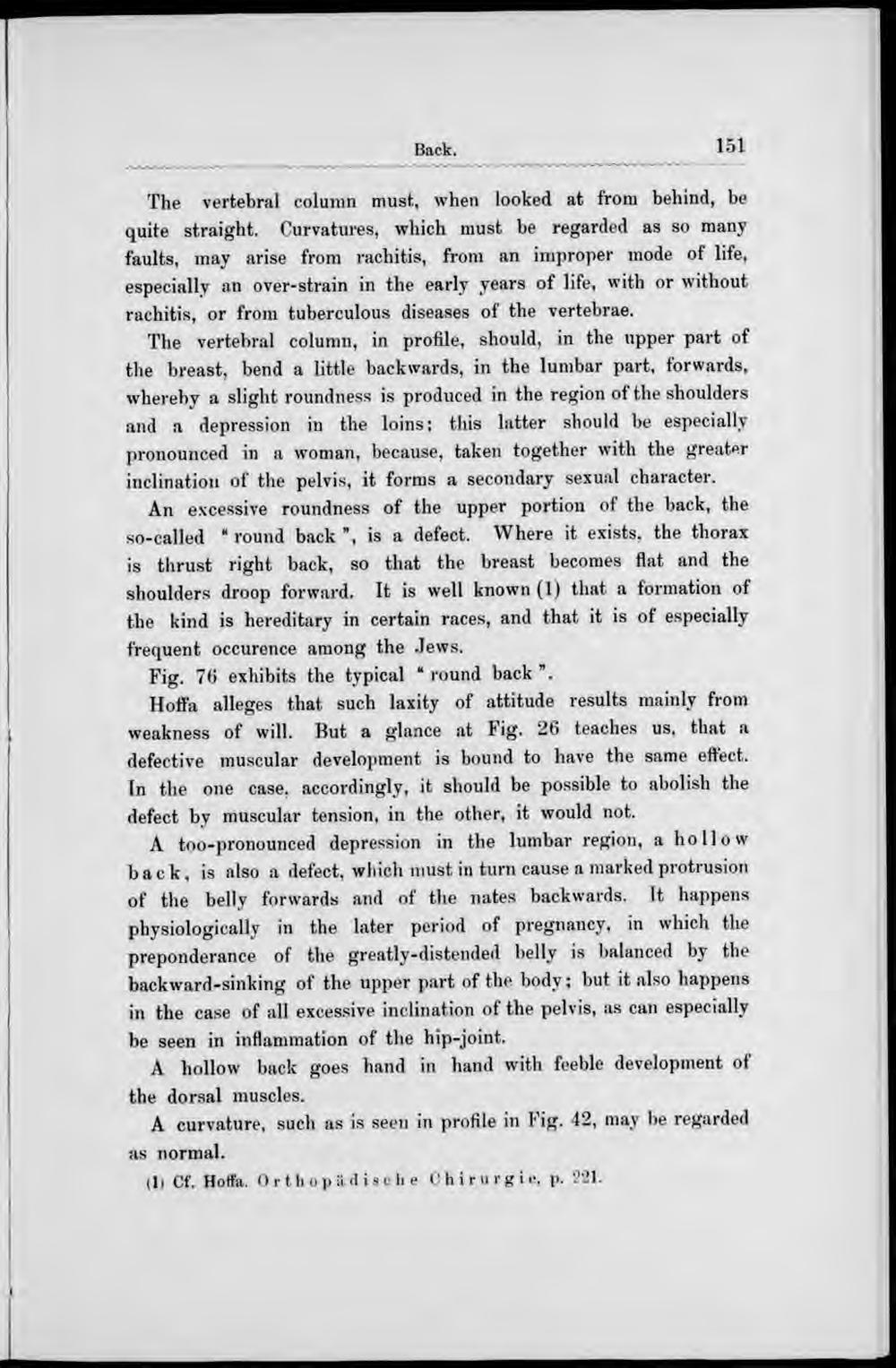 The vertebral column must,, when looked at froni behind, be quite straight. Curvatures, which must be regarded as so many faults, may arise from rachitis, from an improper mode of life, especially an over-strain in the early years of life, with or without rachitis, or from tuberculous diseases of the vertebrae.

The vertebral column, in profile, should, in the upper part of the breast, bend a little backwards, in the lumbar part, forwards, whereby a slight roundness is produced in the region of the shoulders and a depression in the loins; tliis latter should be especially pronounced in a woman, because, taken together with the greater inclination of the pelvis, it forms a secondary sexual character.

An excessive roundness of the upper portion of the back, the so-called " round back ", is a defect. Where it exists, the thorax is tlirust right back, so that the breast becomes flat and the shoulders droop forward. It is well known (1) that a formation of the kind is hereditary in certain races, and that it is of especially frequent occurence among the Jews.

Fig. 76 exhibits the typical "round back".

Hoffa alleges that such laxity of attitude results mainly from weakness of will. But a glance at Fig. 26 teaches us, that a defective muscular development is bound to have the same eftect. In the one case. accordinglv, it should be possible to abolish the defect by muscular tension, in the other, it would not.

A too-pronounced depression in the lumbar region, a hollovv back, is also a defect, which must in turn cause a marked protrusion of the belly forwards and of the nates backwards. It happens physiologically in the later period of pregnancy, in which the preponderance of the greatly-distended belly is balanced by the backward-sinking of the upper part of the body; but it also happens in the case of all excessive inclination of the pelvis, as can especially be seen in inflammation of the hip-joint.

A hollow back goes hand in hand with feeble development of the dorsal muscles.

A curvature, such as is seen in profile in 1 ig. 42, may be regarded