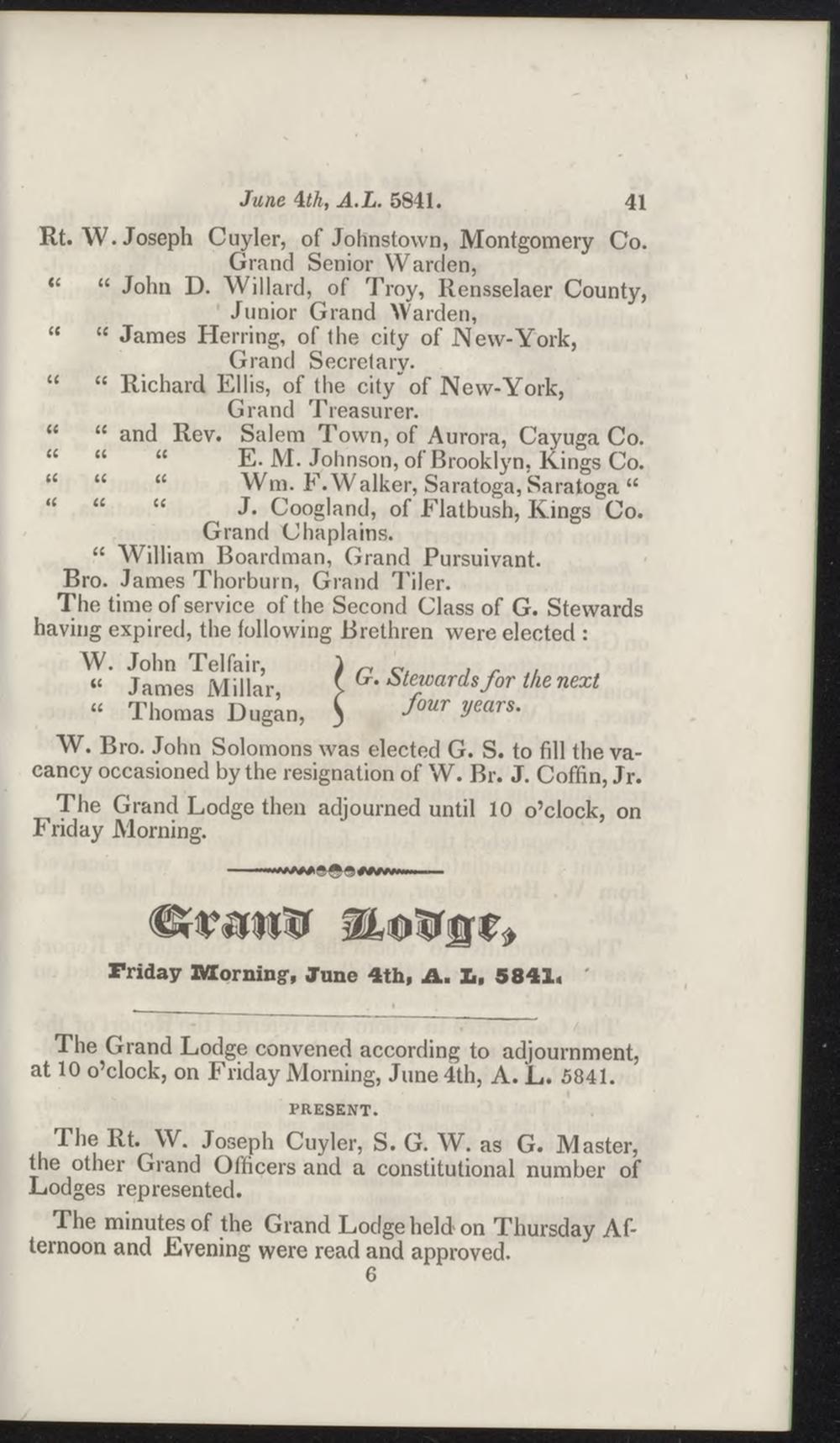 The time of service of the Second Class of G. Stewards having expired, the following Brethren were elected :

" James Millar, f Stewardsfor the next

The Grand Lodge then adjourned until 10 o'clock, on Friday Morning.

The Grand Lodge convened according to adjournment, at 10 o'clock, on Friday Morning, June4th, A. L. 5841.

The Rt. W. Joseph Cuyler, S. G. W. as G. M aster, the other Grand Ofïicers and a constitutional number of Lodges represented.

The minutes of the Grand Lodge held-on Thursday Afternoon and Lvening were read and approved.