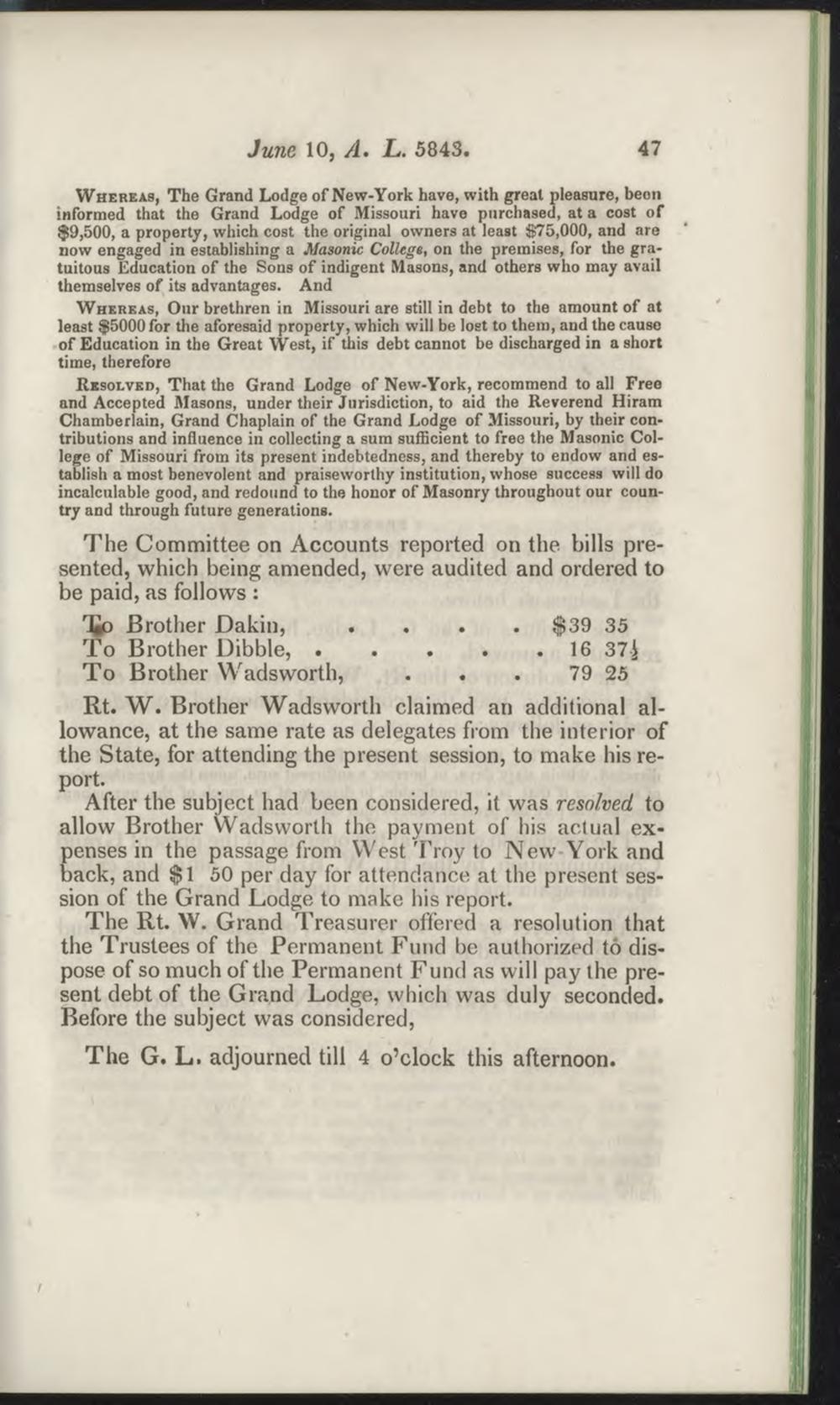 Whereas, The Grand Lodge of New-York have, with great pleaaure, been informed that the Grand Lodge of Missouri have purchased, at a cost of $9,500, a property, which cost the original owners at least $75,000, and are now engaged in establishing a Masonic College, on the premises, for the gratuitous Education of the Sons of indigent Masons, and others who may avail themselves of its advantages. And

Whereas, Our brethren in Missouri are still in debt to the amount of at least $5000 for the aforesaid property, which will be lost to thera, and the cause of Education in the Great West, if this debt cannot be discharged in a short time, therefore

Resolved, That the Grand Lodge of New-York, recommend to all Free and Accepted Masons, under their Jurisdiction, to aid the Reverend Hiram Chamberlain, Grand Chaplain of the Grand Lodge of Missouri, by their contributions and influence in collecting a sum sufficiënt to free the Masonic College of Missouri from its present indebtedness, and thereby to endow and establish a most benevolent and praiseworthy institution, whose success will do incalculable good, and redound to the honor of Masonry throughout our country and through future generations.

The Committee on Accounts reported on the bills presented, which being amended, were audited and ordered to be paid, as follows :

Rt. W. Brother Wadsworth claimed an additional allowance, at the same rate as delegates from the interior of the State, for attending the present session, to make his report.

After the subject had been considered, it was resolved to allow Brother Wadsworth the payment of his actual expenses in the passage from West Troy to New York and back, and $1 50 per day for attendance at the present session of the Grand Lodge to make his report.

The G. L. adjourned till 4 o'clock this afternoon.