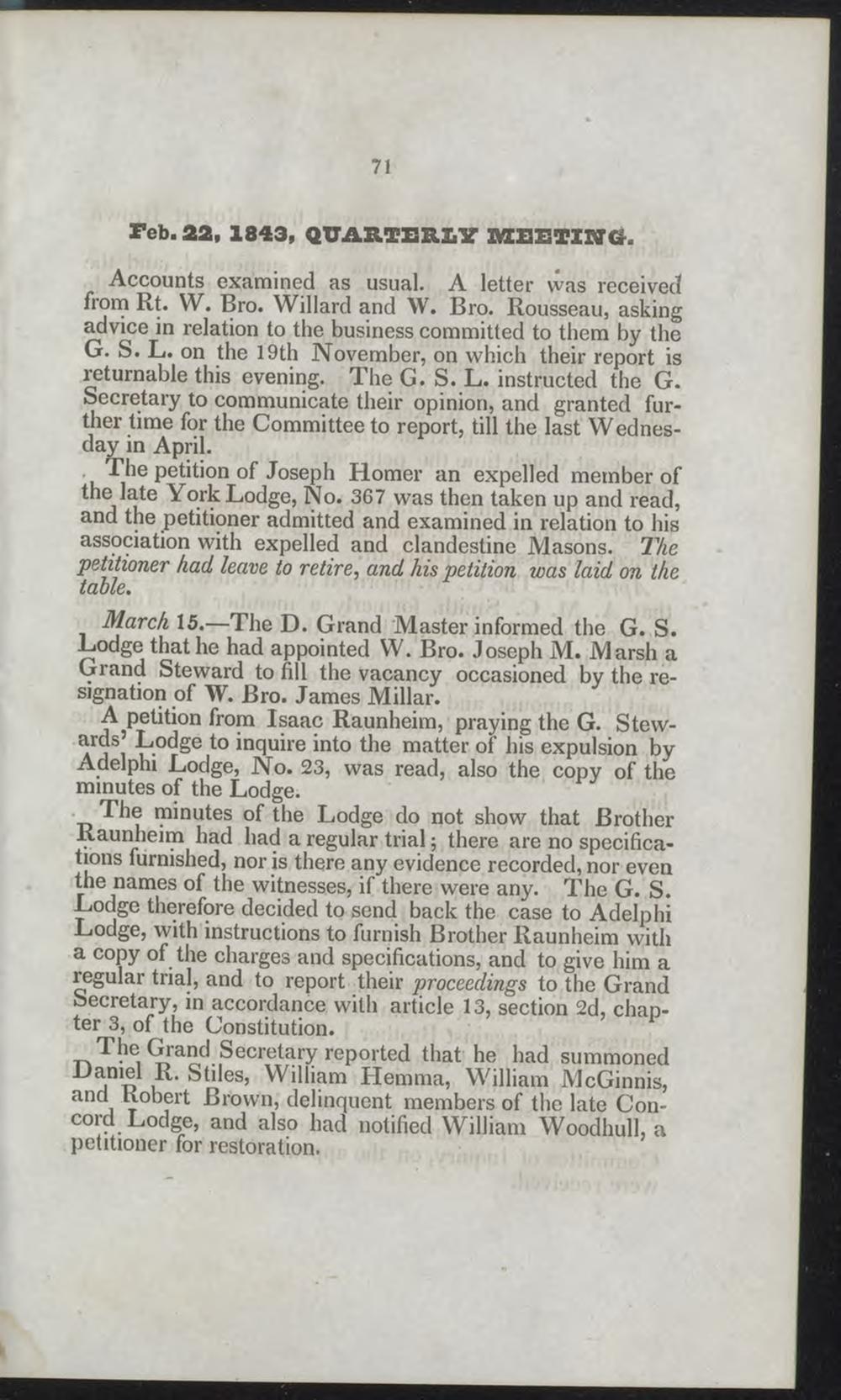 Accounts examined as usual. A letter was receivecï from Rt. W. Bro. Willard and W. Bro. Rousseau, asking advice in relation to the business committed to them by the G. S. L. on the 19th November, on which their report is returnable this evening. The G. S. L. instructed the G. Secretary to communicate their opinion, and granted further time for the Committee to report, till the last Wednesday in April.

The petition of Joseph Homer an expelled member of

j k6 ^^^Lodge, No. 367 was then taken up and read, and the petitioner admitted and examined in relation to his association with expelled and clandestine Masons. The petitioner had leave to retire, and his petition was laid on the taole.

A petition from Isaac Raunheim, praying the G. Stewaji ■fl.°^§e to 'nquire into the matter of his expulsion by Adelphi Lodge, No. 23, was read, also the copy of the minutes of the Lodge.

The minutes of the Lodge do not show that Brother Raunheim had had a regular trial; there are no specifications furnished, nor is there any evidence recorded, nor even the names of the witnesses, if there were any. The G. S. Lodge therefore decided to send back the case to Adelphi Lodge, with instructions to furnish Brother Raunheim with a copy of the charges and specifications, and to give him a regular trial, and to report their proceedings to the Grand becretary, in accordance with article 13, section 2d, chapter 3, of the Constitution.

The Grand Secretary reported that he had summoned Daniël R. Stiles, William Hemma, William McGinnis, and liobert Brown, delinquent members of the late Concord Lodge, and also had notified William Woodhull, a petitioner for restoration.