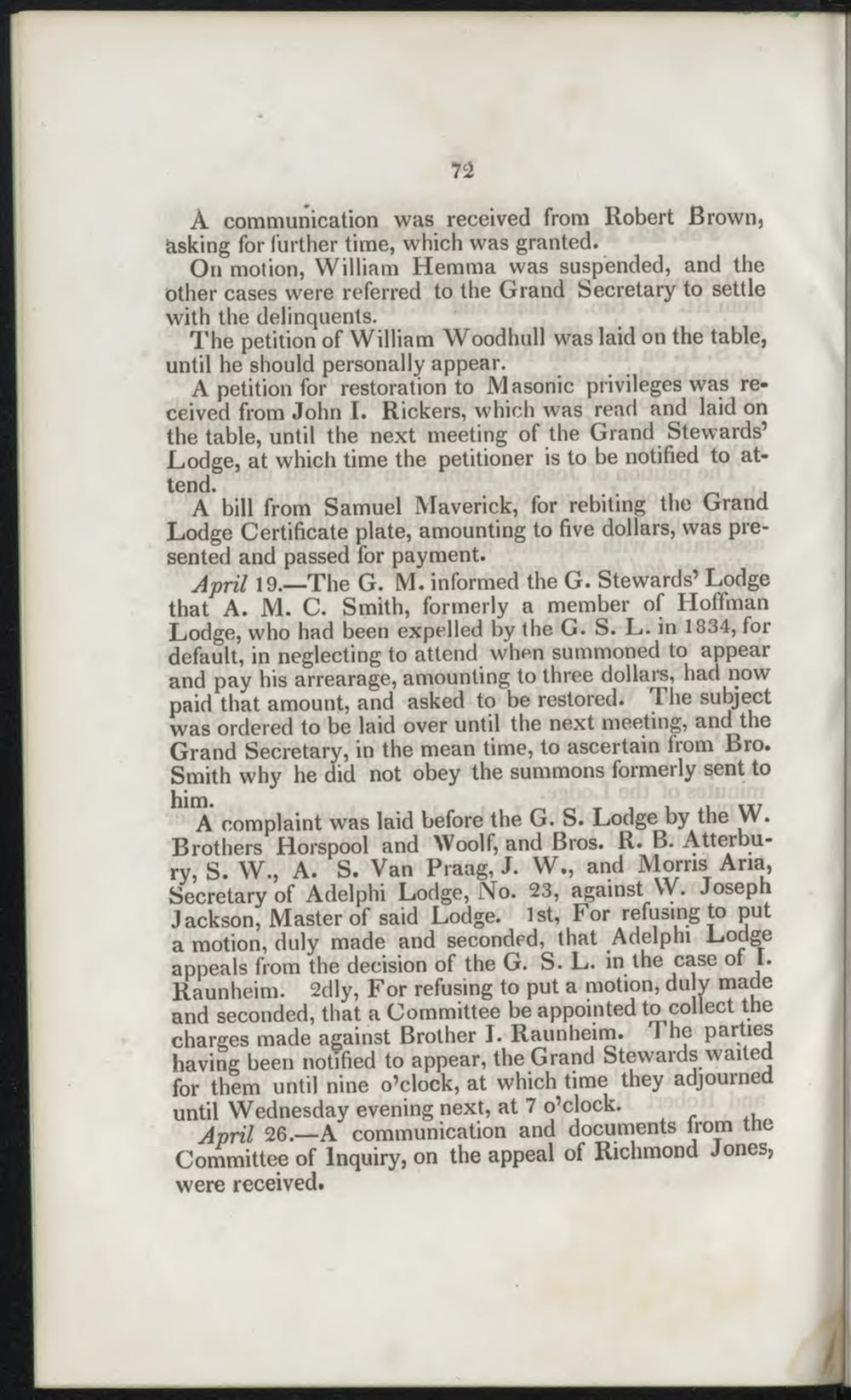 A communication was received from Robert Brown, asking for lurther time, which was granted.

On motion, William Herama was suspended, and the other cases were referred to the Grand Secretary to settle with the delinquents.

The petition of William Woodhull was laid on the table, until he should personally appear.

A petition for restoration to Masonic privileges was received from John I. Rickers, which was read and laid on the table, until the next meeting of the Grand Stewards' Lodge, at which time the petitioner is to be notified to attend.

A bill from Samuel Maverick, for rebiting the Grand Lodge Certificate plate, amounting to five dollars, was presented and passed for payment.

April 19.—The G. M. informed the G. Stewards' Lodge that A. M. C. Smith, formerly a member of Hoffman Lodge, who had been expt'lled by the G. S. L- in 1834, for default, in neglecting to attend when summoned to appear and pay his arrearage, amounting to three dollars, had now paid that amount, and asked to be restored. 1 he subject was ordered to be laid over until the next meeting, and the Grand Secretary, in the mean time, to ascertain from Bro. Smith why he did not obey the summons formerly sent to

April 26.—A communication and documents irom the Committee of lnquiry, on the appeal of Richmond Jones, were received.