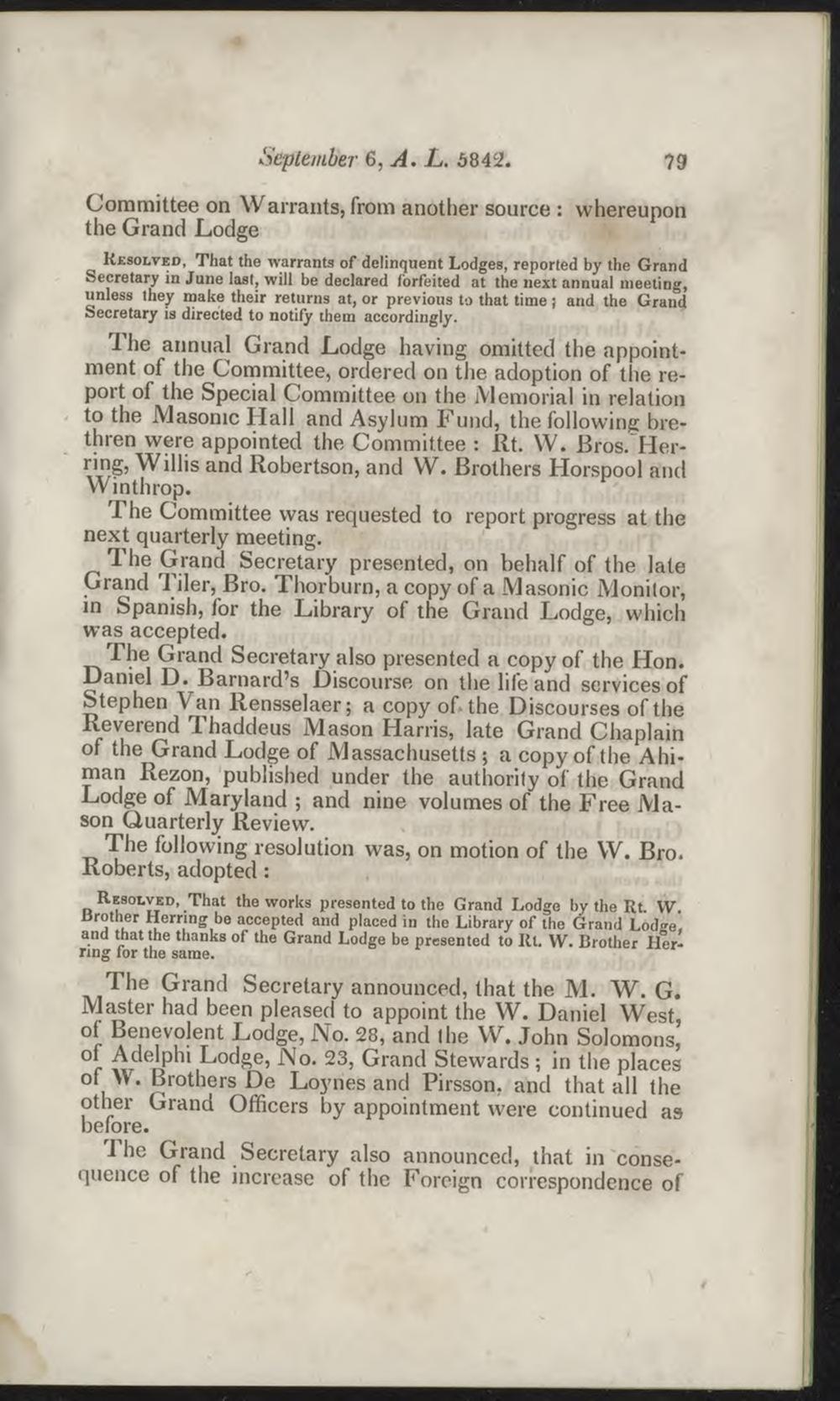 Committee on Warrants, from another source : whereupon the Grand Lodge

Kksoi.vëd, That the warrants of delinquent Lodges, reported by the Grand Secretary in June last, will be declared forfeited at the next annual meeting, unless they make their returns at, or previous to that time ; and the Grand Secretary is directed to notify them accordingly.

The annual Grand Lodge having omitted the appointment of the Committee, ordered on the adoption of the report of the Special Committee on the iYlemorial in relation to the JVJasonic Hall and Asylum Fund, the following brethren were appointed the Committee : Rt. W. Bros.Herring, Willis and Robertson, and W. Brothers Horspool and Winthrop.

The Committee was requested to report progress at the next quarterly meeting.

The Grand Secretary presented, on behalf of the late Grand Tiler, Bro. Thorburn, a copy of a Masonic Monitor, in Spanish, for the Library of the Grand Lodge, which was accepted.

The following resolution was, on motion of the VV. Bro. Roberts, adopted:

The Grand Secretary announced, that the M. W. G. Master had been pleased to appoint the W. Daniël West, °r ^enevolent Lodge, No. 28, and Ihe W. John Solomons,

r W D L°dge, No. 23, Grand Stewards ; in the places of \V. Brothers De Loyries and Pirsson, and that all the other Grand Officers by appointment were continued as before.

Ihe Grand Secretary also announced, that in consequence of the increase of the Foroign correspondence of