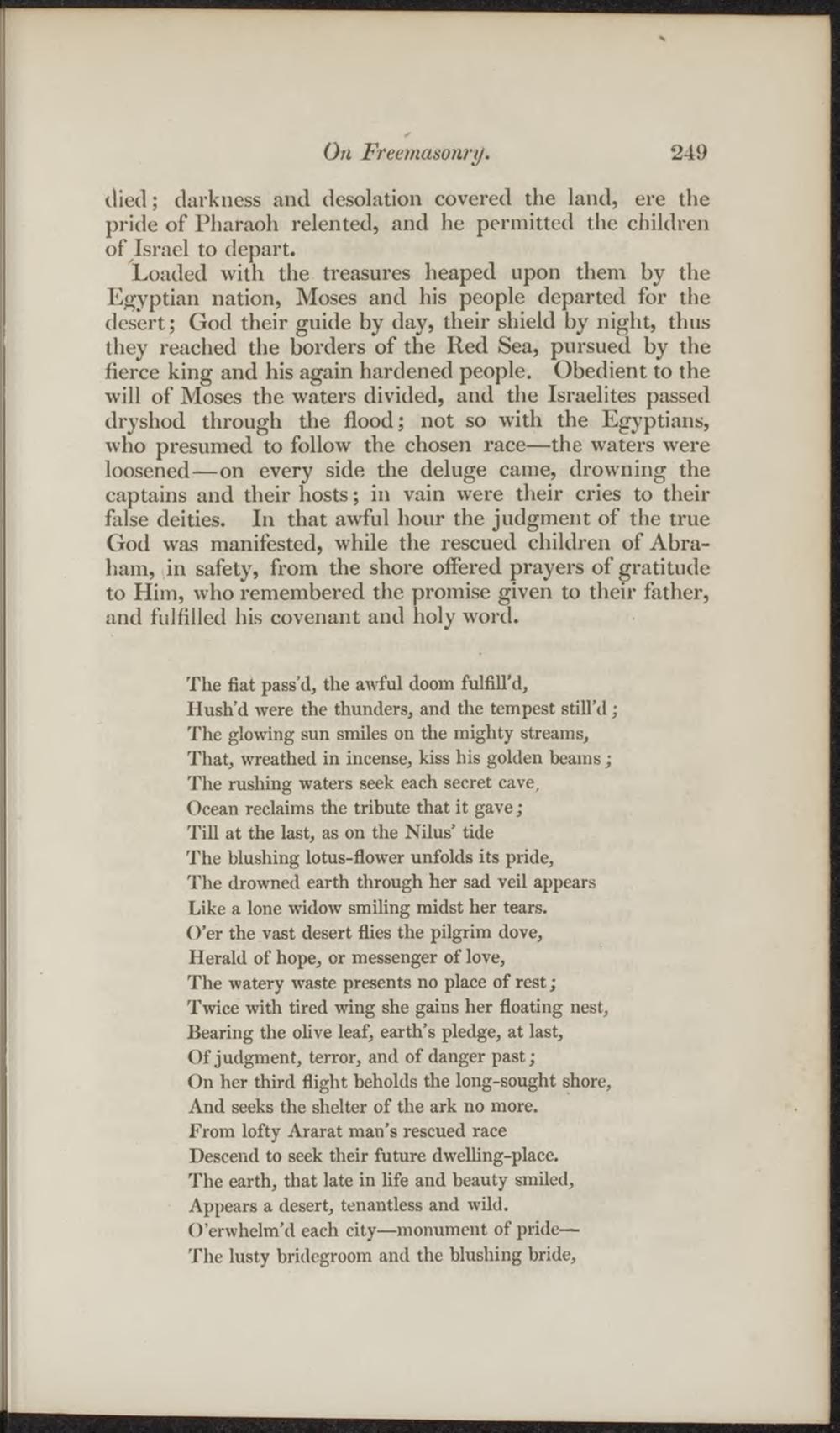 ilietl; darkness and desolation covered the land, ere the pride of Pharaoh relented, and he permitted the children of Israël to depart.

Loaded with the treasures heaped upon them by the Egyptian nation, Moses and his people departed for the desert; God their guide by day, their shield by night, thus they reached the borders of the Red Sea, pursued by the fierce king and his again hardened people. Obedient to the will of Moses the waters divided, and the Israelites passed dryshod through the flood; not so with the Egyptians, who presumed to follow the chosen race—the waters were loosened—on every side the deluge came, drowning the captains and their hosts; in vain were their cries to their false deities. In that awful hour the judgment of the true God was manifested, while the rescued children of Abraham, in safety, from the shore offered prayers of gratitude to Him, who remembered the promise given to their father, and fulfilled his covenant and holy word.

Hush'd were the thunders, and the tempest still'd; The glowing sun smiles on the mighty streams,

That, wreathed in incense, kiss his golden beams; The rushing waters seek each secret cave,

Ocean reclaims the tribute that it gave;

Till at the last, as on the Nilus' tide The hlushing lotus-flower unfolds its pride,

The drowned earth through her sad veil appears Like a lone widow smiling midst her tears.

Herald of hope, or messenger of love,

The watery waste presents no place of rest;

Twice with tired wing she gains her floating nest,

Of judgment, terror, and of danger past;

On her third flight beholds the long-sought shore,

And seeks the shelter of the ark no more.

The earth, that late in life and beauty smiled,

Appears a desert, tenantless and wild.

The lusty bridegroom and the blushing bride,