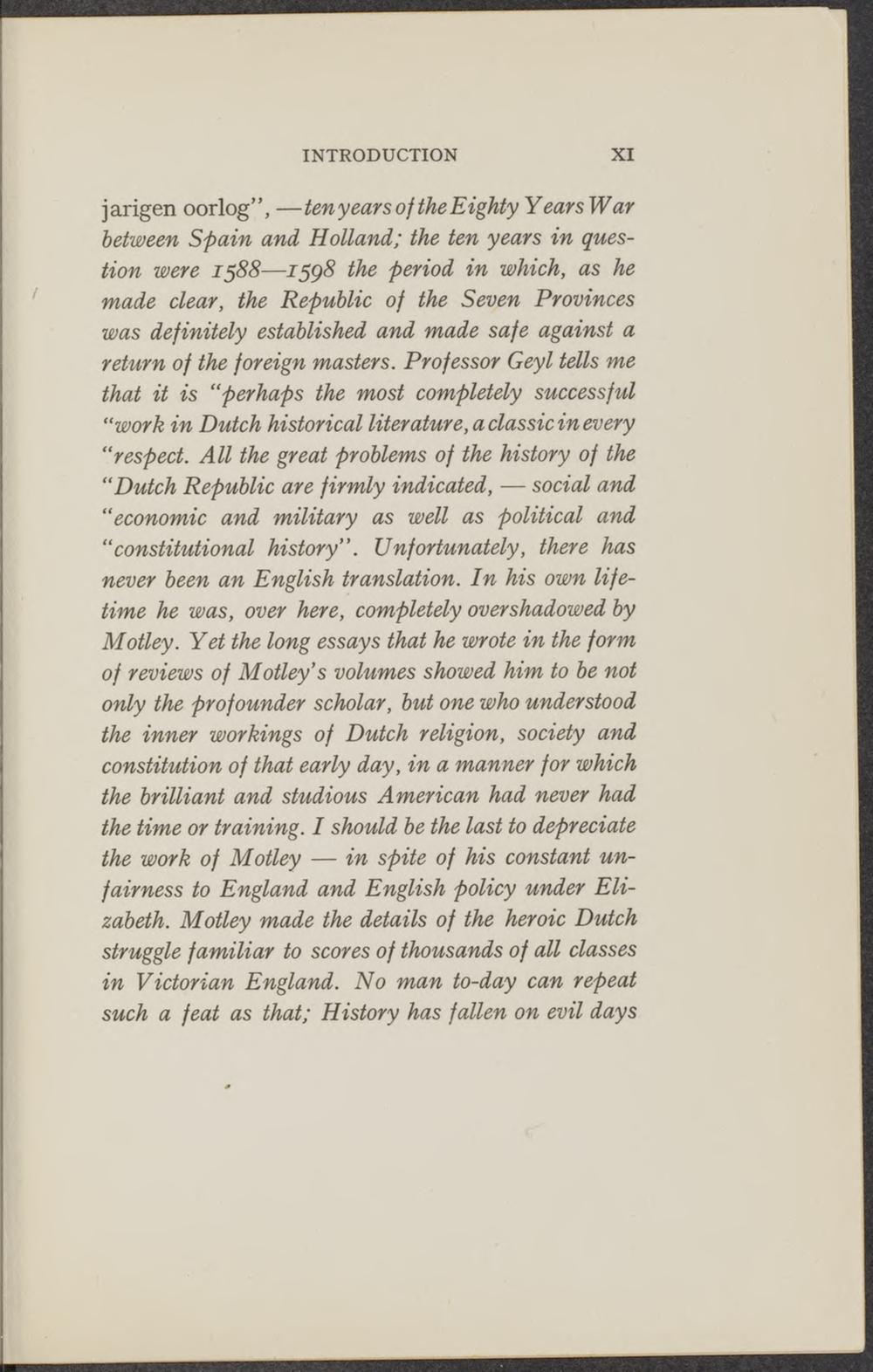 jarigen oorlog", —tenyearsoffheEighty YearsWar between Spain and Holland; the ten years in question were 1588—1598 the period in which, as he made clear, the Republic of the Seven Provinces was definitely established and made safe against a return of the foreign masters. Professor Geyl tells me that it is "perhaps the most completely successful "work in Dutch historical literature,aclassicinevery "respect. AU the great próblems of the history of the "Dutch Republic are firmly indicated, — social and "economie and military as well as political and " constitutional history". Unfortunately, there hos never been an English translation. In his own lifetime he was, over here, completely overshadowed by Motley. Yet the long essays that he wrote in the form of reviews of Motiey's volumes showed him to be not only the profounder scholar, but one who understood the inner workings of Dutch religion, society and constitution of that early day, in a manner for which the brilliant and studious American had never had the time or training. I should be the last to depreciate the work of Motley — in spite of his constant unfair ness to England and English pólicy under Elizabeth. Motley made the details of the heroic Dutch struggle familiar to scores of thousands of aU classes in Victorian England. No man to-day can repeat such a feat as that; History hos f allen on evil days