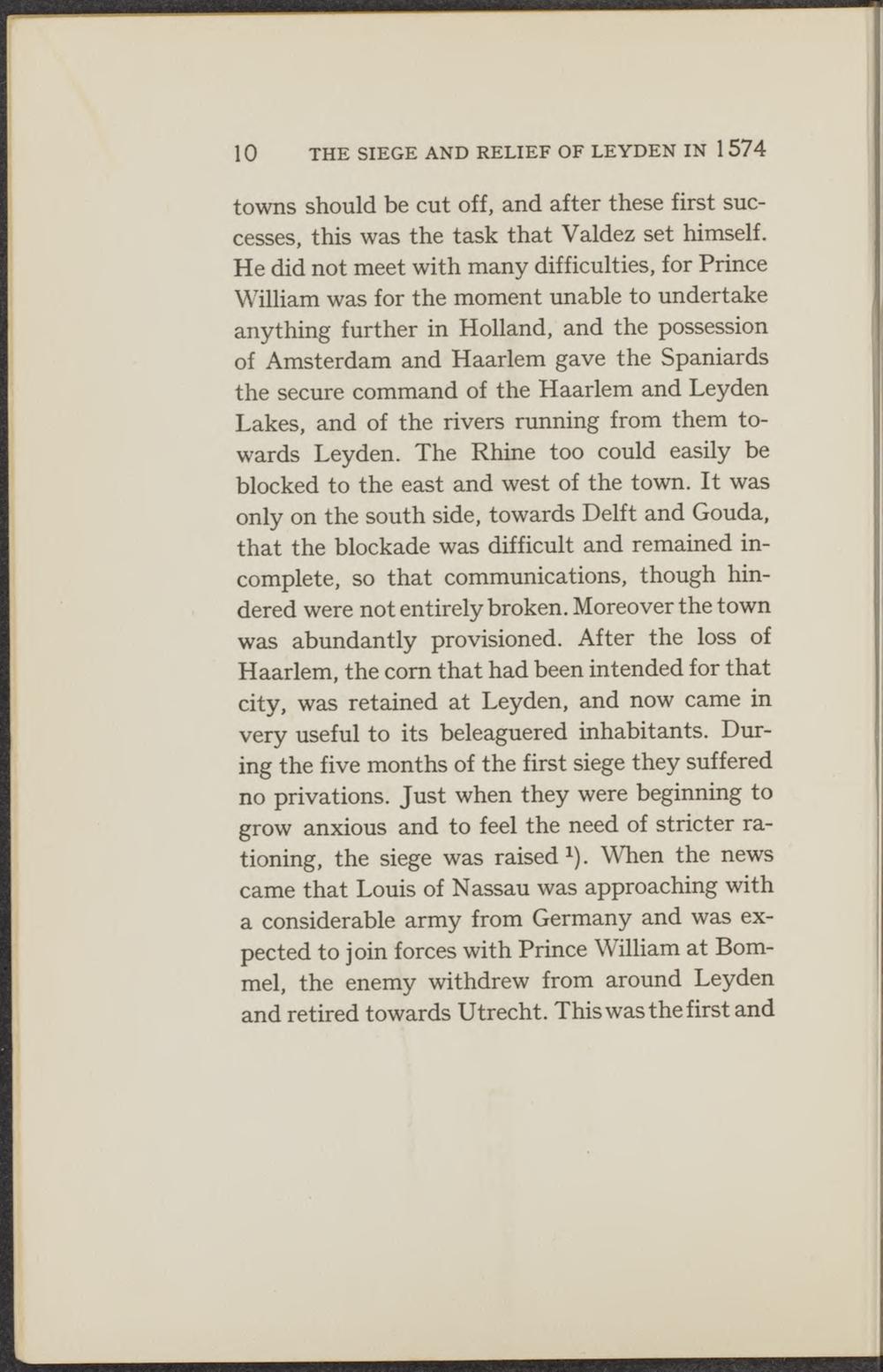 towns should be cut off, and after these first successes, this was the task that Valdez set himself. He did not meet with many difficulties, for Prince William was for the moment unable to undertake anything further in Holland, and the possession of Amsterdam and Haarlem gave the Spaniards the secure command of the Haarlem and Leyden Lakes, and of the rivers running from them towards Leyden. The Rhine too could easily be blocked to the east and west of the town. It was only on the south side, towards Delft and Gouda, that the blockade was difficult and remained incomplete, so that Communications, though hindered were not entirely broken. Moreover the town was abundantly provisioned. After the loss of Haarlem, the corn that had been intended for that city, was retained at Leyden, and now came in very useful to its beleaguered inhabitants. During the five months of the first siege they suffered no privations. Just when they were beginning to grow anxious and to feel the need of stricter rationing, the siege was raised1). When the news came that Louis of Nassau was approaching with a considerable army from Germany and was expected to join forces with Prince William at Bommel, the enemy withdrew from around Leyden and retired towards Utrecht. This was the first and