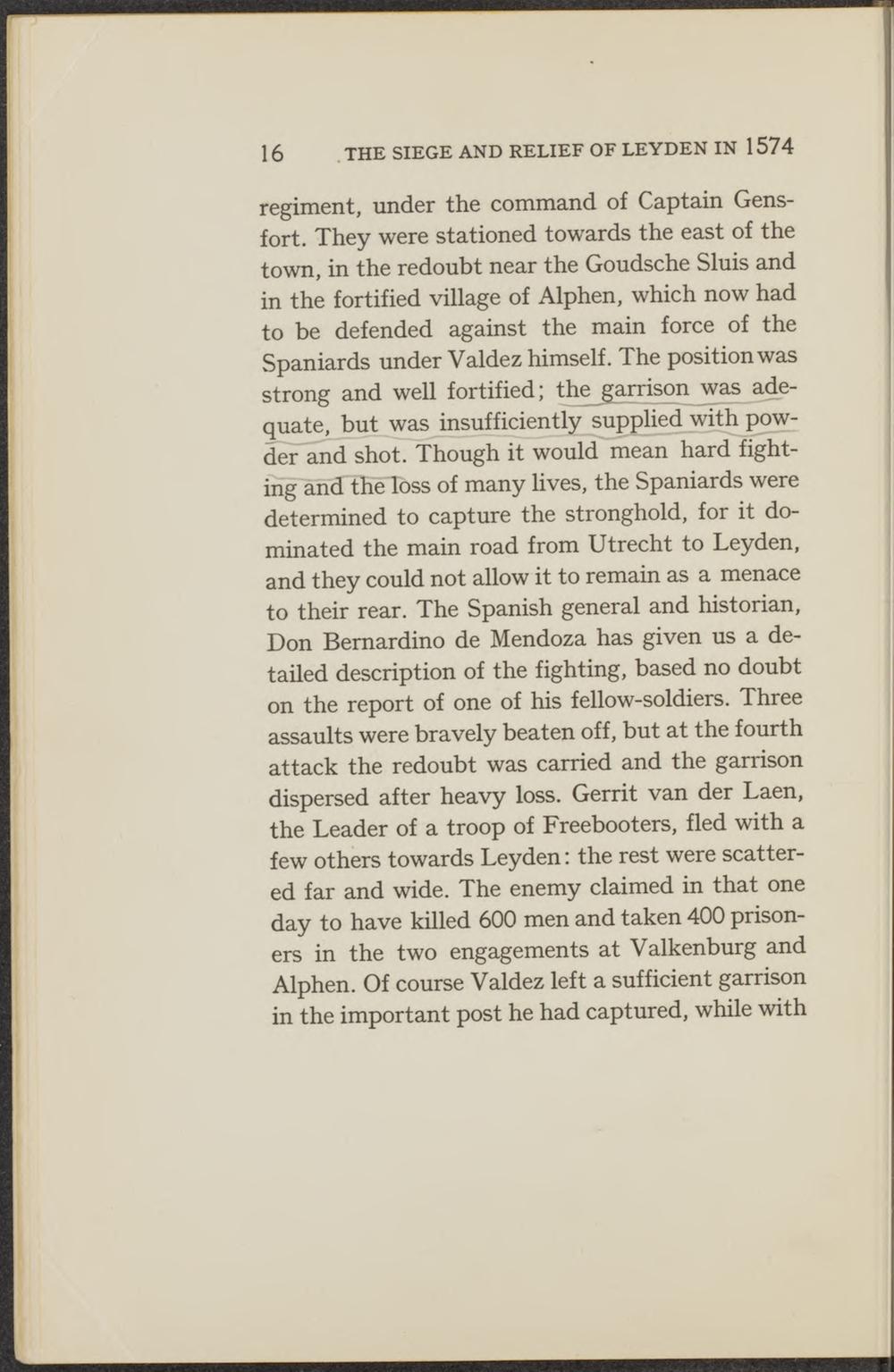 regiment, under the command of Captain Gensfort. They were stationed towards the east of the town, in the redoubt near the Goudsche Sluis and in the fortified village of Alphen, which now had to be defended against the main force of the Spaniards under Valdez himself. The position was strong and well fortified; the garrison was adequate.JmJLwasJnjmjfjc^

dèrlind~shot7Thoïigh it would mean hard fightmgancfthëTbss of many üves, the Spaniards were determined to capture the stronghold, for it dominated the main road from Utrecht to Leyden, and they could not allow it to remain as a menace to their rear. The Spanish general and historian, Don Bernardino de Mendoza has given usadetailed description of the fighting, based no doubt on the report of one of his fellow-soldiers. Three assaults were bravely beaten off, but at the fourth attack the redoubt was canied and the garrison dispersed after heavy loss. Gerrit van der Laen, the Leader of a troop of Freebooters, fled with a few othèrs towards Leyden: the rest were scattered far and wide. The enemy claimed in that one day to have killed 600 men and taken 400 prisoners in the two engagements at Valkenburg and Alphen. Of course Valdez left a sufficiënt garrison in the important post he had captured, while with