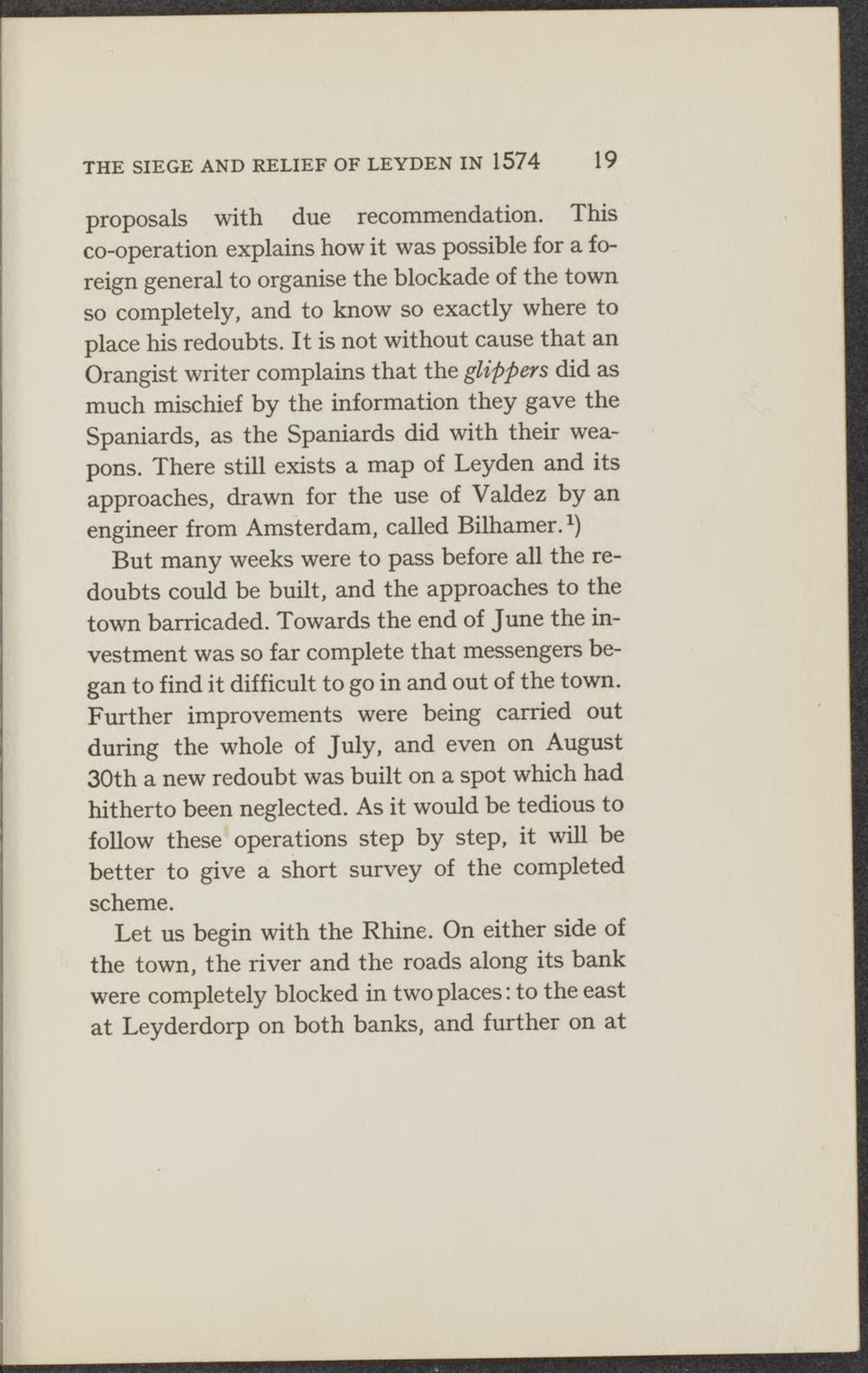 proposals with due recommendation. This co-operation explains how it was possible for a foreign general to organise the blockade of the town so completely, and to know so exactly where to place his redoubts. It is not without cause that an Orangist writer complains that the glippers did as much mischief by the information they gave the Spaniards, as the Spaniards did with their weapons. There still exists a map of Leyden and its approaches, drawn for the use of Valdez by an engineer from Amsterdam, called Bilhamer.1)

But many weeks were to pass before all the redoubts could be built, and the approaches to the town barricaded. Towards the end of Tune the investment was so far complete that messengere began to find it difficult to go in and out of the town. Further improvements were being carried out during the whole of July, and even on August 30th a new redoubt was built on a spot which had hitherto been neglected. As it would be tedious to follow these'operations step by step, it will be better to give a short survey of the completed scheme.

Let us begin with the Rhine. On either side of the town, the river and the roads along its bank were completely blocked in twoplaces: to the east at Leyderdorp on both banks, and further on at