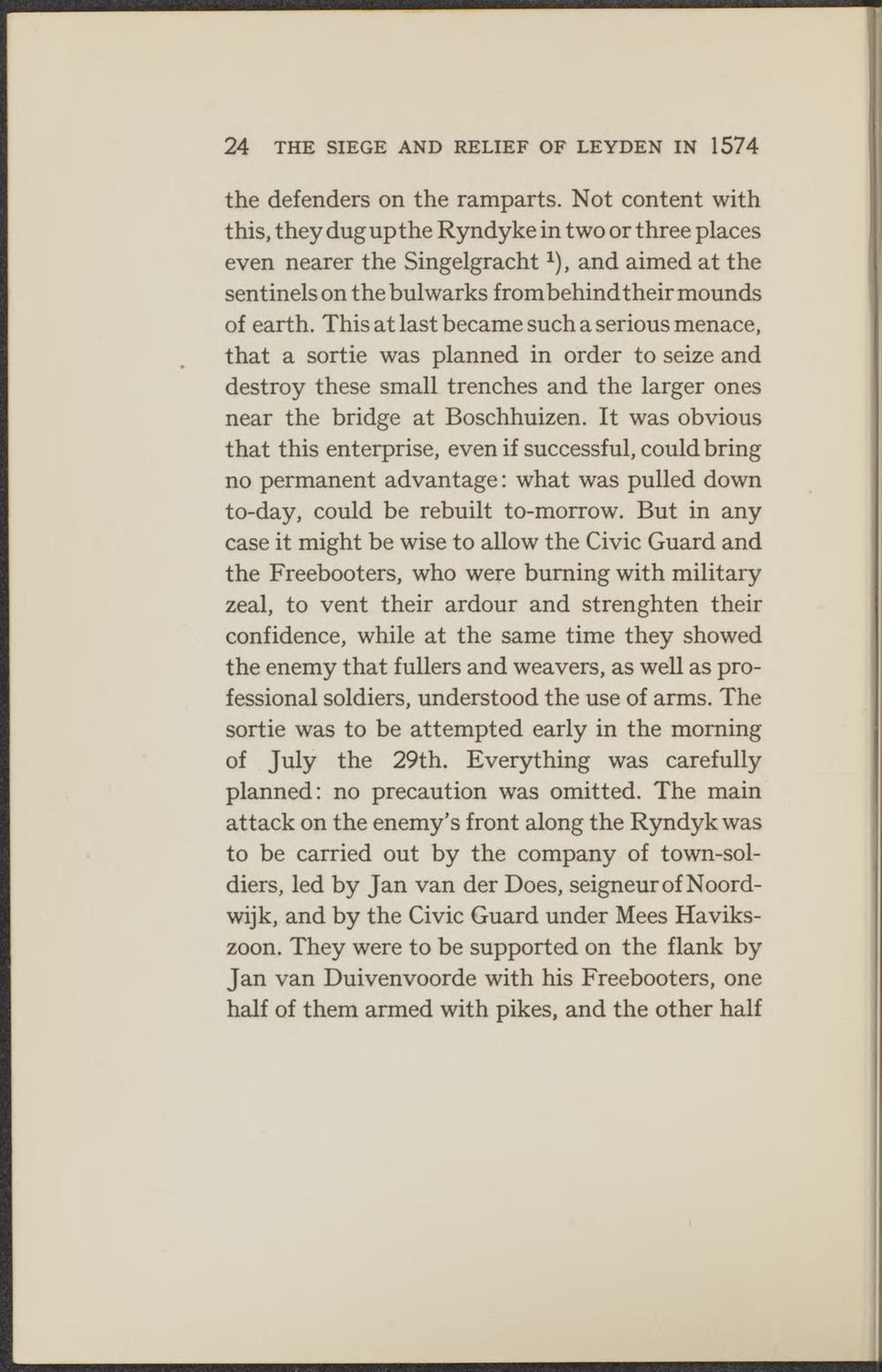 the defenders on the ramparts. Not content with this, they dugupthe Ryndyke in two or three places even nearer the Singelgrachtl), and aimed at the sentinels on the bulwarks frombehindtheir mounds of earth. This at last became such a serious menace, that a sortie was planned in order to seize and destroy these small trenches and the larger ones near the bridge at Boschhuizen. It was obvious that this enterprise, even if successful, could bring no permanent advantage: what was pulled down to-day, could be rebuilt to-morrow. But in any case it might be wise to allow the Civic Guard and the Freebooters, who were burning with military zeal, to vent their ardour and strenghten their confidence, while at the same time they showed the enemy that fullers and weavers, as well as professional soldiers, understood the use of arms. The sortie was to be attempted early in the morning of July the 29th. Everything was carefully planned: no precaution was omitted. The main attack on the enemy's front along the Ryndyk was to be carried out by the company of town-soldiers, led by Jan van der Does, seigneur of Noordwijk, and by the Civic Guard under Mees Havikszoon. They were to be supported on the flank by Jan van Duivenvoorde with his Freebooters, one half of them armed with pikes, and the other half