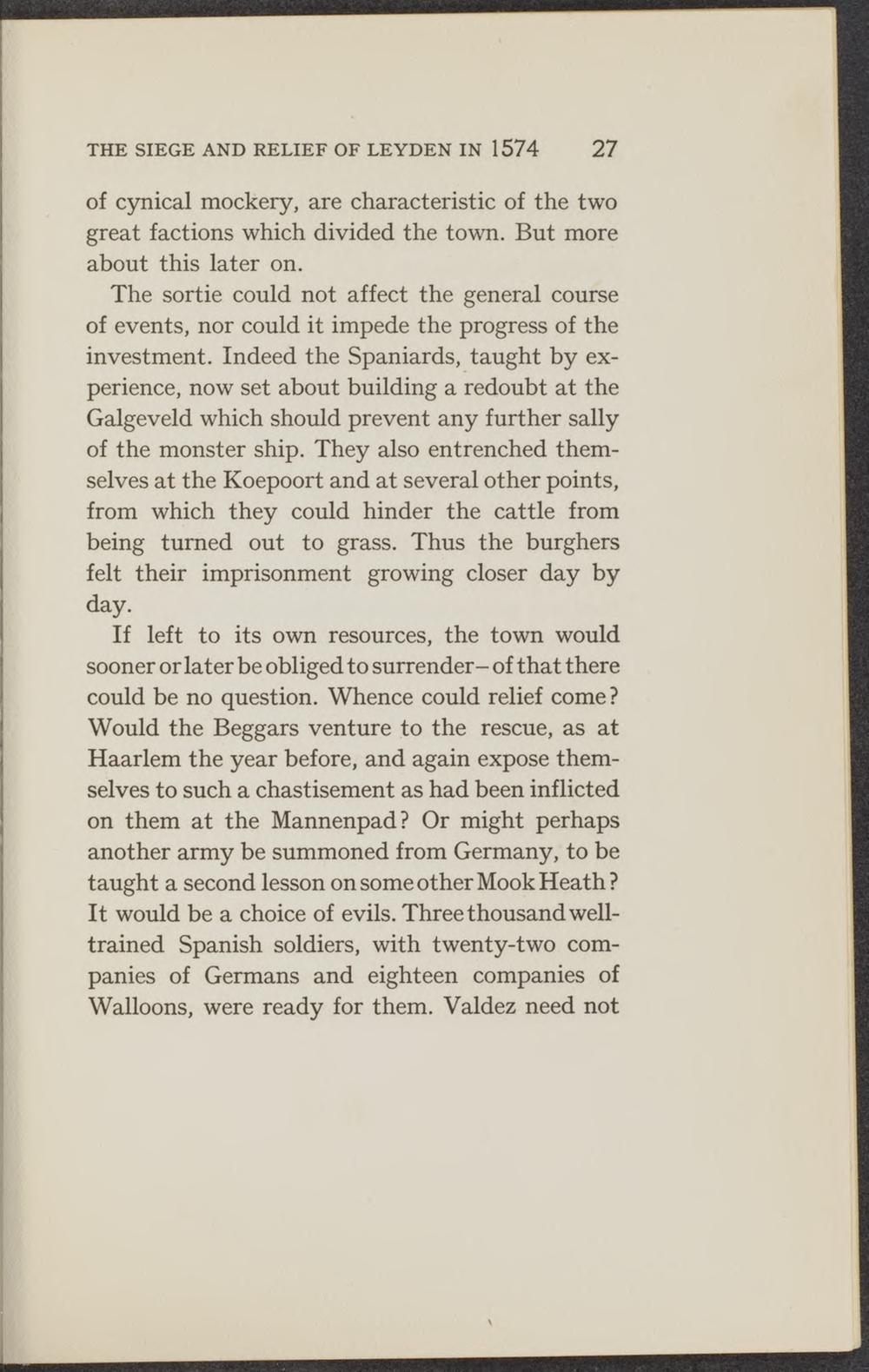 of cynical mockery, are characteristic of the two great factions which divided the town. But more about this later on.

The sortie could not affect the general course of events, nor could it impede the progress of the investment. Indeed the Spaniards, taught by experience, now set about building a redoubt at the Galgeveld which should prevent any further sally of the monster ship. They also entrenched themselves at the Koepoort and at several other points, from which they could hinder the cattle from being turned out to grass. Thus the burghers feit their imprisonment growing closer day by day.

If left to its own resources, the town would sooner or later be obliged to surrender— of that there could be no question. Whence could reliëf come? Would the Beggars venture to the rescue, as at Haarlem the year before, and again exposé themselves to such a chastisement as had been inflicted on them at the Mannenpad? Or might perhaps another army be summoned from Germany, to be taught a second lesson onsome other MookHeath? It would be a choice of evils. Three thousandwelltrained Spanish soldiers, with twenty-two companies of Germans and eighteen companies of Walloons, were ready for them. Valdez need not