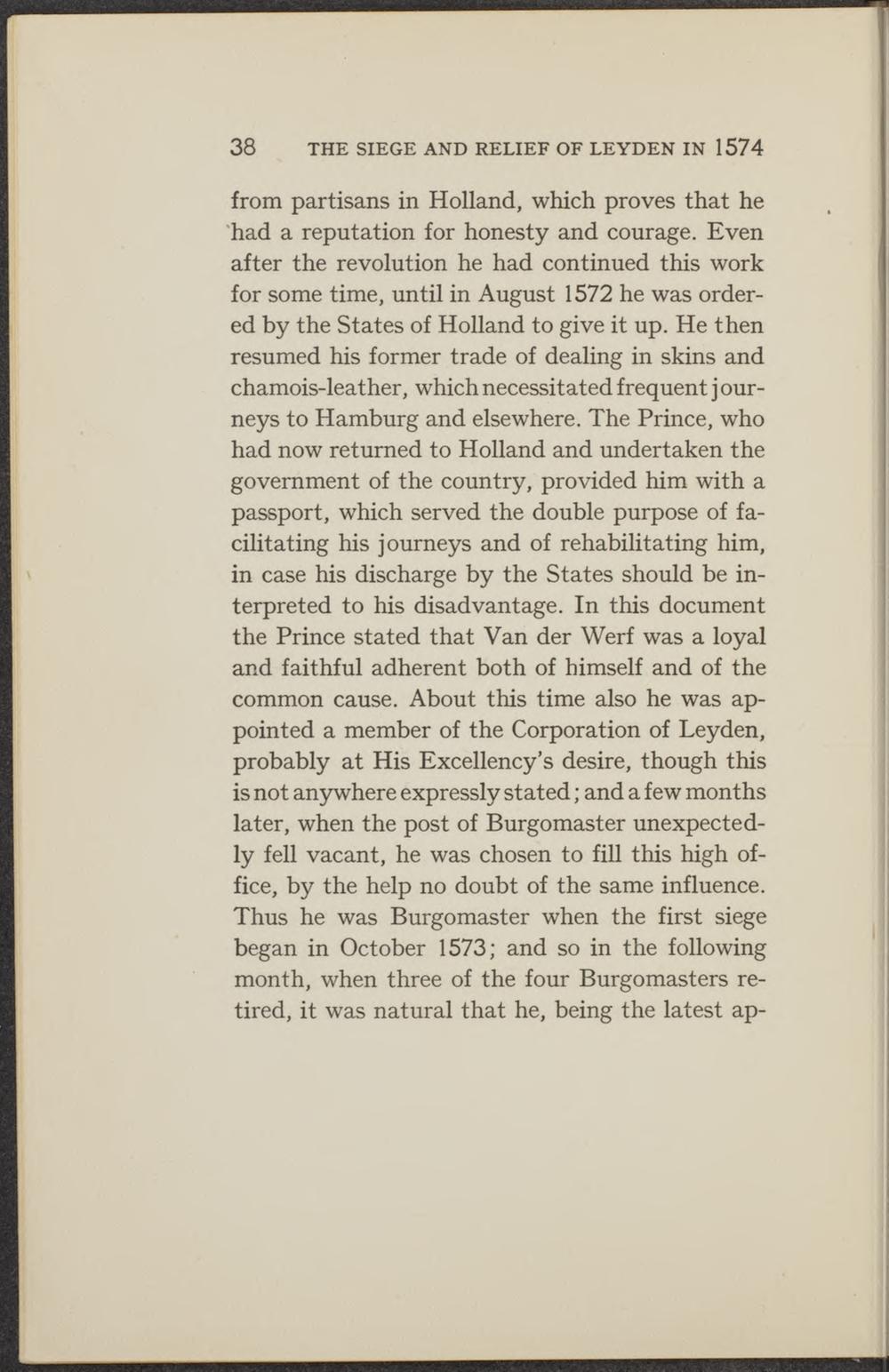 from partisans in Holland, which proves that he 'had a reputation for honesty and courage. Even after the revolution he had continued this work for some time, until in August 1572 he was ordered by the States of Holland to give it up. He then resumed his former trade of dealing in skins and chamois-leather, which necessitated frequent journeys to Hamburg and elsewhere. The Prince, who had now returned to Holland and undertaken the government of the country, provided him with a passport, which served the doublé purpose of facilitating his journeys and of rehabilitating him, in case his discharge by the States should be interpreted to bis disadvantage. In this document the Prince stated that Van der Werf was a loyal and faithful adherent both of himself and of the common cause. About this time also he was appointed a member of the Corporation of Leyden, probably at His Excellency's desire, though this is not any where expr essly stated; and a few months later, when the post of Burgomaster unexpectedly feil vacant, he was chosen to fül this high office, by the help no doubt of the same influence. Thus he was Burgomaster when the first siege began in October 1573; and so in the following month, when three of the four Burgomasters retired, it was natural that he, being the latest ap-