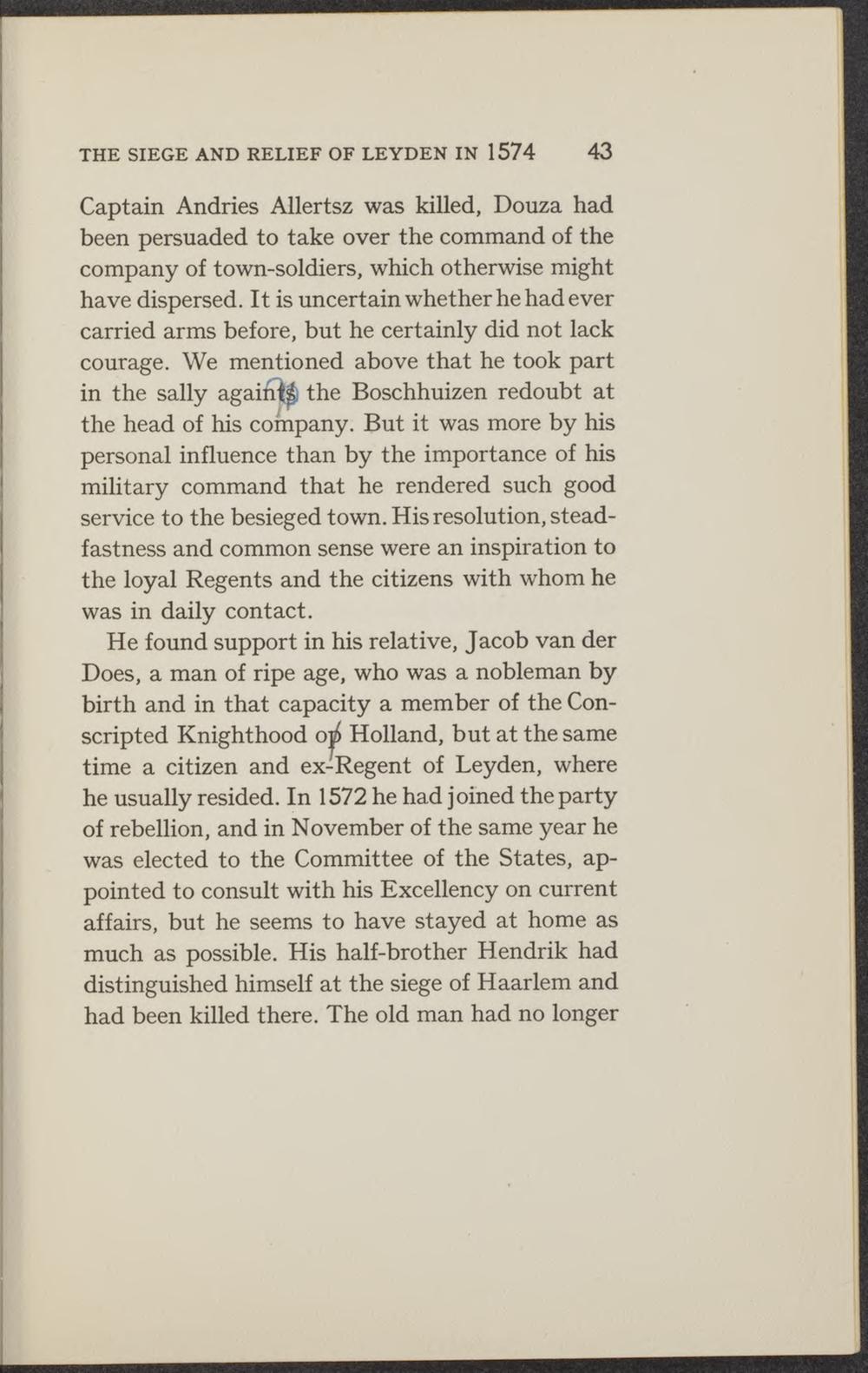 Captain Andries Allertsz was killed, Douza had been persuaded to take over the command of the company of town-soldiers, which otherwise might have dispersed. It is uncertain whetherhe had ever carried arms before, but he certainly did not lack courage. We mentioned above that he took part in the sally againj^i the Boschhuizen redoubt at the head of his company. But it was more by bis personal influence than by the importance of his military command that he rendered such good service to the besieged town. His resolution, steadfastness and common sense were an inspiration to the loyal Regents and the citizens with whom he was in daily contact.

He found support in his relative, Jacob van der Does, a man of ripe age, who was a nobleman by birth and in that capacity a member of the Conscripted Knighthood oj^ Holland, but at the same time a citizen and ex-Regent of Leyden, where he usually resided. In 1572 he had joined the party of rebellion, and in November of the same year he was elected to the Committee of the States, appointed to consult with his Excellency on current affairs, but he seems to have stayed at home as much as possible. His half-brother Hendrik had distinguished himself at the siege of Haarlem and had been killed there. The old man had no longer