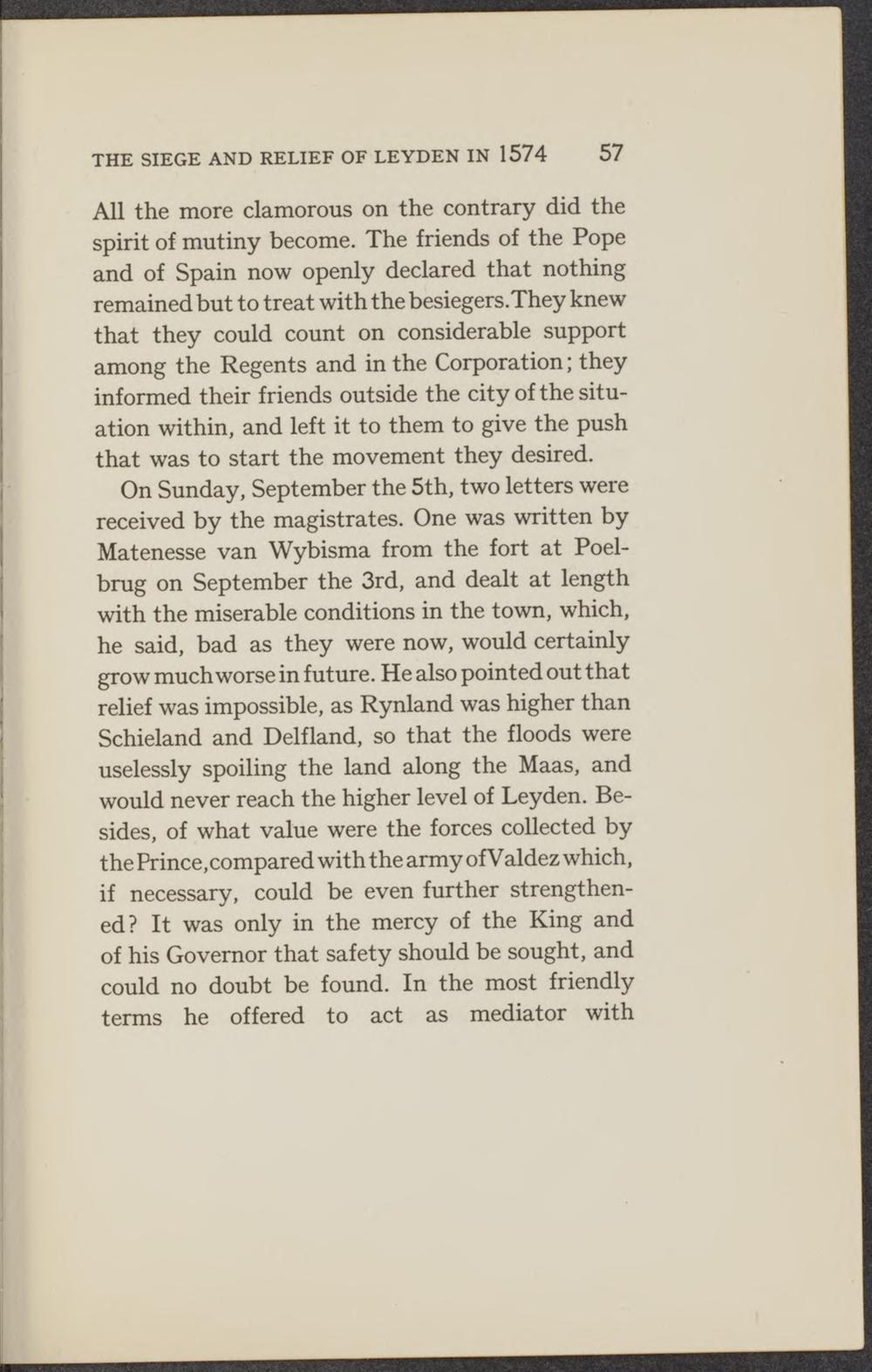 All the more clamorous on the contrary did the spirit ofnmtiny become. The friends of the Pope and of Spain now openly declared that nothing remained but to treat with the besiegers.They knew that they could count on considerable support among the Regents and in the Corporation; they informed their friends outside the city of thesituation within, and left it to them to give the push that was to start the movement they desired.

On Sunday, September the 5th, two letters were received by the magistrates. One was written by Matenesse van Wybisma from the fort at Poelbrug on September the 3rd, and dealt at length with the miserable conditions in the town, which, he said, bad as they were now, would certainly grow much worse in future. He also pointed out that reliëf was impossible, as Rynland was higher than Schieland and Delfland, so that the floods were uselessly spoiling the land along the Maas, and would never reach the higher level of Leyden. Besides, of what value were the forces collected by the Prince.compared with the army ofValdez which, if necessary, could be even further strengthened? It was only in the mercy of the King and of his Governor that safety should be sought, and could no doubt be found. In the most friendly terms he offered to act as mediator with