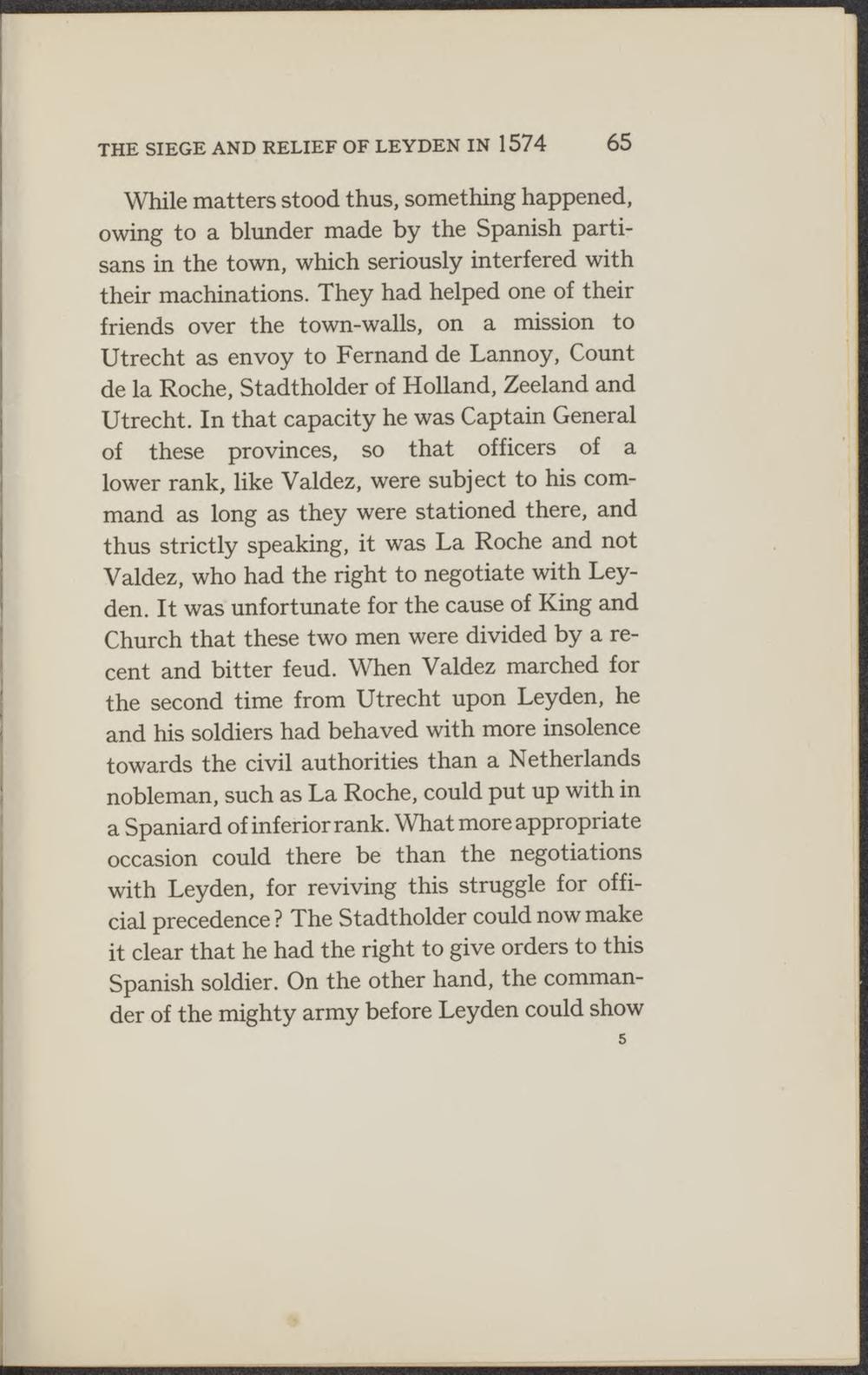 While matters stood thus, something happened, owing to a blunder made by the Spanish partisans in the town, which seriously interfered with their machinations. They had helped one of their friends over the town-walls, on a mission to Utrecht as envoy to Fernand de Lannoy, Count de la Roche, Stadtholder of Holland, Zeeland and Utrecht. In that capacity he was Captain General of these provinces, so that officers of a lower rank, like Valdez, were subject to bis command as long as they were stationed there, and thus strictly speaking, it was La Roche and not Valdez, who had the right to negotiate with Leyden. It was unfortunate for the cause of King and Church that these two men were divided by a recent and bitter feud. When Valdez marched for the second time from Utrecht upon Leyden, he and his soldiers had behaved with more insolence towards the civil authorities than a Netherlands nobleman, such as La Roche, could put up with in a Spaniard of inf erior rank. What more appropriate occasion could there be than the negotiations with Leyden, for reviving this struggle for official precedence? The Stadtholder could nowmake it clear that he had the right to give orders to this Spanish soldier. On the other hand, the commander of the mighty army before Leyden could show