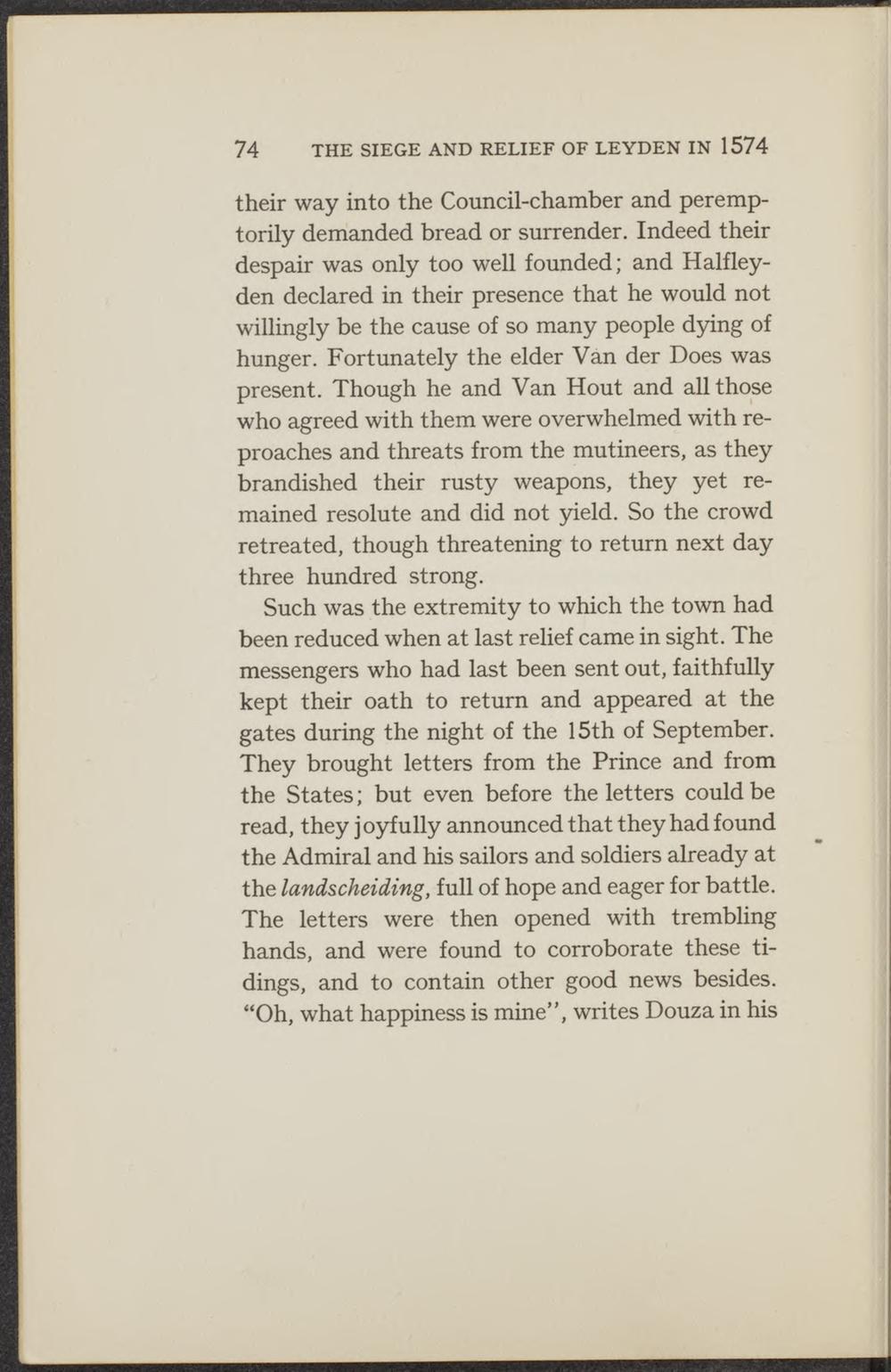 their way into the Council-chamber and peremptorily demanded bread or surrender. Indeed their despair was only too well founded; and Halfleyden declared in their presence that he would not willingly be the cause of so many people dying of hunger. Fortunately the elder Van der Does was present. Though he and Van Hout and all those who agreed with them were overwhelmed with reproaches and threats from the mutineers, as they brandished their rusty weapons, they yet remained resolute and did not yield. So the crowd retreated, though threatening to return next day three hundred strong.

Such was the extremity to which the town had been reduced when at last reliëf came in sight. The messengers who had last been sent out, faithfully kept their oath to return and appeared at the gates during the night of the I5th of September. They brought letters from the Prince and from the States; but even before the letters could be read, they joyfully announced that they had found the Admiral and his sailors and soldiers already at the landscheiding, full of hope and eager for battle. The letters were then opened with trembling hands, and were found to corroborate these tidings, and to contain other good news besides. "Oh, what happiness is mine'', writes Douza in his