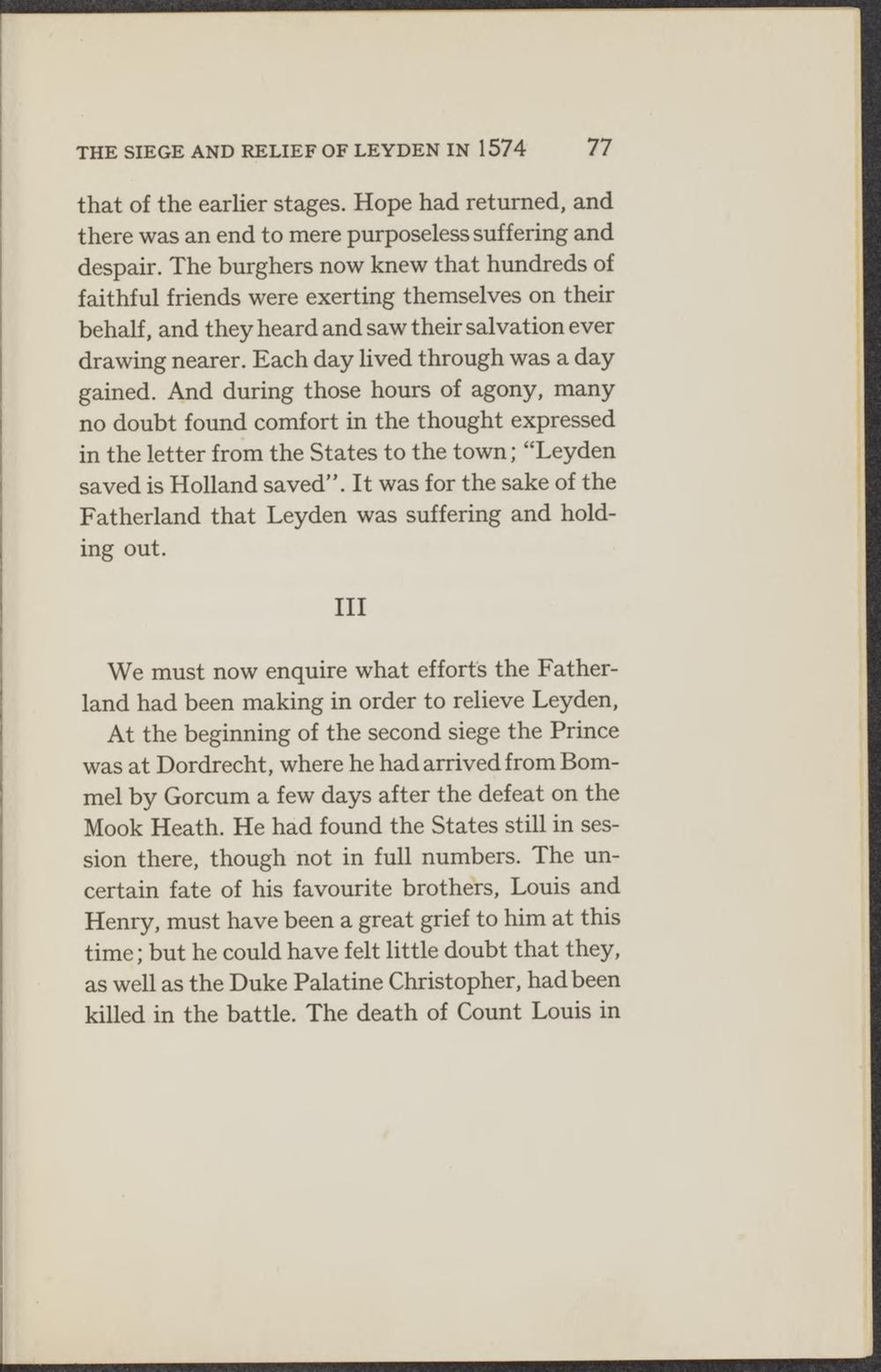 that of the earlier stages. Hope had returned, and there was an end to mere purposeless suffering and despair. The burghers now knew that hundreds of faithful friends were exerting themselves on their behalf, and they heard and saw their sal vat ion ever drawing nearer. Each day Uved through was a day gained. And during those hours of agony, many no doubt found comfort in the thought expressed in the letter from the States to the town; "Leyden saved is Holland saved". It was for the sake of the Fatherland that Leyden was suffering and holding out.

We must now enquire what effortis the Fatherland had been making in order to relieve Leyden,

At the beginning of the second siege the Prince was at Dordrecht, where he had arrived from Bommel by Gorcum a few days after the defeat on the Mook Heath. He had found the States still in session there, though not in full numbers. The uncertain fate of his favourite brotheVs, Louis and Henry, must have been a great grief to him at this time; but he could have feit little doubt that they, as well as the Duke Palatine Christopher, had been killed in the battle. The death of Count Louis in