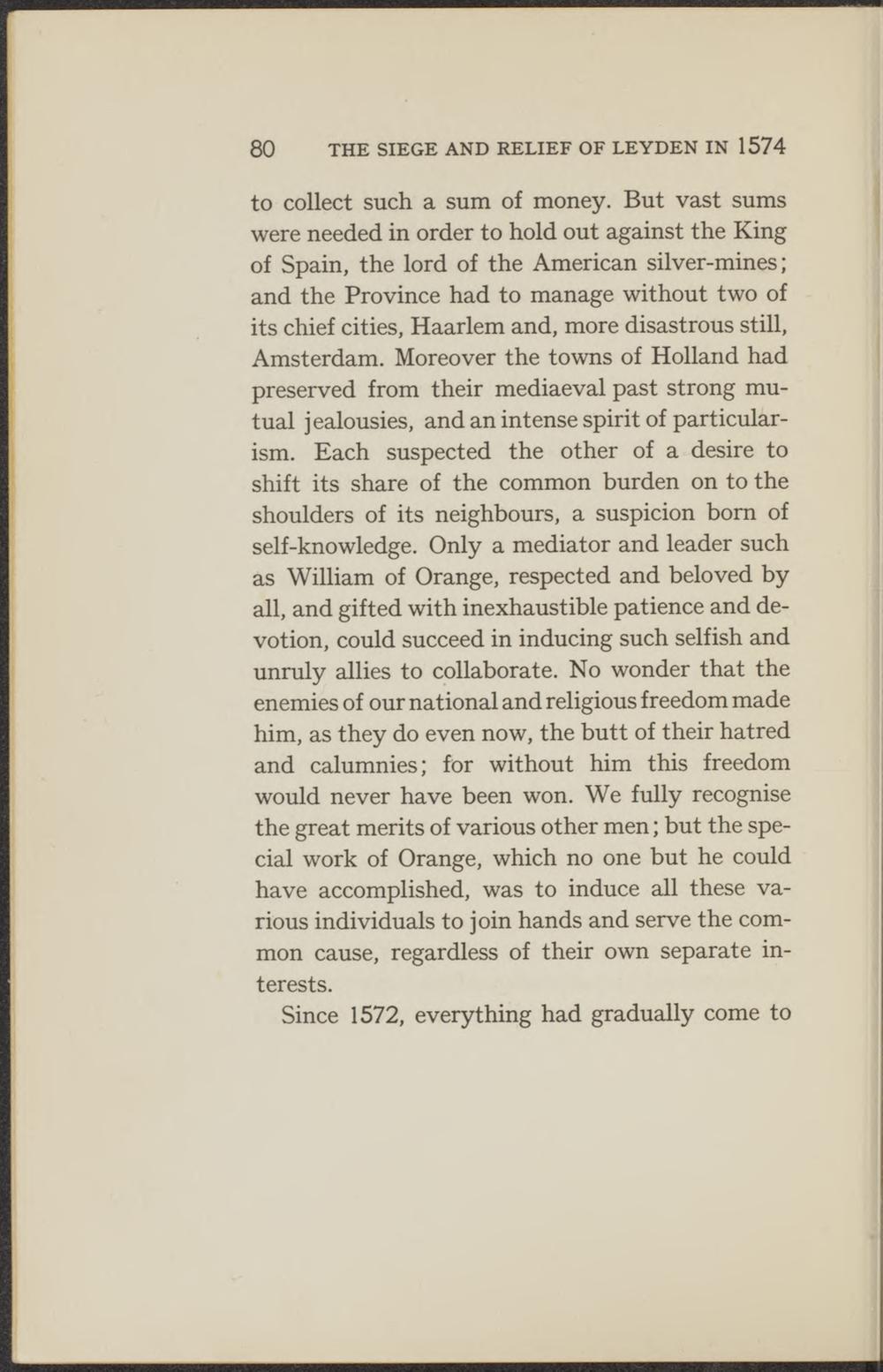 to collect such a sum of money. But vast sums were needed in order to hold out against the King of Spain, the lord of the American silver-mines; and the Province had to manage without two of its chief cities, Haarlem and, more disastroüs still, Amsterdam. Moreover the towns of Holland had preserved from their mediaeval past strong mutual jealousies, and an intense spirit of particularism. Each suspected the other of a desire to shift its share of the common burden on to the shoulders of its neighbours, a suspicion born of self-knowledge. Only a mediator and leader such as William of Orange, respected and beloved by all, and gifted with inexhaustible patience and devotion, could succeed in inducing such selfish and unruly allies to collaborate. No wonder that the enemies of our national and religious freedom made him, as they do even now, the butt of their hatred and calumnies; fbr without him this freedom would never have been won. We fully recognise the great merits of various other men; but the special work of Orange, which no one but he could have accomplished, was to induce all these various individuals to join hands and serve the common cause, regardless of their own separate interests.

Since 1572, everything had gradually come to