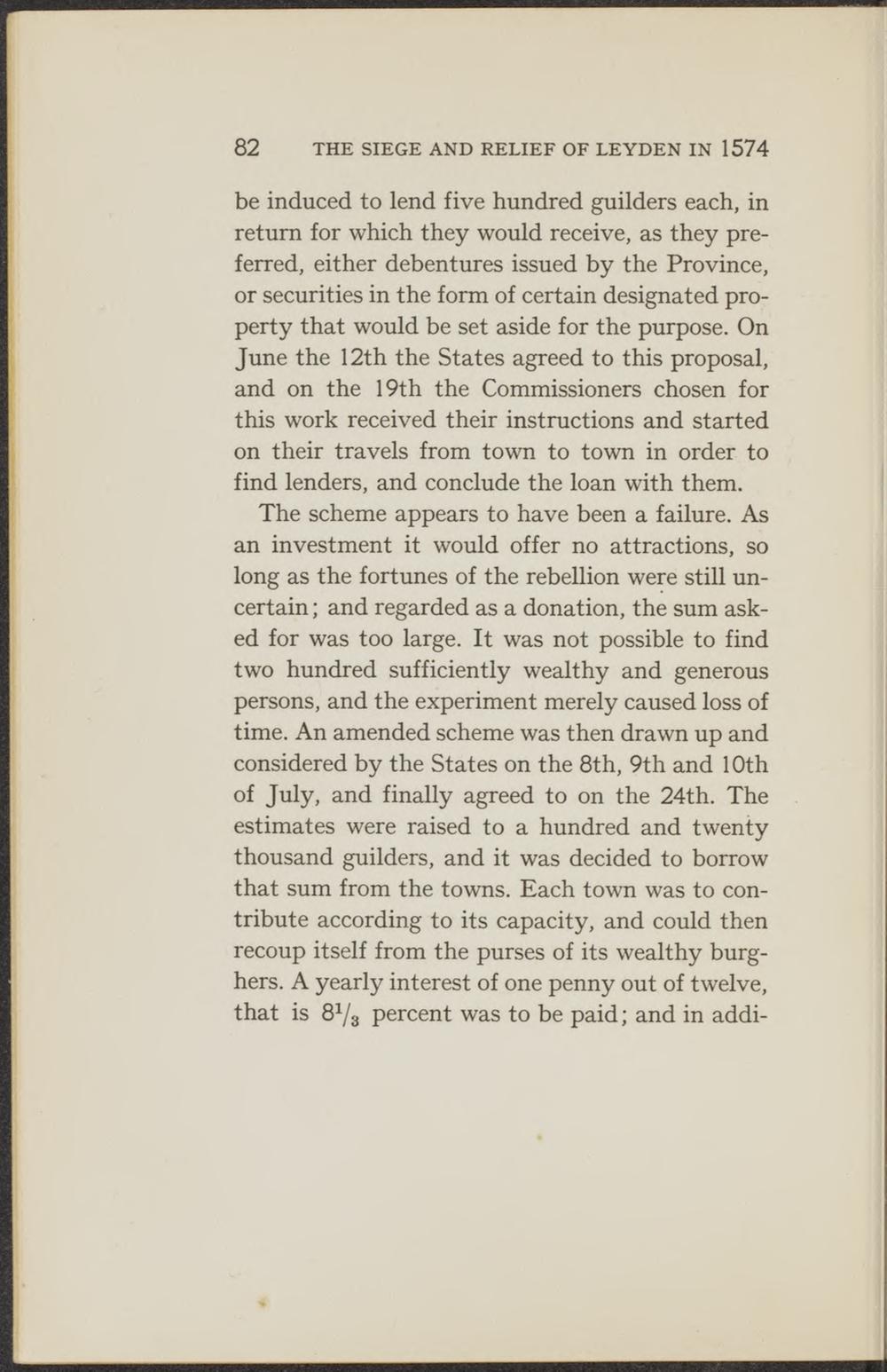 be induced to lend f ive hundred guilders each, in return for which they would receive, as they preferred, either debentures issued by the Province, or securities in the form of certain designated property that would be set aside for the purpose. On June the 12th the States agreed to this proposal, and on the 19th the Commissioners chosen for this work received their instructions and started on their travels from town to town in order to find lenders, and conclude the loan with them.

The scheme appears to have been a failure. As an investment it would offer no attractions, so long as the fortunes of the rebellion were still uncertain; and regarded as a donation, the sum asked for was too large. It was not possible to find two hundred sufficiently wealthy and generous persons, and the experiment merely caused loss of time. An amended scheme was then drawn up and considered by the States on the 8th, 9th and lOth of July, and finally agreed to on the 24th. The estimates were raised to a hundred and twenty thousand guilders, and it was decided to borrow that sum from the towns. Each town was to contribute according to its capacity, and could then recoup itself from the purses of its wealthy burghers. A yearly interest of one penny out of twelve, that is 8V3 percent was to be paid; and in addi-