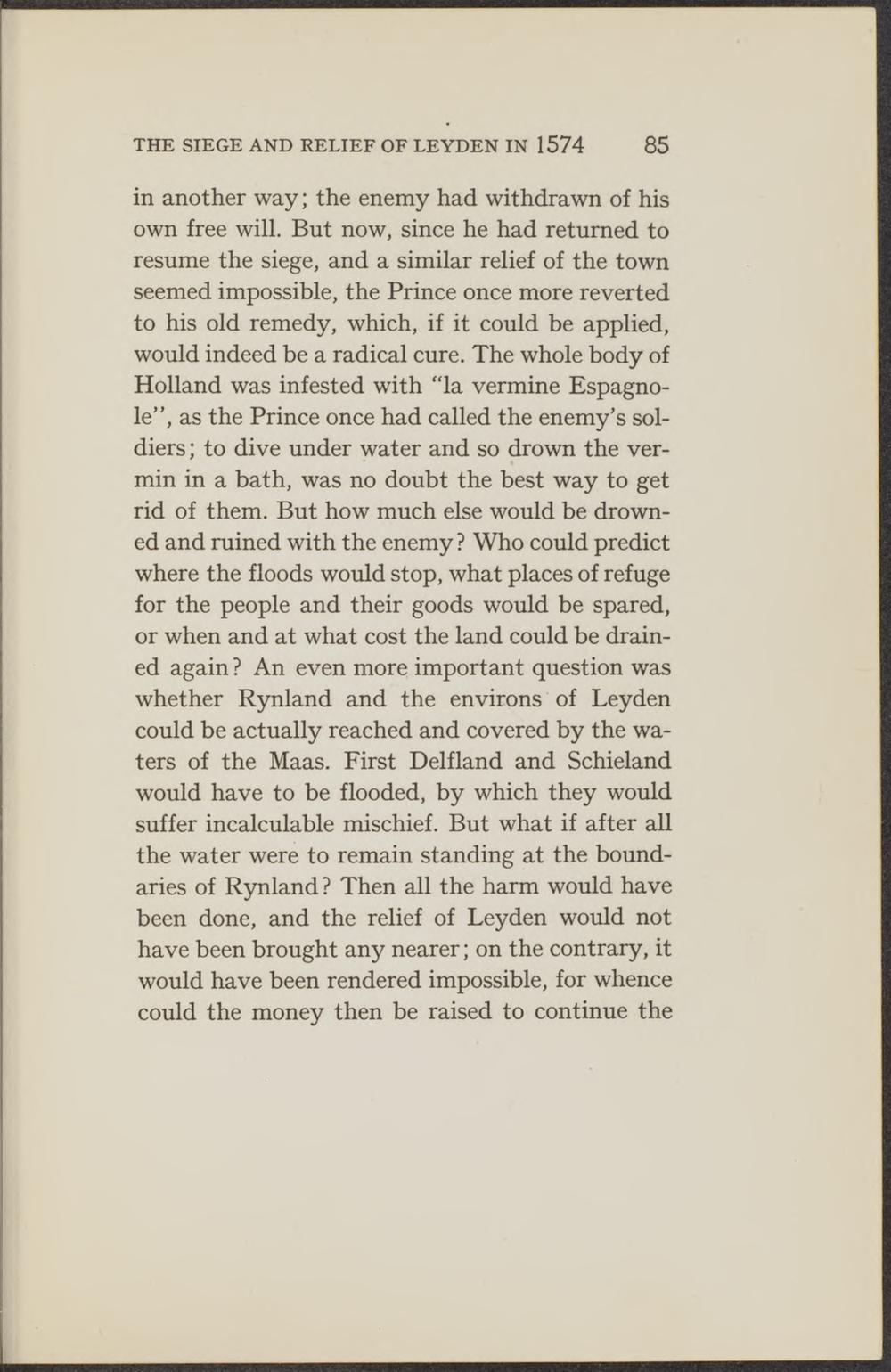 in another way; the enemy had withdrawn of his own free will. But now, since he had returned to resumé the siege, and a similar reliëf of the town seemed impossible, the Prince once morë reverted to his old remedy, which, if it could be applied, would indeed be a radical cure. The whole body of Holland was infested with "la vermine Espagnole", as the Prince once had called the enemy's soldiers; to dive under water and so drown the vermin in a bath, was no doubt the best way to get rid of them. But how much else would be drowned and ruined with the enemy? Who could predict where the floods would stop, what places of refuge for the people and their goods would be spared, or when and at what cost the land could be drained again ? An even more important question was whether Rynland and the environs of Leyden could be actually reached and covered by the waters of the Maas. First Delfland and Schieland would have to be flooded, by which they would suffer incalculable mischief. But what if after all the water were to remain standing at the boundaries of Rynland? Then all the harm would have been done, and the reliëf of Leyden would not have been brought any nearer; on the contrary, it would have been rendered impossible, for whence could the money then be raised to continue the