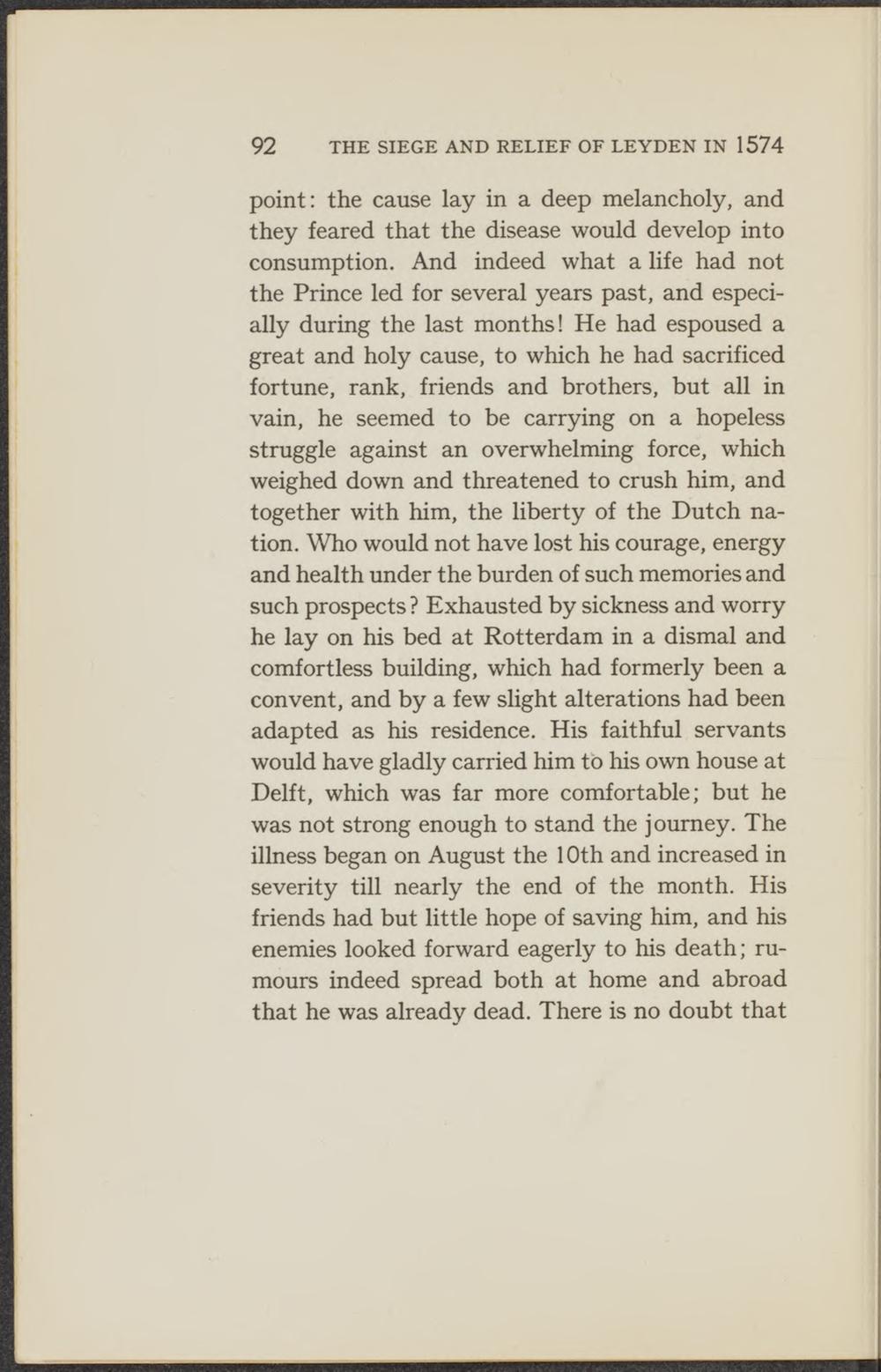 point: the cause lay in a deep melancholy, and they feared that the disease would develop into consumption. And indeed what a life had not the Prince led for several years past, and espectally during the last months! He had espoused a great and holy cause, to which he had sacrificed fortune, rank, friends and brothers, but all in vain, he seemed to be carrying on a hopeless struggle against an overwhelming force, which weighed down and threatened to crush him, and together with him, the liberty of the Dutch nation. Who would not have lost his courage, energy and health under the burden of such memories and such prospects ? Exhausted by sickness and worry he lay on his bed at Rotterdam in a dismal and comfortless building, which had formerly been a convent, and by a few slight alterations had been adapted as his residence. His faithful servants would have gladly carried him tb his own house at Delft, which was far more comfortable; but he was not strong enough to stand the joumey. The illness began on August the lOth and increased in severity till nearly the end of the month. His friends had but little hope of saving him, and his enemies looked forward eagerly to his death; rumours indeed spread both at home and abroad that he was already dead. There is no doubt that