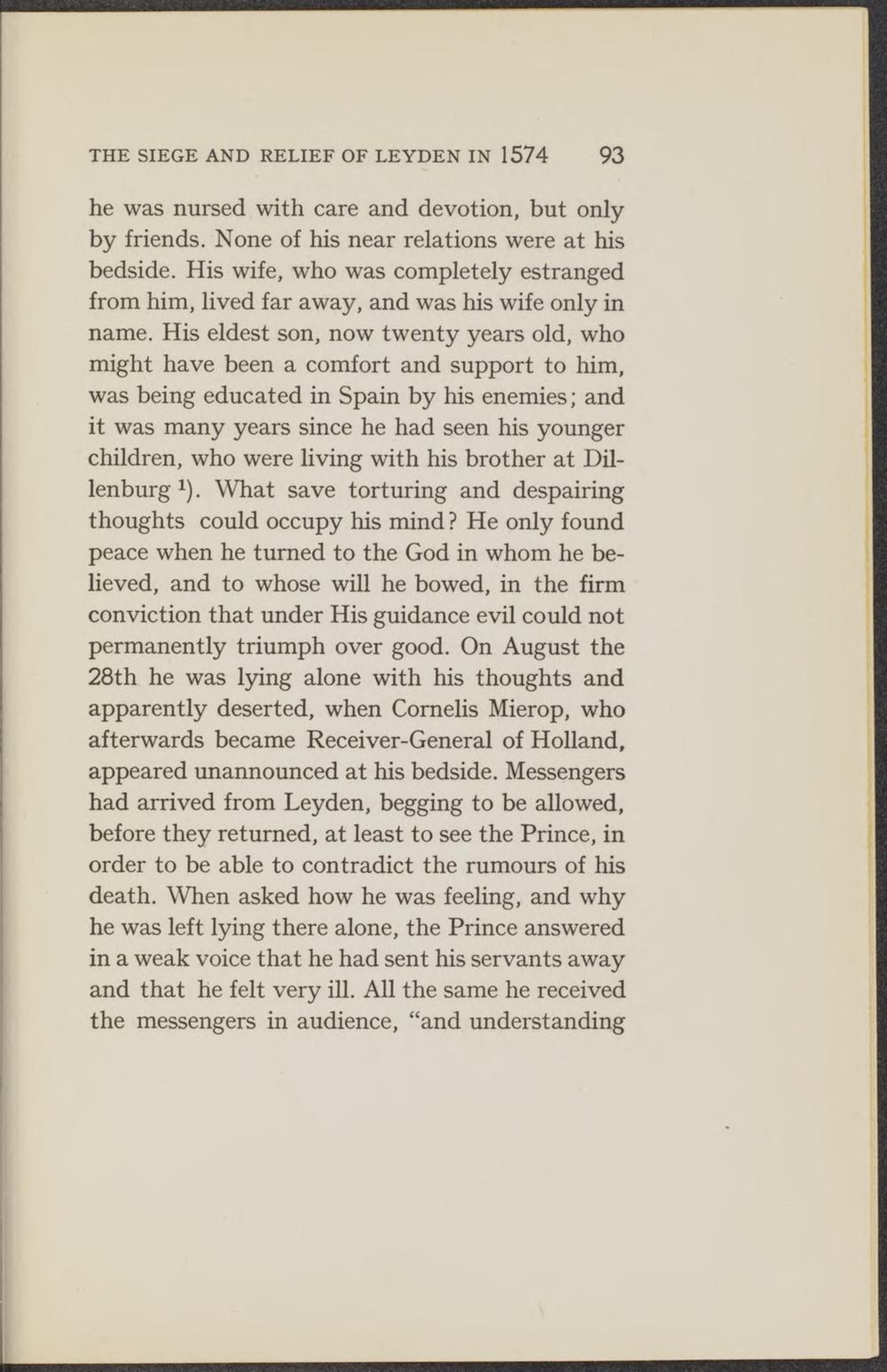 he was nursed with caxe and devotion, but only by friends. None of his near relations were at his bedside. His wife, who was completely estranged from him, lived far away, and was his wife only in name. His eldest son, now twenty years old, who might have been a comfort and support to him, was being educated in Spain by bis enemies; and it was many years since he had seen his younger children, who were living with his brother at Dillenburg 1). What save torturing and despairing thoughts could occupy his mind ? He only found peace when he turned to the God in whom he believed, and to whose will he bowed, in the firm conviction that under His guidance evil could not permanently triumph over good. On August the 28th he was lying alone with his thoughts and apparently deserted, when Cornelis Mierop, who afterwards became Receiver-General of Holland, appeared unannounced at bis bedside. Messengers had arrived from Leyden, begging to be allowed, before they returned, at least to see the Prince, in order to be able to contradict the rumours of his death. When asked how he was feeling, and why he was left lying there alone, the Prince answered in a weak voice that he had sent his servants away and that he feit very Hl. All the same he received the messengers in audience, "and understanding