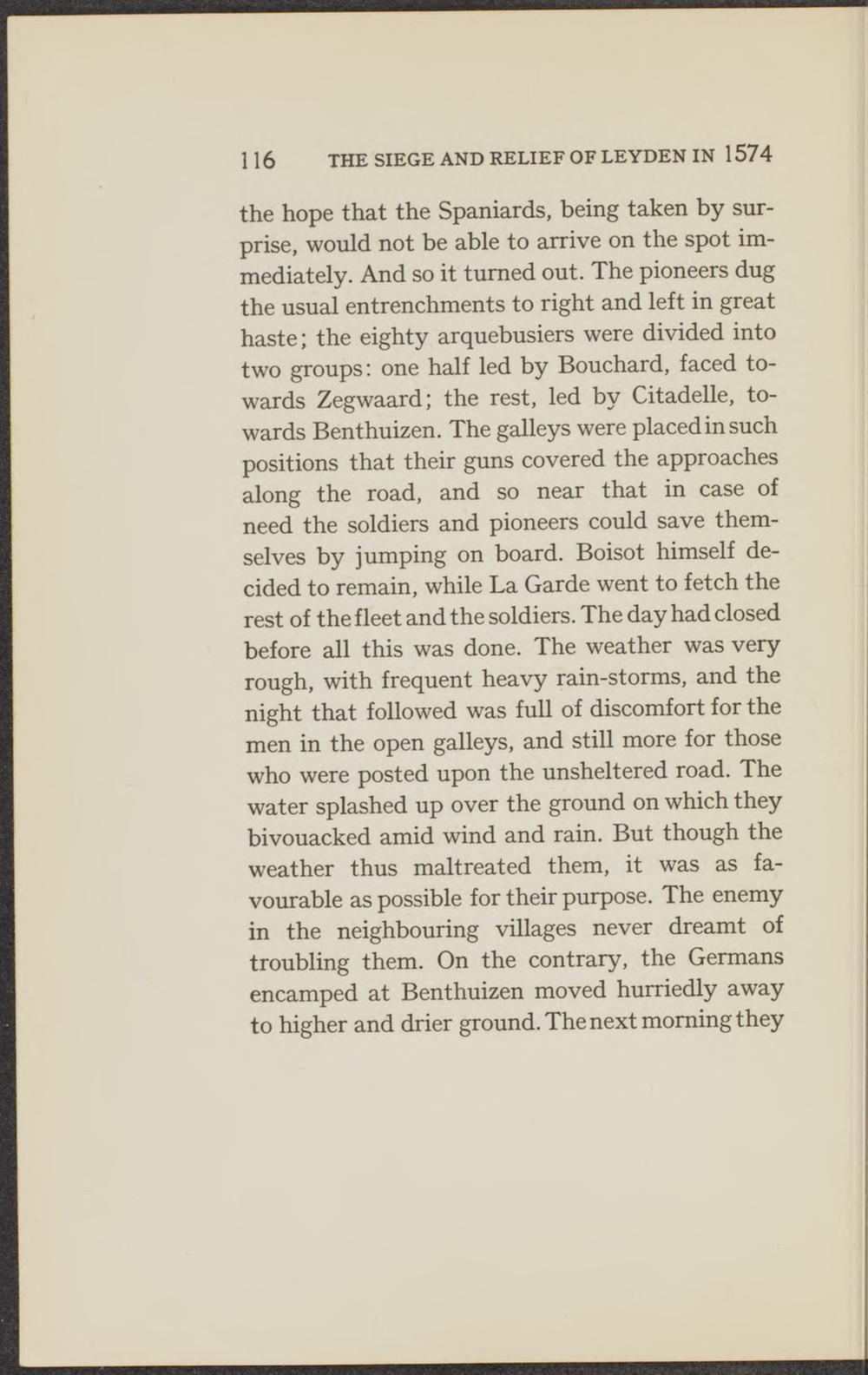 the hope that the Spaniards, being taken by surprise, would not be able to arrivé on the spot immediately. And so it turned out. The pioneers dug the usual entrenchments to right and left in great haste; the eighty arquebusiers were divided into two groups: one half led by Bouchard, faced towards Zegwaard; the rest, led by Citadelle, towards Benthuizen. The galleys were placedinsuch positions that their guns covered the approaches along the road, and so near that in case of need the soldiers and pioneers could save themselves by jumping on board. Boisot himself decided to remain, while La Garde went to fetch the rest of the fleet and the soldiers. The day had closed before all this was done. The weather was very rough, with frequent heavy rain-storms, and the night that followed was full of discomfort for the men in the open galleys, and still more for those who were posted upon the unsheltered road. The water splashed up over the ground on which they bivouacked amid wind and rain. But though the weather thus maltreated them, it was as favourable as possible for their purpose. ïbe enemy in the neighbouring villages never dreamt of troubling them. On the contrary, the Germans encamped at Benthuizen moved hurriedly away to higher and drier ground. The nextmorning they