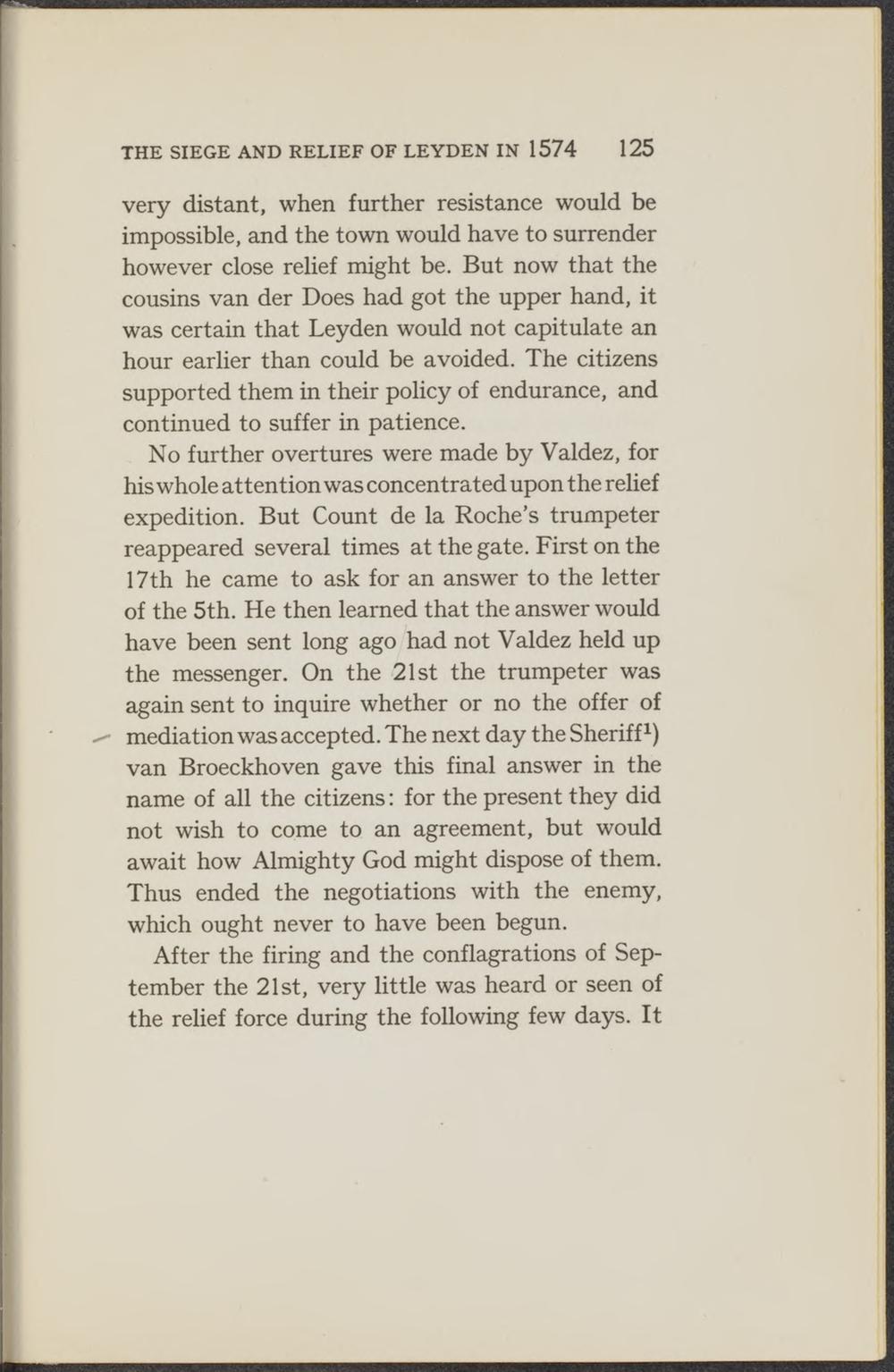 very distant, when further resistance would be impossible, and the town would have to surrender however close reliëf might be. But now that the cousins van der Does had got the upper hand, it was certain that Leyden would not capitulate an hour earlier than could be avoided. The citizens supported them in their policy of endurance, and continued to suffer in patience.

No further overtures were made by Valdez, for his whole attention wasconcentrated upon the reliëf expedition. But Count de la Roche's trumpeter reappeared several times at the gate. First on the 17th he came to ask for an answer to the letter of the 5th. He then learned that the answer would have been sent long ago had not Valdez held up the messenger. On the 21st the trumpeter was again sent to inquire whether or no the offer of mediation was accepted. The next day the Sheriff1) van Broeckhoven gave this final answer in the name of all the citizens: for the present they did not wish to come to an agreement, but would await how Almighty God might dispose of them. Thus ended the negotiations with the enemy, which ought never to have been begun.

After the firing and the conflagrations of September the 21st, very little was heard or seen of the reliëf force during the following few days. It