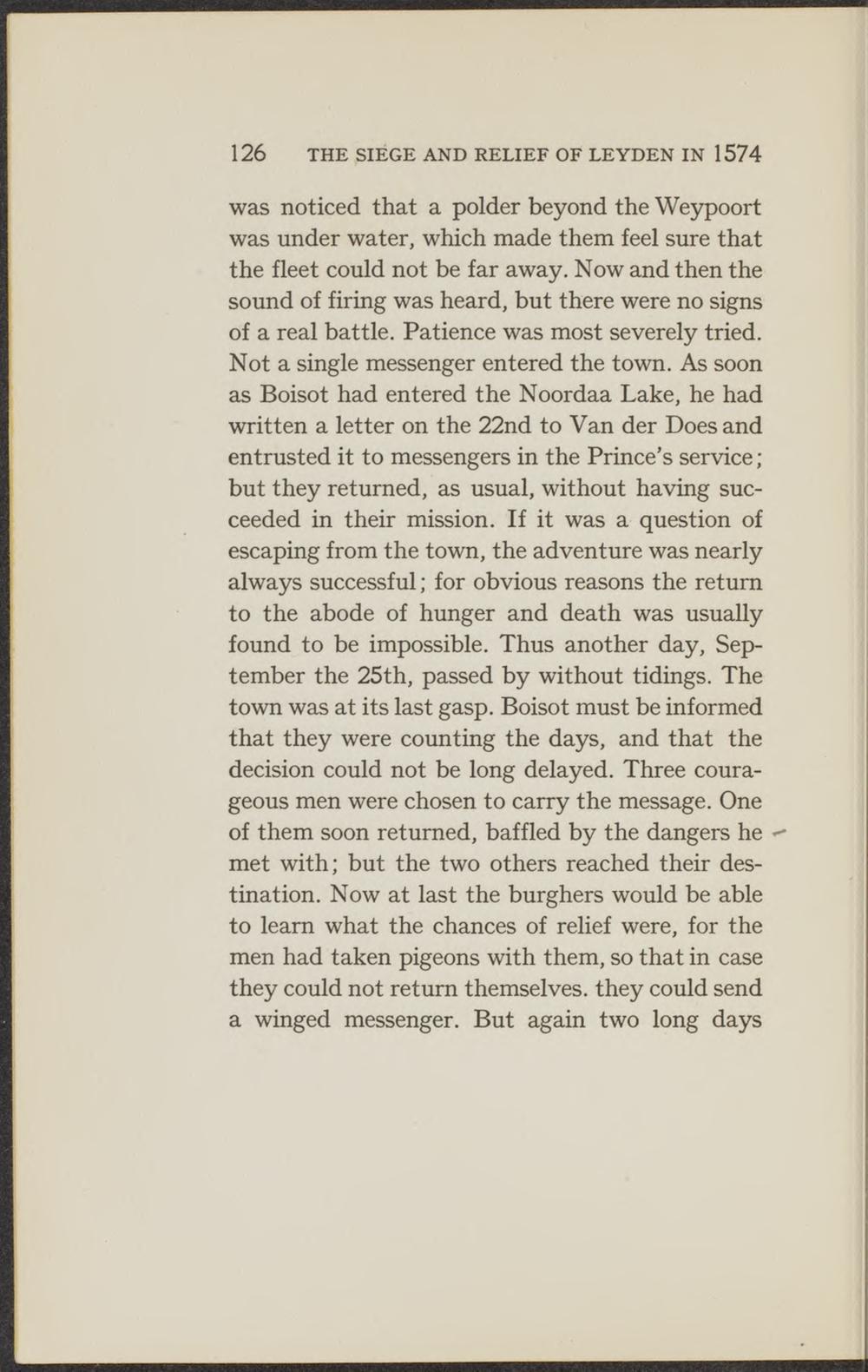 was noticed that a polder beyond the Weypoort was under water, which made them feel sure that the fleet could not be far away. Now and then the sound of firing was heard, but there were no signs of a real battle. Patience was most severely tried. Not a single messenger entered the town. As soon as Boisot had entered the Noordaa Lake, he had written a letter on the 22nd to Van der Does and entrusted it to messengers in the Prince's service; but they returned, as usual, without having succeeded in their mission. If it was a question of escaping from the town, the ad venture was nearly always successful; for obvious reasons the return to the abode of hunger and death was usually found to be impossible. Thus another day, September the 25th, passed by without tidings. The town was at its last gasp. Boisot must be informed that they were counting the days, and that the decision could not be long delayed. Three courageous men were chosen to carry the message. One of them soon returned, baffled by the dangers he « met with; but the two others reached their destination. Now at last the burghers would be able to learn what the chances of reliëf were, for the men had taken pigeons with them, so that in case they could not return themselves. they could send a winged messenger. But again two long days