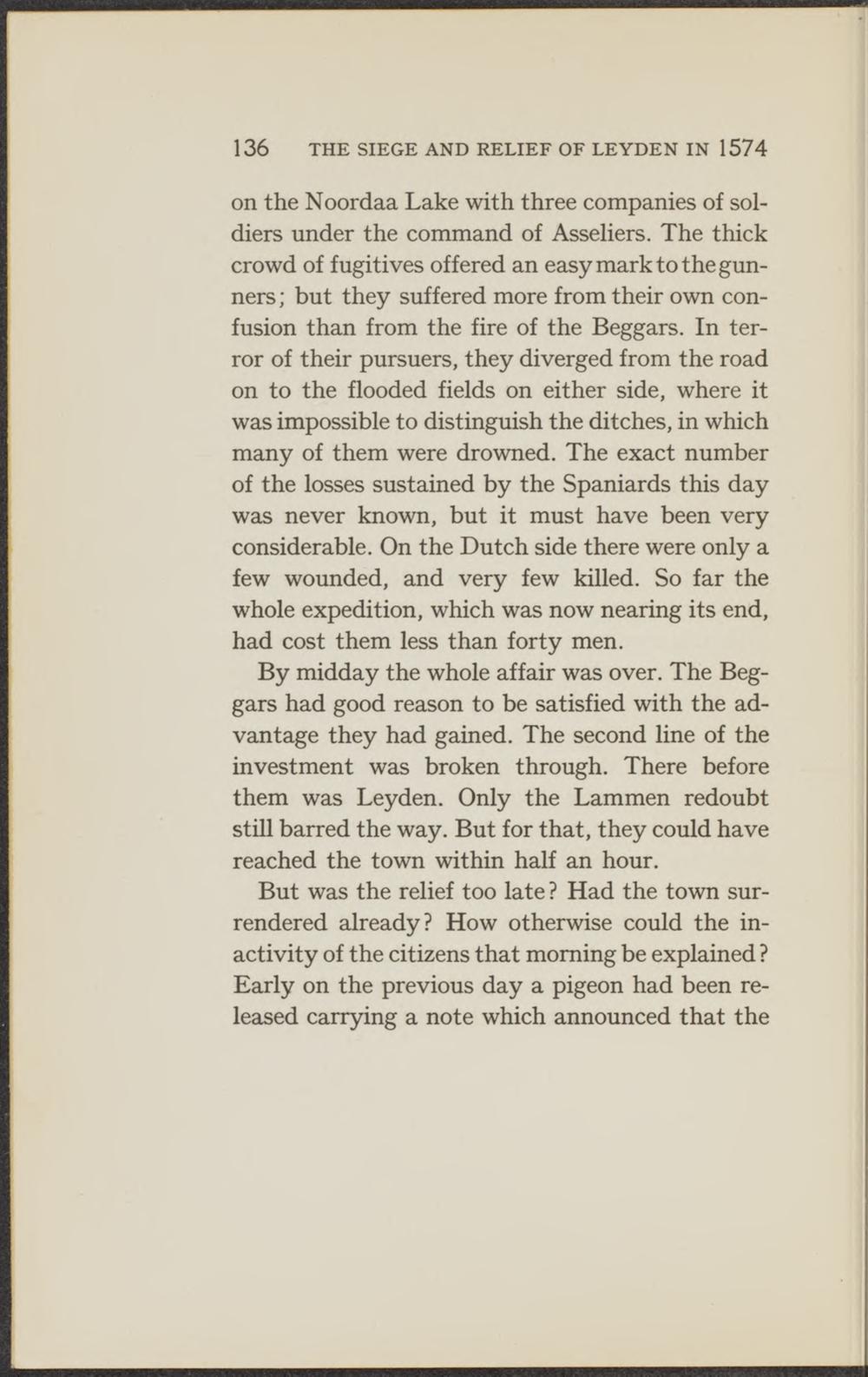 on the Noordaa Lake with three companies of soldiers under the command of Asseliers. The thick crowd of fugitives offered an easy mark to the gunners; but they suffered more from their own confusion than from the fire of the Beggars. In terror of their pursuers, they diverged from the road on to the flooded fields on either side, where it was impossible to distinguish the ditches, in which many of them were drowned. The exact number of the losses sustained by the Spaniards this day was never known, but it must have been very considerable. On the Dutch side there were only a few wounded, and very few killed. So far the whole expedition, which was now nearing its end, had oost them less than forty men.

By midday the whole affair was over. The Beggars had good reason to be satisfied with the advantage they had gained. The second line of the investment was broken through. There before them was Leyden. Only the Lammen redoubt still barred the way. But for that, they could have reached the town within half an hour.

But was the reliëf too late? Had the town surrendered already? How otherwise could the inactivity of the citizens that morning be explained ? Early on the previous day a pigeon had been released carrying a note which announced that the