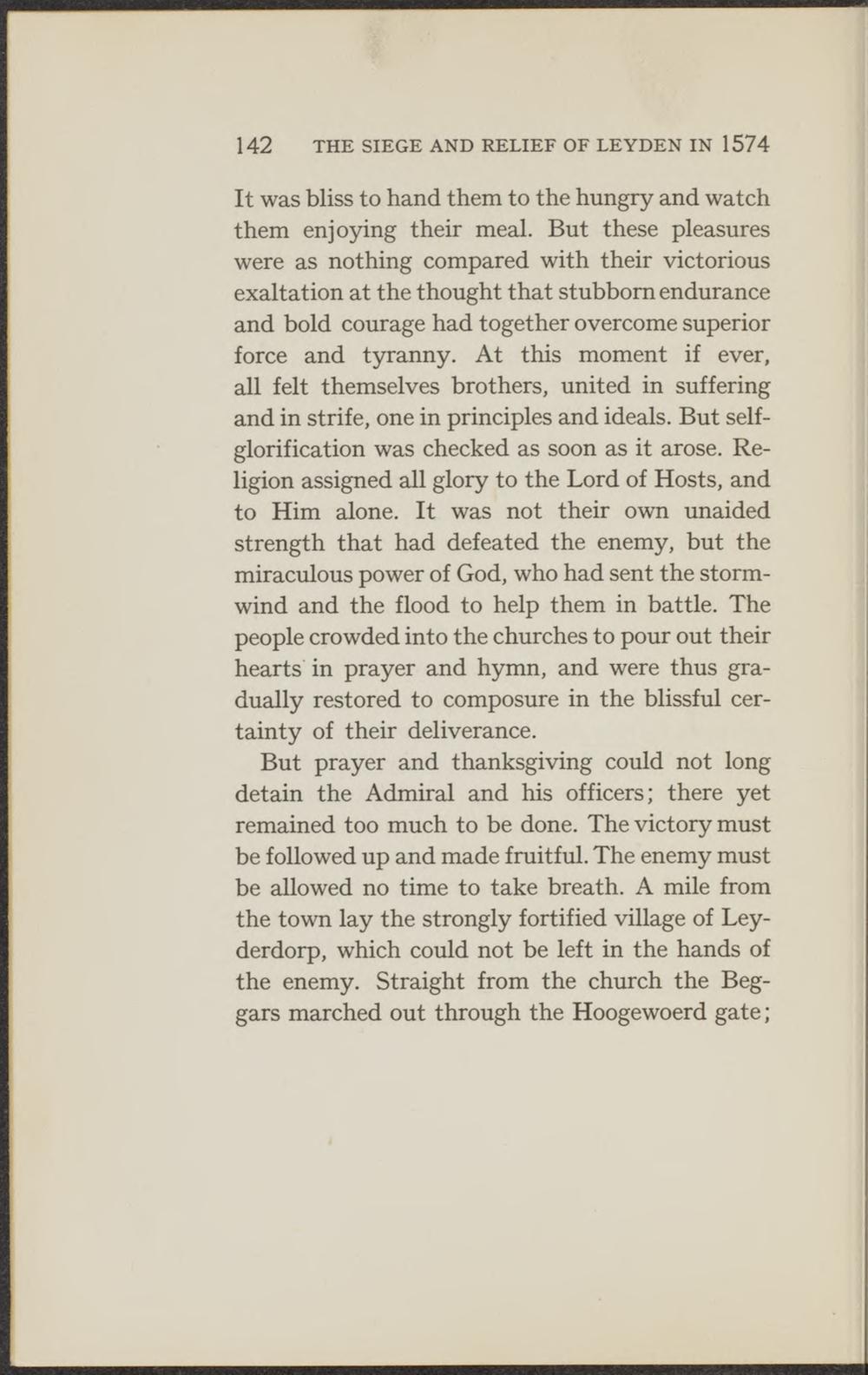 It was bliss to hand them to the hungry and watch them enjoying their meal. But these pleasures were as nothing compared with their victorious exaltation at the thought that stubbornendurance and bold courage had together overcome superior force and tyranny. At this moment if ever, all feit themselves brothers, united in suffering and in strife, one in principles and ideals. But selfglorification was checked as soon as it arose. Religion assigned all glory to the Lord of Hosts, and to Him alone. It was not their own unaided strength that had defeated the enemy, but the miraculous power of God, who had sent the stormwind and the flood to help them in battle. The people crowded into the churches to pour out their hearts' in prayer and hymn, and were thus gradually restored to composure in the blissful certainty of their deliverance.

But prayer and thanksgiving could not long detain the Admiral and his officers; there yet remained too much to be done. The victory must be followed up and made fruitful. The enemy must be allowed no time to take breath. A mile from the town lay the strongly fortified village of Leyderdorp, which could not be left in the hands of the enemy. Straight from the church the Beggars marched out through the Hoogewoerd gate;