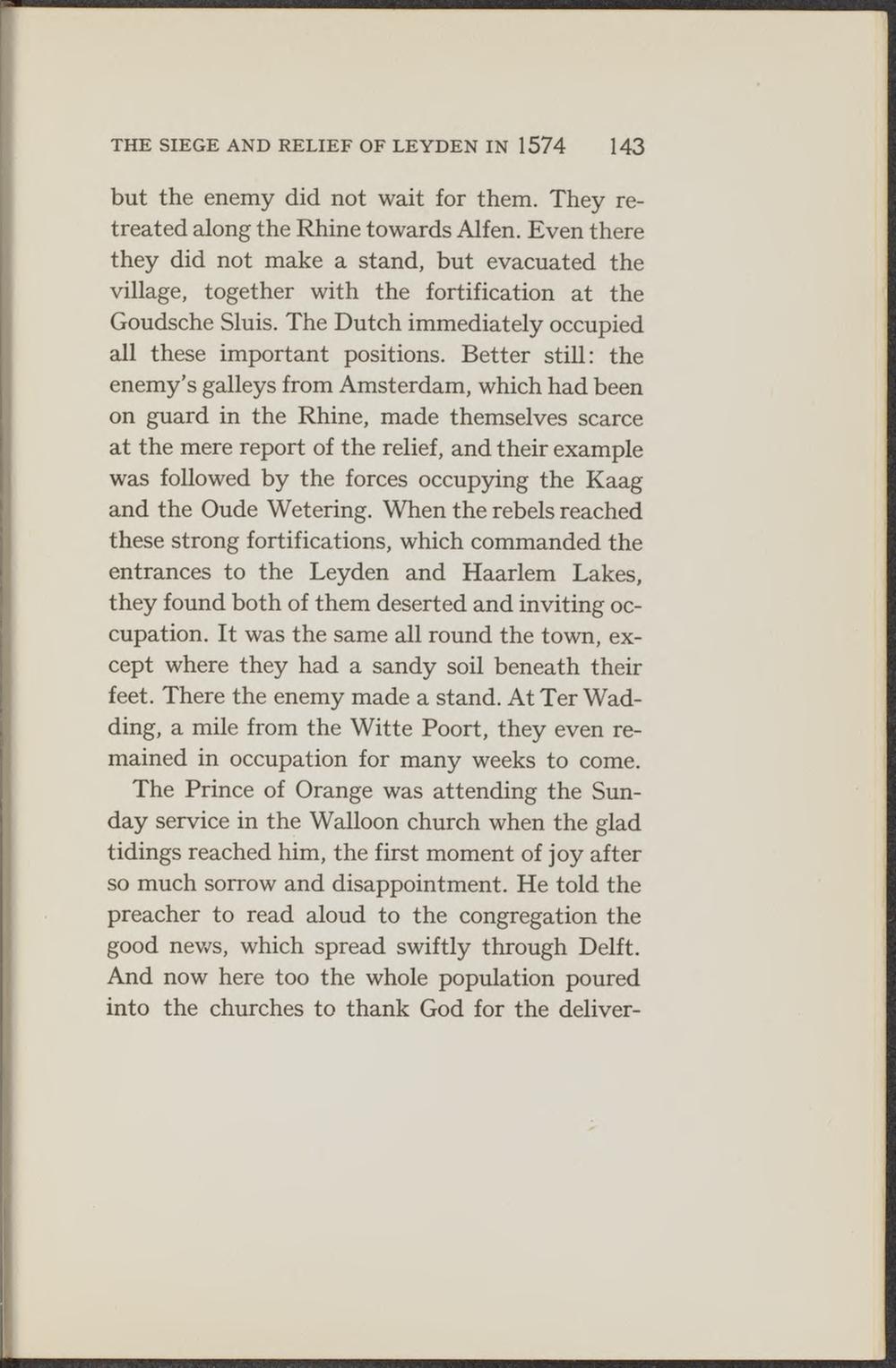 but the enemy did not wait for them. They retreated along the Rhine towards Alfen. Even there they did not make a stand, but evacuated the village, together with the fortification at the Goudsche Sluis. The Dutch immediately occupied all these important positions. Better still: the enemy's galleys from Amsterdam, which had been on guard in the Rhine, made themselves scarce at the mere report of the reliëf, and their example was followed by the forces occupying the Kaag and the Oude Wetering. When the rebels reached these strong fortifications, which commanded the entrances to the Leyden and Haarlem Lakes, they found both of them deserted and in viting occupation. It was the same all round the town, except where they had a sandy soil beneath their feet. There the enemy made a stand. At Ter Wadding, a mile from the Witte Poort, they even remained in occupation for many weeks to come.

The Prince of Orange was attending the Sunday service in the Walloon church when the glad tidings reached him, the first moment of joy after so much sorrow and disappointment. He told the preacher to read aloud to the congregation the good news, which spread swiftly through Delft. And now here too the whole population poured into the churches to thank God for the deüver-